There are so many different ways to Discover Freshkills Park and this week we hope you will find out about some that are new for you.  By way of a quick introduction, we have posted a series of three videos that provide a snapshot of what Freshkills Park is and what it is becoming as it continues to develop. 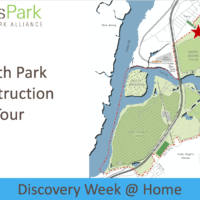 Join us for a special tour of the construction at North Park Phase 1, the first Freshkills Park project to be built within the former Fresh Kills Landfill boundary. See the progress on building the bird tower and the wetland observation deck as well as the spectacular views of Main Creek. 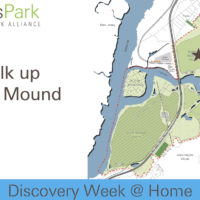 At 2,200 acres, Freshkills Park is almost three times the size of Central Park and the largest park to be developed in New York City in over 100 years. It also has a significant history as the site of the Fresh Kills Landfill, which was the largest landfill in the world before closing in 2001. 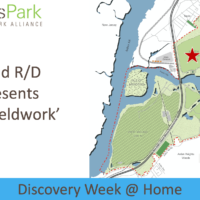 Freshkills Park Field R/D presents On Fieldwork, a presentation and discussion by the artist Nancy Nowacek of a site-specific 360 video created for the Field R/D program at Freshkills in 2018.

Parks were originally conceived of as spaces for the opposite of work. 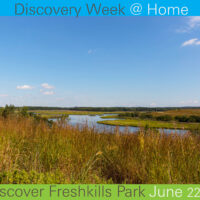 This year Freshkills Park has taken Discovery Day virtual and is excited to host activities and experiences created by the Freshkills Park team and community partners. Near or far, join us for our first “Discovery Week @ Home.”  Throughout the week, learn more about the history, wildlife, recreation, education, and art at the park through virtual experiences.

From Scream to Clean Energy 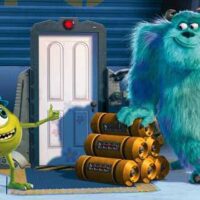 Just under 200 years ago, the modern world began the transition from steam power to electrical power.  In 1831, the discovery of an electric current in a wire ignited the second industrial revolution.  While people were initially hesitant to experiment with electricity,  integrating this new form of power into their lives led to more reliable energy, basic lighting and long-distance communication.

Biodiversity in the City 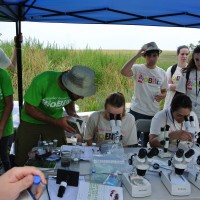 When you think about the most biodiverse places in the world, where do you think about? Maybe the Amazon rainforest or Madagascar? Many are surprised to find out that New York City lies within one of the world’s 36 biodiversity hotspots (the North American Coastal Plain), as defined by the Critical Ecosystem Partnership Fund, a global program focused on providing funding for projects aimed at protecting these areas of extreme biodiversity. 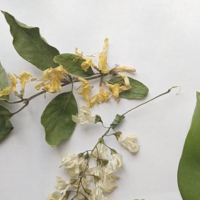 They say that April showers bring May flowers, and that’s certainly on full display during walks through the park in late spring and early summer. Nature is bursting with colorful flowers, sweet smells, and new leaves. At Freshkills Park, the grasslands are full of purple Cow Vetch, yellow Birdsfoot Trefoil, blue-green Little Bluestem. 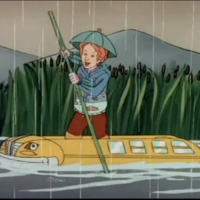 New York City Parks encompass more than 300,000 acres of land, about 14% of the city.  These parks and open spaces include many restored wetlands that are open to the public.  Some examples include Bush Terminal Park in Brooklyn, Brookfield Park in Staten Island, Swindler Cove in Manhattan, and Soundview Park in the Bronx. 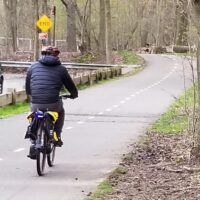 While NYC is on PAUSE, New Yorkers are turning to biking as a safe mode of transportation and exercise. Biking provides an opportunity to immerse oneself in nature while adhering to social distancing guidelines.

As Freshkills Park opens its 2200 acres in phases, bike-friendly infrastructure and programming are central. 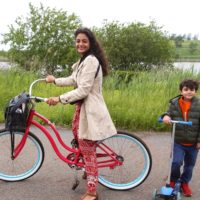 To celebrate biking in May, we created this Bingo board to document the plants, birds, and people that you may see while biking along the New Springville Greenway or your favorite local park. Click here for a printable version.

Biking Through The Ages Playlist 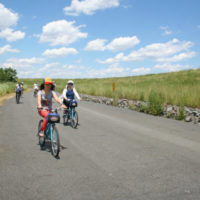 A virtual ride down memory lane!

It’s National Bike Month and even if we are on lockdown, biking is a great way to enjoy outdoor time, get some exercise and lift our spirits.  If you want to get a little more competitive, join the National Bike Challenge and log your miles at https://www.lovetoride.net/usa 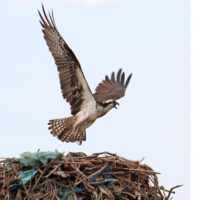 Each Spring many migrant birds can be seen at Freshkills Park, either returning to spend the warmer months with us, or traveling through to locations further north. One of these returning species is the Osprey (Pandion halibuts). Although a common species today that is growing in numbers, Ospreys faced dramatic population declines in the 1950s and 60s due to the usage of the pesticide DDT.

Love Animals? Observe With an Ethogram 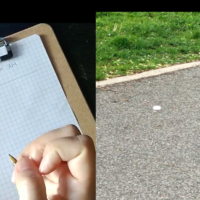 Have you ever wondered why animals act a certain way? At Freshkills Park, researchers use ethograms to learn more about animals like osprey. In this week’s STEAM @ Home challenge, learn more about your pet, neighborhood birds, or even a mosquito through observing and recording their behavior with an ethogram. 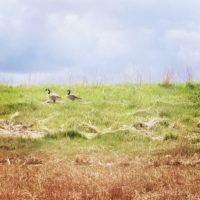 “The Dirt” on Soil at North Park Phase 1 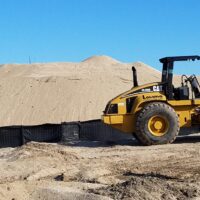 The construction at North Park Phase 1 requires the import of about 100,000 cubic yards of soil. About half of that material, referred to as “general fill”, will be used to cover the existing soil and create new topography for the park paths, picnic areas, seed farm and planted areas. 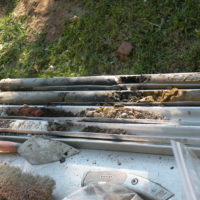 Soil is a complex, living ecosystem, full of microorganisms, fungi, worms, insects, bacteria, and nutrients, as we learned by watching Dirt! The Movie. Today, we will learn more about how researchers study soil in Freshkills Park and beyond.

Watch this video to learn about soil sampling and invent a device to take a core sample using things you have at home!

The Dirt on Dirt! The Movie 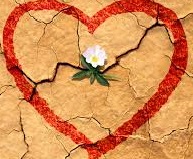 Over the past few weeks, we have explored the importance of pollinators and native grasses. For these species to succeed up top, quality soil needs to exist below. To help bring the outside in and get our virtual hands dirty, our FreshFlick of the week is Dirt! 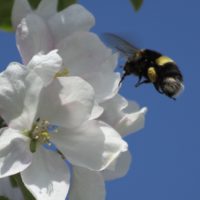 How many pollinators can you name? Honeybees are the world’s most famous pollinators, but they’re not the only ones. Pollinators include insects, birds, bats, and even some reptiles. Some pollinators are generalists, meaning they will pollinate all plants, while others only pollinate specific species. 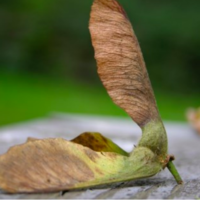 Can plants move? Plants can’t walk, but they have to “move” to reproduce and find successful habitat for growth. Pollinators, like Barry in Bee Movie, help plants reproduce by carrying pollen from one plant to another. Seeds have evolved structures similar to parachutes, helicopters, and fasteners to move across their habitats.