It’s Fledgling Season for the Osprey at Freshkills Park 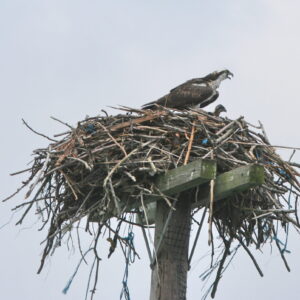 If you’re close to a body of water, a familiar sight this time of the year might be an Osprey (Pandion haliaetus) soaring overhead, carrying a fish in its talons. In fact, Ospreys were historically called Fish Hawks because their diet is almost exclusively composed of fish. 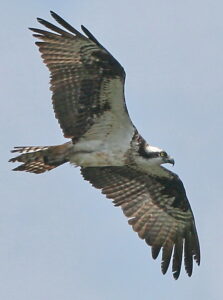 Not so long ago, Ospreys were far less common across their range. They experienced a substantial population crash from the 1950s to the 1970s due to the use of agricultural pesticides, most notably DDT. The effects of DDT resulted in blood poisoning and thinning of eggshells. As a result, the breeding population in the northeast (between New York City, NY and Boston, MA)  dropped from an estimated 1,000 nests in the late 1940s, to only 150 nests in 1969. DDT and other pesticides were banned in 1972, and since then, Osprey populations have rebounded, becoming a remarkable conservation success story. Although Ospreys are no longer endangered in New York State, they are considered a species of Special Concern.

The Ospreys in our area are migratory, traveling hundreds of kilometers between their breeding grounds in North America to their wintering grounds in the southern United States, Mexico, and as far south as South America. They are one of our first birds to return in the spring, making it to the New York  area in mid-March. Osprey typically mate for life, and upon their return from migration, pairs of Osprey will generally reuse the nest from the year prior. 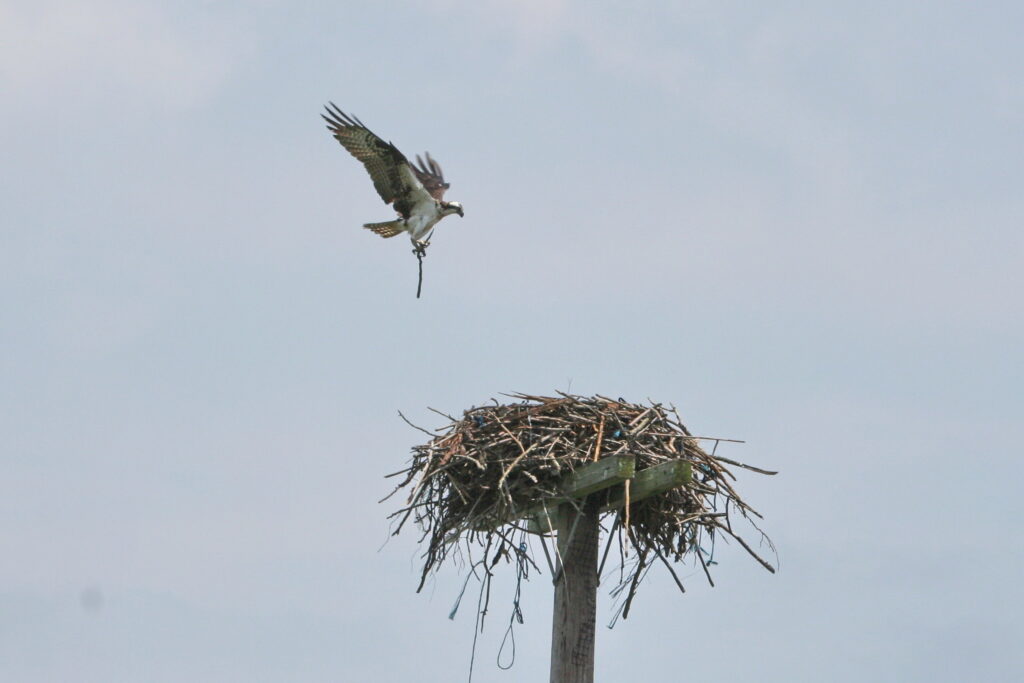 Ospreys build very large nests, often atop telephone poles and platforms, although sometimes they will also nest on the ground on small islands. Nests can be greater than six feet wide and just as tall, as they continuously add to their nests year after year. With a five to six foot wingspan, Ospreys prefer to nest in open surroundings. Nests are composed of large sticks (see picture below) and deadwood, and lined with bark, sod and grasses. Unfortunately in urban habitats, they will often incorporate garbage, such as plastics and fishing line into the nests, which can cause a bird or its young to become entangled. Therefore, we make sure to keep a watchful eye on our nests at Freshkills Park, which are monitored daily. 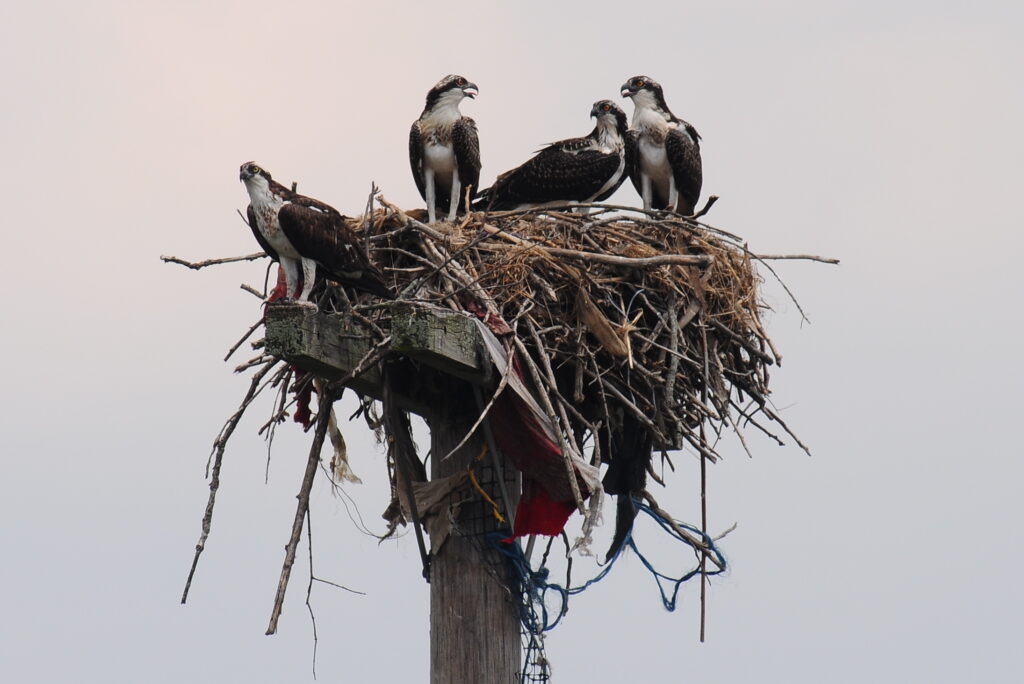 Ospreys will typically lay one to four eggs, which are incubated for about 42 days. At around eight weeks old, they are ready to fledge. This year, Freshkills Park was home to seven successful nests, with 13 juveniles ready to fledge at any moment. The fledglings can be distinguished from the adults by the speckling on their wings, as well as a bright red iris, which will gradually change to yellow over the course of a few months. Over the next few weeks we will be watching our newly independent birds as they learn to fish for themselves!