Rain, Rain, go away, too much at once worsens our waterways.  While too much rain may not seem like a problem, in a highly developed city with a combined sewer system, excessive rain “spills” out trouble.  This past weekend, Tropical Henri brought a lot of heavy rain, flash flooding, and coastal surges to the NYC area.  On Saturday, NYC rain broke records, both having its wettest day since 2014 with Central Park receiving 4.45″ of rain and its overall wettest hour between 10 and 11 pm, receiving 1.94″ of rain.

As a result of the severe weather, the Homecoming concert in the Park was sadly cut short.  So how else can fresh rainwater be a problem?  To understand, we have to explore the water works in NYC.  Where does the City’s rainwater go?  How is it treated? What happens when it rains too much? too fast? While no one can control the weather, knowing more about storm water management and making small changes at home can help make New York City more resilient.

New York City was once rolling hills and tidal wetlands, with abundant permeable cover to absorb excess rain and storm surge.  As the city became more developed, especially the waterfronts and coasts, with concrete, impermeable surfaces, and infrastructure, the land became less absorbent.  Even though 40% of the city is “green”, and those spaces absorb some water naturally, most storm water eventually flows over streets and other hard surfaces, sweeping oil, grease, pathogens, sediment and more, into storm drains and basins which connect to the combined sewer system.  The City’s system is termed a combined system because it accepts both storm water and sewage which are then combined in the sewer before being sent to a wastewater treatment plant. 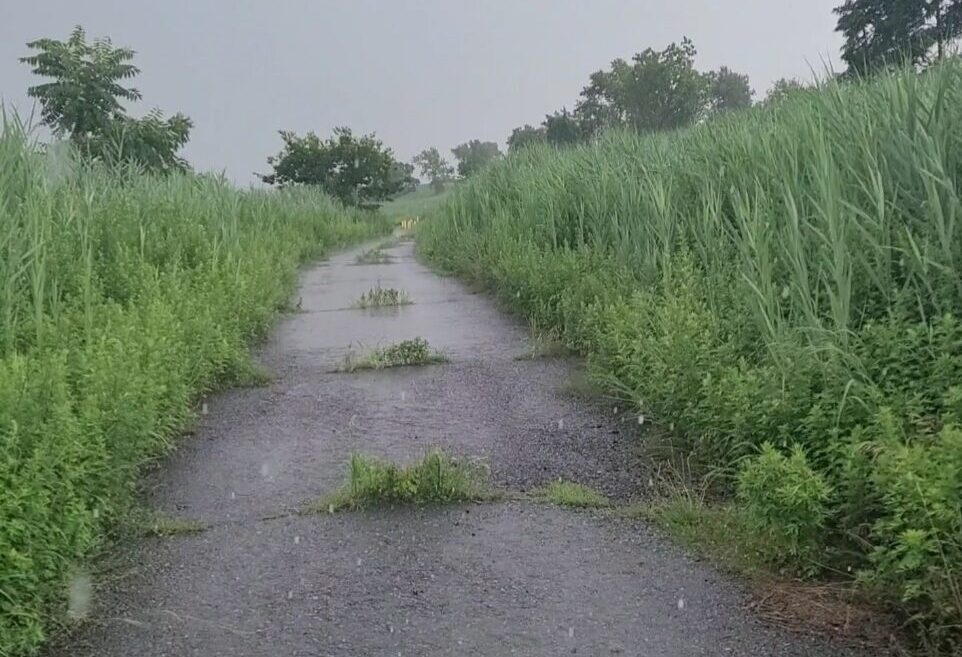 Under normal conditions,  the Wastewater Treatment Plants, along with green infrastructure already in place, can accommodate the volume of flow from the combined sewer system. .  However, if the rate of rainfall causes the stormwater output to reach twice a facility’s designed capacity, the excess rainwater and untreated sewage will be discharged directly into the City’s waterways. When this happens, it is called a “Combined Sewer Overflow”   Recently, the 2021 New York City Triathlon cancelled the swimming portion of their event, because heavy rainfall had  caused sewage to flow into the Hudson which resulted in unsafe levels of bacteria in the river.  In addition, a few NYC beaches have recently advised against swimming due to inadequate water quality.  Different beaches may receive a swimming  advisory based on their location and the amount of rain in a given period.  During one of the last storms, a notable 1.56” of rain was recorded in a single hour, making it the eighth heaviest rain in a single hour since 1943.  As a city defined by its waterways and in need of the cleaning action of wetlands, NYC Parks and Natural Areas NYC are committed to restoring and conserving the City’s wetlands and have recently released their long term plan Wetland Management Framework.

While we can’t regulate the weather, we can improve our water usage and support existing programs dedicated to protecting our waterways.  Did you know that during heavy rain, it is helpful to conserve water?  The water we use to shower, do laundry and clean, is added to the combined sewer system.  By using less water and resting the drain, during flash floods and heavy rain, we can reduce the volume of water being piped to wastewater treatment plants and minimize the probability of a combined sewer overflow.  In addition, knowing what can or can’t be flushed can help reduce clogs or harmful materials from entering our waterways.  To help out after a storm, supporting a local shore cleanup can help remove litter that has washed from near or far.  Finally, by becoming a supporter of local organizations like Natural Areas NYC, Our Waterfront, and the Freshkills Park Alliance, who are committed to restoring and strengthening our  Wetlands and educating the public about their value, you can contribute to the future of New York City. 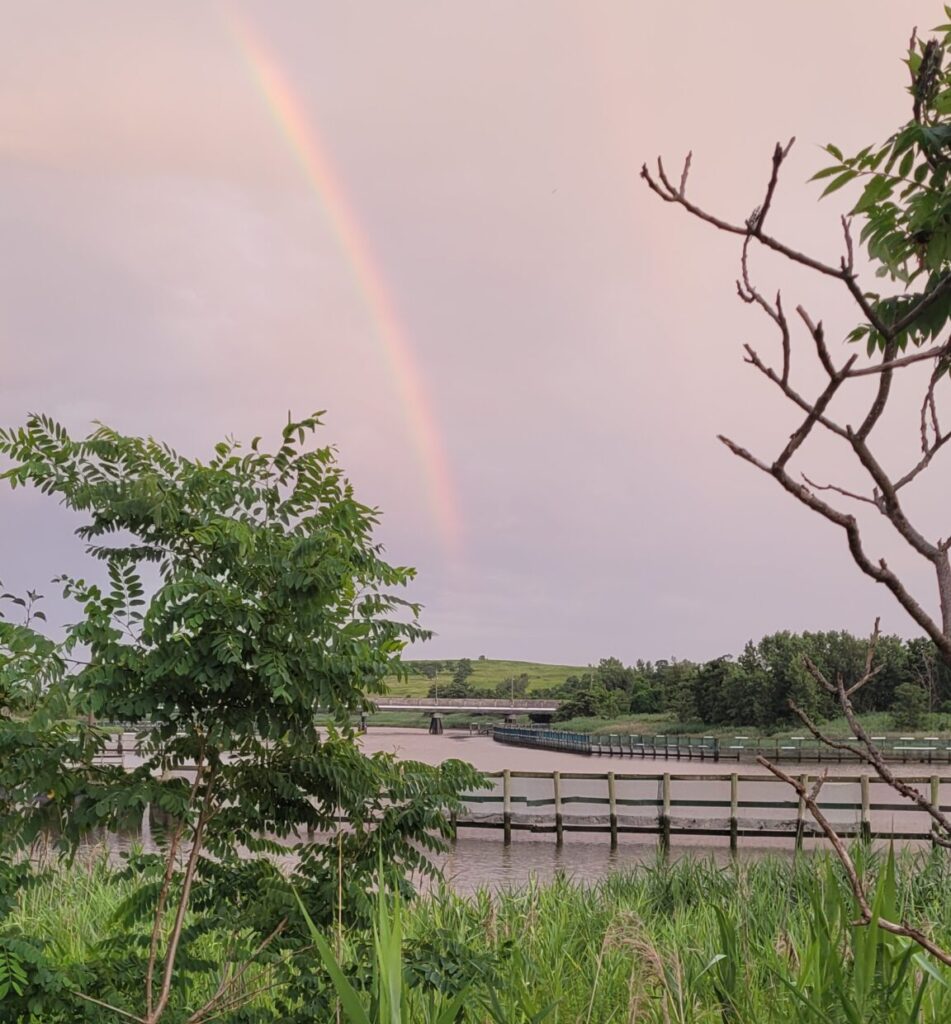