Mannahatta: Before the Concrete Jungle

Every day, I look around up in awe as I walk along the streets of this majestic city: New York, NY. Manhattan is practically synonymous with “skyline”; the iconic towering buildings serve as a testament to the creativity and dominance of mankind. However, a paradox looms in the shadows of the concrete jungle, revealing the dark side of city life. It’s hard to imagine the plants and creatures that once thrived on the land beneath the thick layer of paved impenetrable stone. The consequences of anthropomorphic dominance are becoming increasingly more evident, with issues such as climate change, habitat destruction, and species extinction worsening by the day. As we seek solutions to these complex issues, it is important that we stop and reflect upon the individualistic and exploitative culture that has led us to this point, and recognize that the land we currently inhabit once belonged to people who subscribed to a different set of beliefs.

The center of the city that we now call Manhattan was once Mannahatta, meaning “land of many hills” in the Lenape language. The Lenape are the group of indigenous people that once inhabited and cared for the area spanning from central New York state to southern New Jersey and from western Connecticut and eastern Pennsylvania. Today, the remaining Lenape people primarily reside in Oklahoma, Wisconsin, and Canada, but their knowledge of how to tend the New York City landscapes has been preserved (Carman, 2013). By stepping into the past, Freshkills Park will be better equipped to build New York’s sustainable future, with the Lenape people serving as our teachers. The east coast is primarily known for its temperate deciduous forests that change colors with the seasons, however, forests have always historically shared the land with their lesser-known counterpart; grasslands. In this painting by Thomas Davies, a British painter who documented the American landscapes upon his arrival, you can see the blend of deciduous forest, open grasslands, and freshwater marshes of which the territory was composed.

In 1609, the land in Manhattan was roughly made up of:
77% forest and shrubs
10% grasslands
8% freshwater marshes 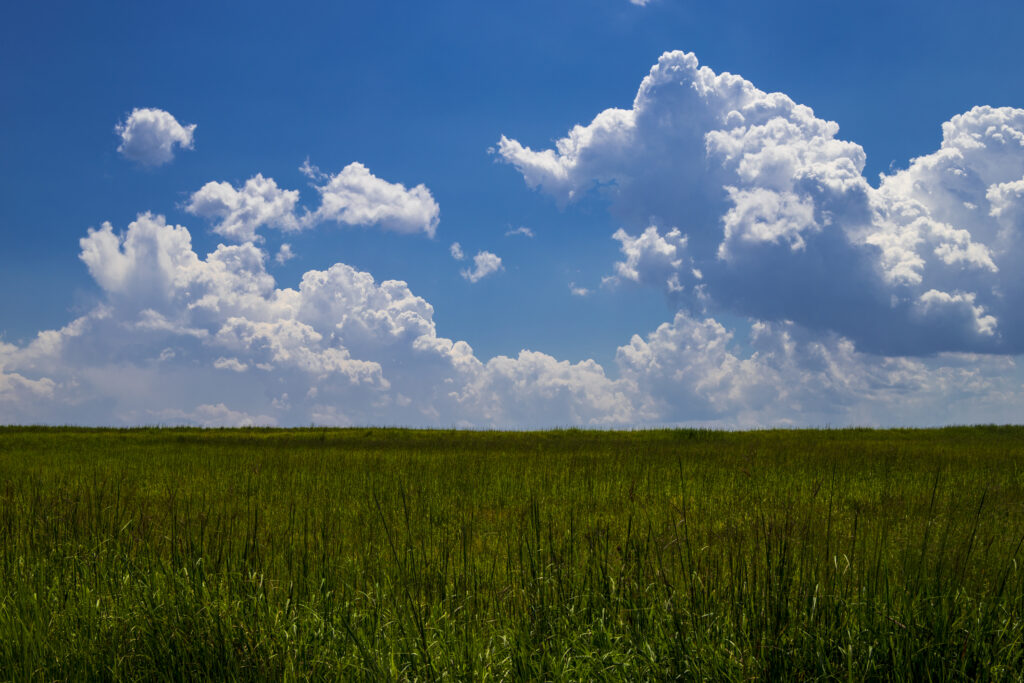 Grasslands are some of the most fertile lands on earth; it is no wonder they comprise 80% of agriculturally productive land worldwide! The Lenape people knew how to manage and care for the land to ensure it stayed fertile. They cultivated primarily corn, climbing beans, and squash, known as the Three Sisters. Corn was planted first, then the climbing beans were planted at the base of the corn so they could grow up the stalk of the corn. Finally, the squash was planted in the center rows. The large leaves of the squash preserved the moisture in the soil and protected the base of the corn and beans. This system of the Three Sisters allowed for a large corn harvest in the Fall, and a squash harvest in the winter months. Spring, summer, and fall were crucial planting and harvesting seasons. In May, the cultivation fields were cleared of weeds using controlled fires, and the ash was distributed and turned into the soil. This process was essential in maintaining soil fertility, which was beneficial for the entire ecosystem (Carman, 2013).

In addition to being highly fertile, grasslands are also essential for filtering and distributing water. They are what is known as a “water catchment,” which is an area of land where water flows to a single source (a stream, a river, a lake, etc.). Water catchments provide species, including humans, with clean and fresh water. These water sources are the backbone of irrigation systems, and thus our entire agricultural production. Without grasslands to clean, filter, and distribute our rainwater, our entire agricultural system is doomed to fail (Engle, 2014). 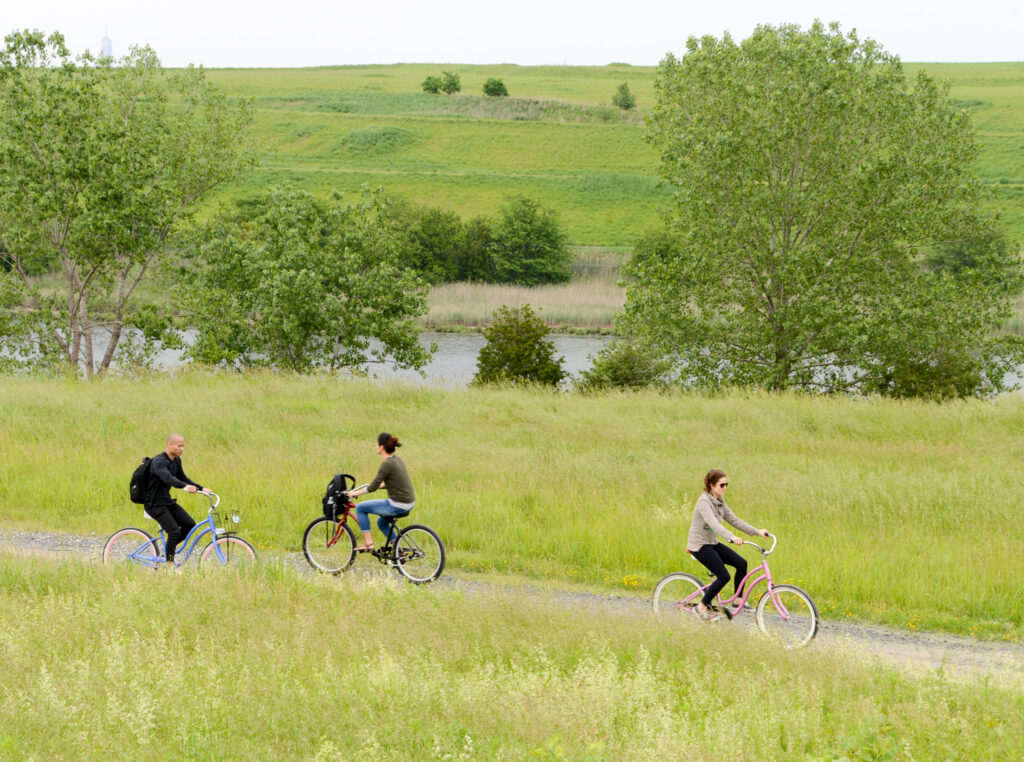 Due to the “empty” appearance of grasslands, it can be tempting to plant trees in their place. However, grasslands are not empty at all, but rather thriving ecosystems with high plant and species biodiversity and must be preserved as they are. In fact, tree farms (i.e. homogeneous forestation) pose a considerable threat to grassland habitats. Tree farms are private plots of land where trees are cultivated for timber. Common tree farm species include juniper and pine, both of which can be highly invasive. When filled with native species and packed with biodiversity, forests are an indispensable part of the northeastern ecosystem. However, planting trees alone does not constitute an eco-friendly development plan; especially when it entails clearing grasslands (Engle, 2014).

For all the reasons discussed, Freshkills park has committed itself to grassland conservation. With over 2,200 acres of land, Freshkills park provides New York City with the unique opportunity to conserve this vital ecosystem and also bring back some of the endangered species that depend on grasslands for survival. With your continued support, we can make sure everyone knows the history and importance of this undervalued ecosystem, and we can be sure to honor those who inhabited the land before us.

Carman, A. (2013) Footprints in Time: A History and Ethnology of the Lenape-Delaware Indian Culture, Trafford Publishing.