Freshkills Park’s North Park is Getting Closer to Construction 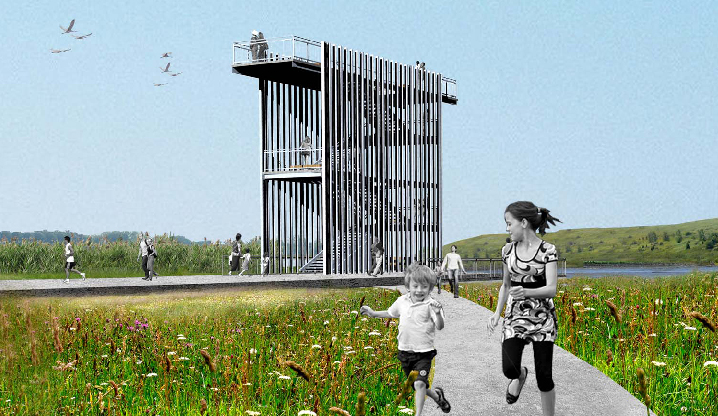 Exciting progress is being made on the first interior park project at Freshkills Park, known as North Park Phase 1. This landmark 20-acre project will connect visitors to views of the park’s hills and waterways.

Freshkills Park has been opening gradually since 2012. The first projects to open were neighborhood amenities along the park boundaries: Owl Hollow Soccer Fields on Arthur Kill Road, the redesign of Schmul Playground on Wild Avenue, and the 3-mile New Springville Greenway along Richmond Avenue. North Park is a milestone project because it will be the first section inside the Fresh Kills Landfill boundaries to become NYC Parks public parkland.

Phase 1 of North Park will have two miles of multi-use pathways that connect visitors to overlook structures with views of Main Creek and the William T. Davis Wildlife Refuge. It will also include a parking lot just off Wild Avenue, restrooms, and a connection to Schmul Playground. NYC Parks’ Greenbelt Native Plant Center will operate seven acres of native seed plots, providing flowering meadows that include a wide variety of native grasses and flowering plants such as Purple Coneflowers and Black-Eyed Susans.

Design for North Park Phase 1 was completed in March 2016. The project is now in the procurement phase, during which the construction contract is advertised and awarded to a bidder. NYC Parks has received bids for this contract and is in the process of selecting a Contractor. Working with external agencies, Parks is now reviewing the bids and the vendor’s qualifications.

The estimated conclusion of the procurement phase is early in 2017. After that, the construction timeline will be established. For updates on this exciting momentous project, join the Freshkills Park mailing list and watch its progress on the NYC Parks Capital Project Tracker.