From Behind the Mounds: North Park Wetland Restoration

This summer marks the one-year anniversary since the restoration of salt marsh wetlands along Main Creek in North Park. During the spring of 2013, a crew that specializes in ecological restoration completed construction in an area formerly dominated by Phragmites into a successional wetland. Crews cleared the remaining Phragmites after the goats’ feast in 2012 and installed a 3.5 foot deep wall of sheet piling to prevent the invasive species from regaining control of the 1.8 acre area. They re-graded the land to a very gentle slope, as is common in salt marshes, and planted a variety of tidal friendly plants such as cordgrass, switchgrass, swamp-rose mallow, and sea lavender. 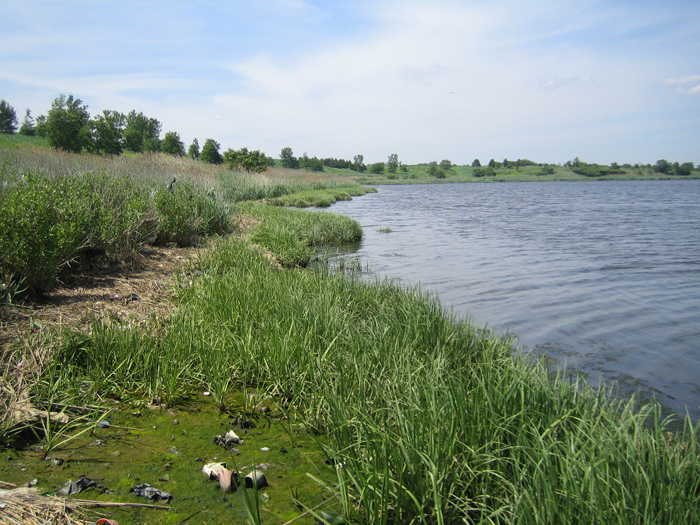 In addition to planting native species, the wetland area underwent a rejuvenation of micro-ecosystems typically found in a healthy tidal wetland. Initially, tidal mudlands gave way to a very small patch of native cordgrass, which was immediately succeeded by Phragmites. Bags of empty mussel shells were placed on the tidal mudlands to encourage sedimentation and underwater creatures to take up residence. Coconut-fibre logs were placed where the tidal mudlands met the first line of plant life to stabilize the shoreline. The gentle grading allowed for a successional wetland that went from mudlands, low and high marshes, salt panne (tidal pools), coastal shrublands, and finally coastal grasslands. This diversification of plant life and habitats encourages a healthy, biodiverse ecosystem which could perform a variety of functions such as water filtration and storm protection farther upstream.

Successional wetlands are an important part of the natural areas found within New York City. As mentioned before, wetlands provide many different services to the local environment. The restoration at North Park was undertaken to improve these ecological services in the area and to combat the onslaught of Phragmites and other invasive wetland plant species. So now that a year has passed, how is the overall health of the salt marsh?

As of today, the site remains in very good condition with vigorous plant growth in the planted sections of native grasses and herbaceous plants. What was once a very narrow band of cordgrass and Phragmites along the river bank has expanded into an 8-foot wide zone of solid cordgrass, followed by native shrubs and herbaceous plants. The sheet-piling that surrounds the restoration zone has successfully kept out the Phragmites that still inhabits the local area. A wetland is more than its plants, however, and monitors have seen encouraging signs at the return of wildlife to this more natural wetland. Many different wetland birds have been observed hunting for food or nesting within the site. Turtle nests have been found and footprints of animals like the white-tail deer and muskrat dot the soil. These are all signs that the wetland restoration is holding and providing a much better habitat for all types of wildlife. 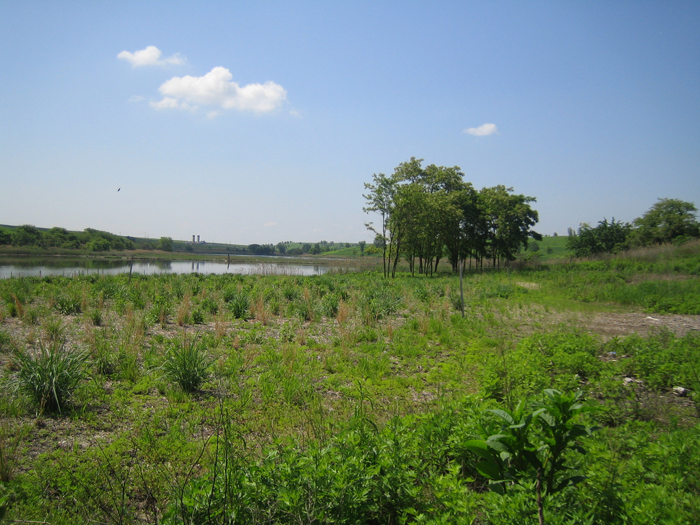 It has only been a year, and the success of a wetland is measured over a much longer period of time. To ensure the long-term health of the North Park Wetland, a 5-year monitoring plan is underway that assesses the plant and animal life found in the restoration zone on an annual basis. The monitoring plan follows a rigorous, science-based scheme that has been set forth by New York State Department of Environmental Conservation, as well as the City Parks Department. Additionally, observations of wildlife are made during regular site visits by staff members, thus giving environmental monitors abundant evidence of the health of the ecosystem. Any changes – for better or worse – in the wetland will be detected by the monitoring program, allowing corrective action to be taken if it is needed to guarantee the success of the restoration. In the future, visitors to Freshkills Park will be able to observe the restoration site from a bird-viewing tower that will overlook the area. It will be an important link to the uniqueness and environmental recovery that the park stands for.