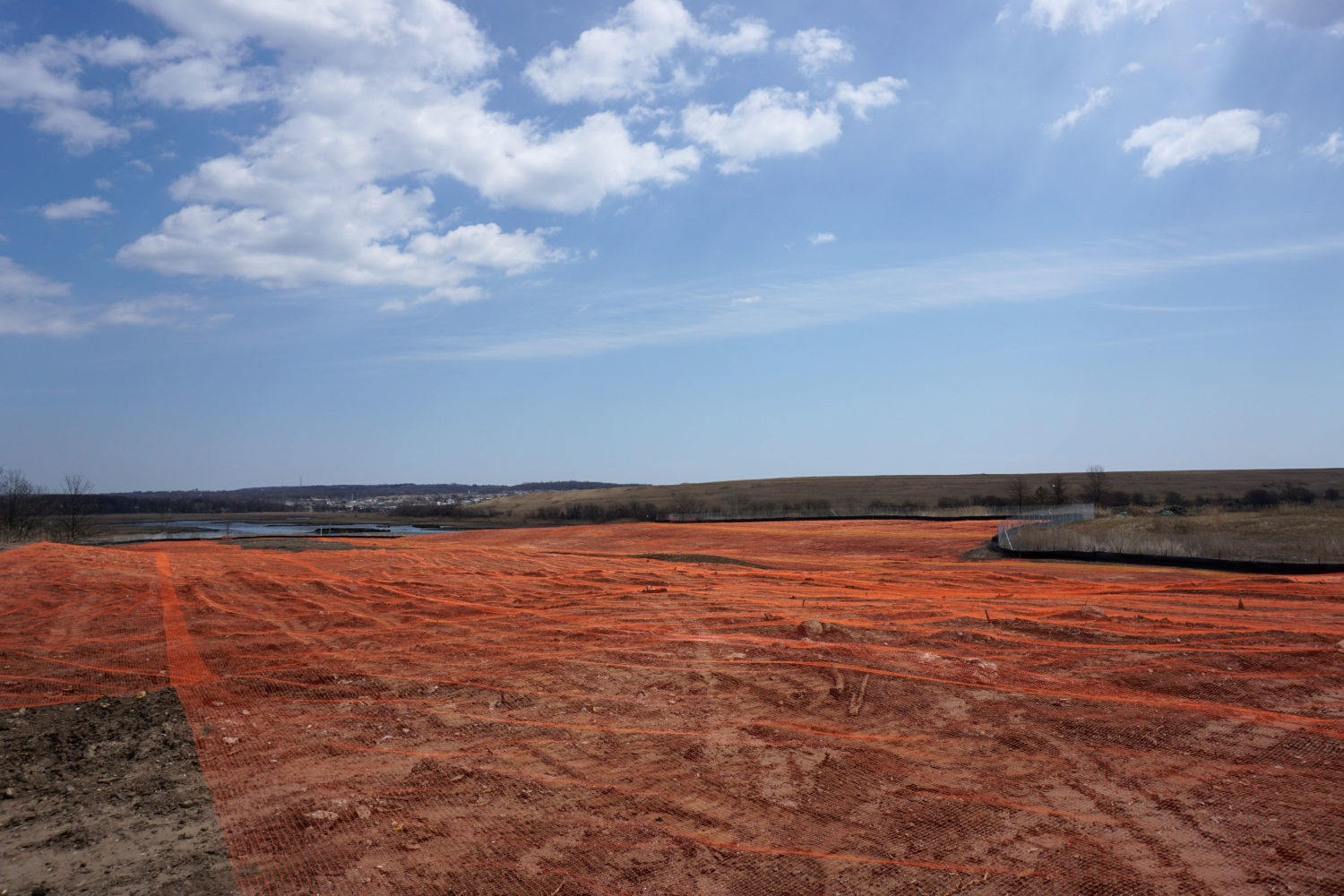 The demarcation layer netting was placed before adding two feet of additional soil.

Phase one of North Park will be the first section inside the Fresh Kills Landfill boundaries to open to the public, connecting visitors to spectacular views of the site’s hills and waterways. NYC Parks and NYC Sanitation broke ground on the project in July 2017. Since then, contractor Lomma Construction and oversight consultant Arcadis of New York Inc. have been making progress with construction through the fall and rainy, snowy winter months.

Before any surveying or construction work could be done, the crew needed to address the Phragmites, a dense invasive plant species that had grown to over eight feet in height. The Phragmites had to be sprayed and cut down to ensure that it did not return. The plant out-competes most other wetland plants, creating a monoculture and altering ecosystems in negative ways. NYC Parks used goatscaping to remove Phragmites at the pilot two-acre wetland restoration site in 2012, but 21 acres was more than goats could handle on the schedule that a construction project required.

Construction sites also require fencing to prevent public access to areas of heavy equipment. Once the Phragmites was cleared, Lomma erected over 10,000 feet of fencing around the construction site. Since the North Park Phase 1 site will have a pedestrian connection to Schmul Park, some of the fencing was placed there. Lomma also installed 9,100 feet of silt fencing to prevent erosion of surface soils and sediment and protect the nearby wetlands and water bodies. 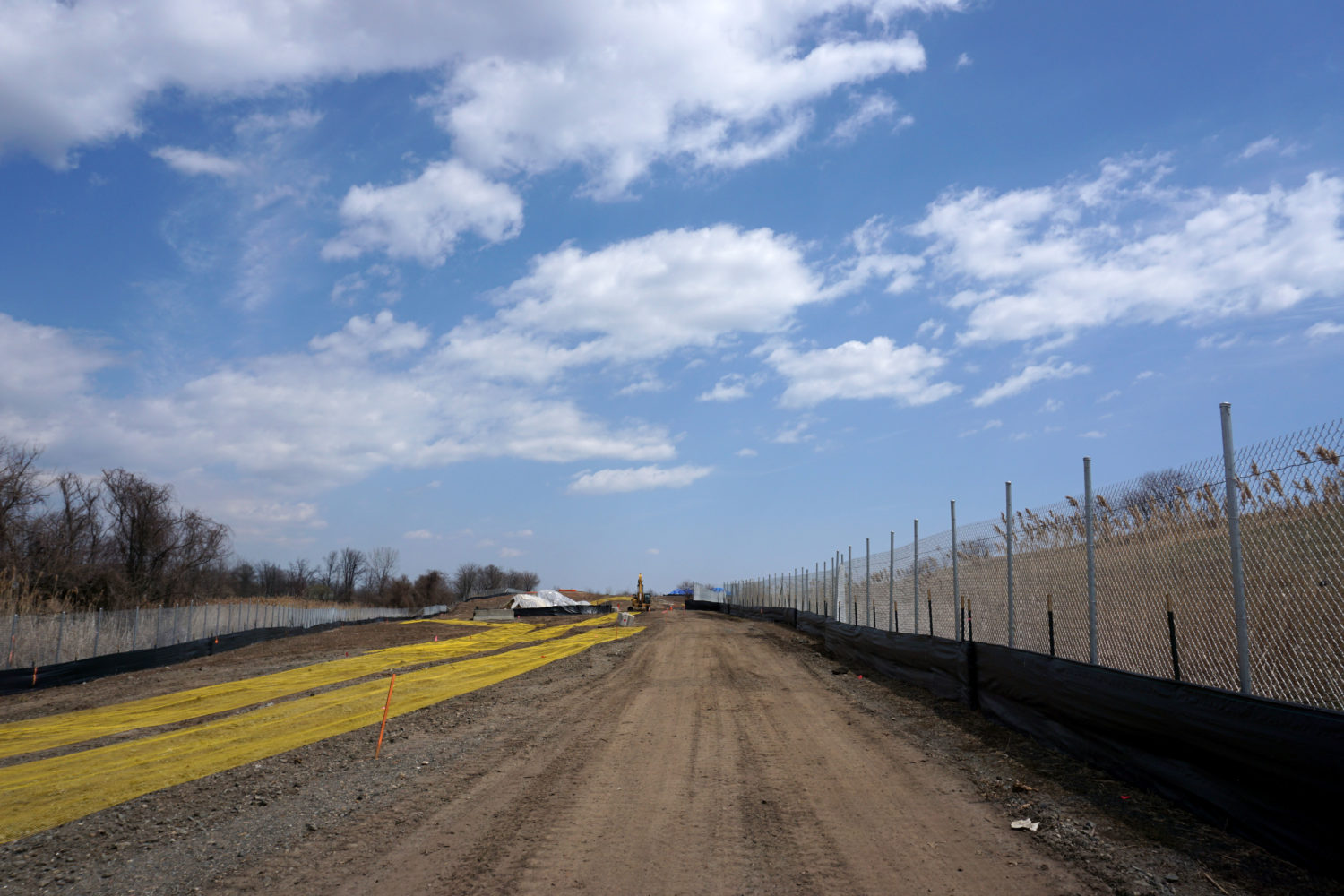 The topography of the construction site needed to be modified for the final multi-use pathway, secondary paths, parking lot and Schmul Park entrance. This required excavating soils in some cases and filling in other cases. Once the initial grading was complete, Lomma used a 10 Ton Roller to compact the soils. There will be several phases of compaction of these soils in order to ensure the maximum amount of settlement has occurred before construction of park features begins.

The site is now being prepared to receive additional soil. The surface of the site has been covered with a plastic netting called a “demarcation layer.” Two different colors were used: yellow indicates the utility corridors, and orange is used for the remainder of the site.  The demarcation layer marks the interface between the existing surface and newly imported soil. It is placed to provide a signal, in the event of future excavation work, that utility corridors are present or the soil composition has changed and on-site workers should determine whether additional measures are needed.

With the arrival of spring weather, the crew will begin the importation of tons of soil to cover the fill areas. For future updates on North Park construction, join the newsletter and follow @freshkillspark on Facebook, Twitter, and Instagram.

+ Bulldozers on the Future Bike Path at North Park (2018)