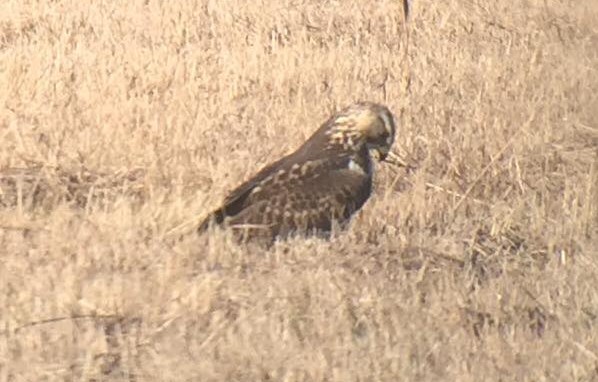 The expanse of meadows at East Mound are attracting grassland birds like the Swainson’s hawk. Earlier this year, Dr. Veit also documented a colony of the state-threatened Grasshopper Sparrow, a little bird named for its insect-like song.

Studies show that grassland bird populations are rapidly declining, which means that the grasslands at Freshkills Park are attracting a lot of attention from the bird community. “It’s hard to know what will happen when such a large new habitat is placed within an urban area,” wrote Freshkills Park’s Manager for Science and Research Cait Field, “so researchers have been tracking some of the biodiversity changes happening at the park.”

According to Dr. Veit, this is the latest in the season a Swainson’s hawk has ever been spotted in New York. “The appearance of a Swainson’s hawk at the former landfill further attests to the quality of the grassland habitat there.”