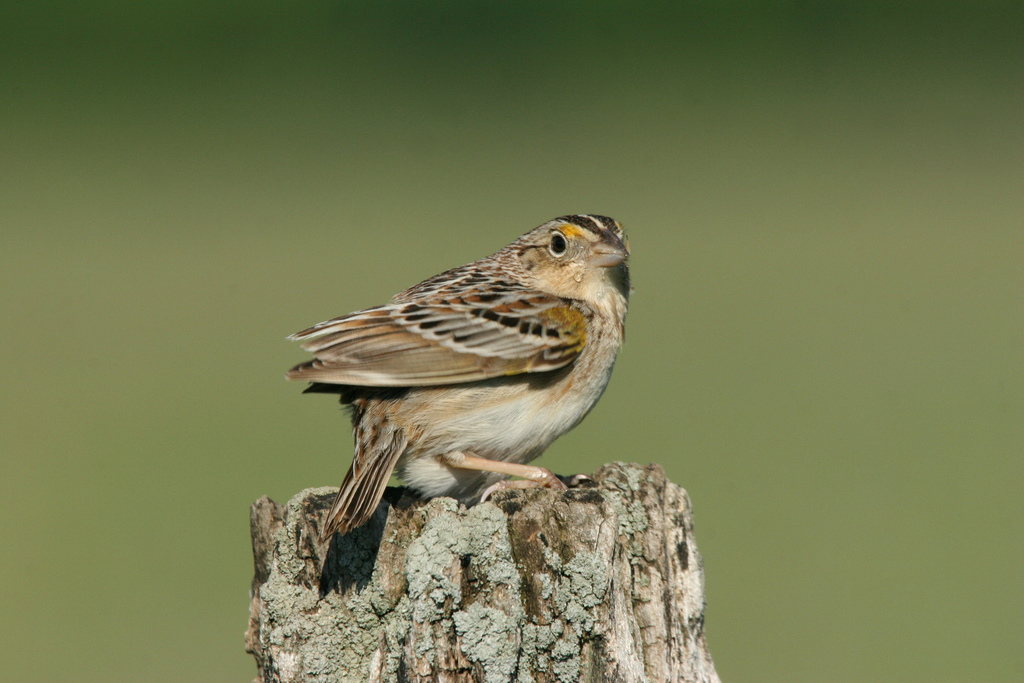 Most visitors to Freshkills Park usually get excited when they see the ospreys in their nest, or a bald eagle fly by, or a red-tailed hawk overhead… but scientists and bird enthusiasts are most excited about all of the grasslands within the park. Grasslands are a rare habitat these days, with development covering up and dividing huge portions that used to exist in the state. Grassland birds are rapidly declining and beginning to cover much smaller portions of their historical ranges, including in New York.

The New York State Ornithological Association and the Department of Environmental Conservation sponsored The Second Atlas of Breeding Birds in New York State (2008), for which the research was conducted from 2000-2005. The previous atlas was published in 1988 from data collected from 1980-1985. The resulting surveys showed that grassland bird populations are very much on the decline, making grasslands a top priority habitat for conservation. For this reason, the grasslands at Freshkills Park are attracting a lot of attention from the bird community. It’s hard to know what will happen when such a large new habitat is placed within an urban area, so researchers have been tracking some of the biodiversity changes happening at the park.

This year there’s a new grassland bird in town: the Grasshopper Sparrow, discovered by researcher Dr. Richard Veit from the College of Staten Island, who has been conducting studies at the park to survey the grassland birds and bat populations. This new Freshkills Park resident is particularly exciting because the 2008 Breeding Bird Survey showed that Grasshopper Sparrow populations in New York State had decreased by 97% since the previous survey only 20 years earlier.

These little sparrows are named not for what they eat (although they will eat grasshoppers), but instead for their song which resembles an insect buzzing. They build cup-like nests on the ground concealed by the grasses and can be heard singing by the discerning ear. The northern populations, such as the one at Freshkills Park, migrate during the winter to the southern US, Mexico, Central America, and the Caribbean. They’re only here for the summer when they’re breeding and foraging up many of the park’s insects, and they’re a very welcome sight.