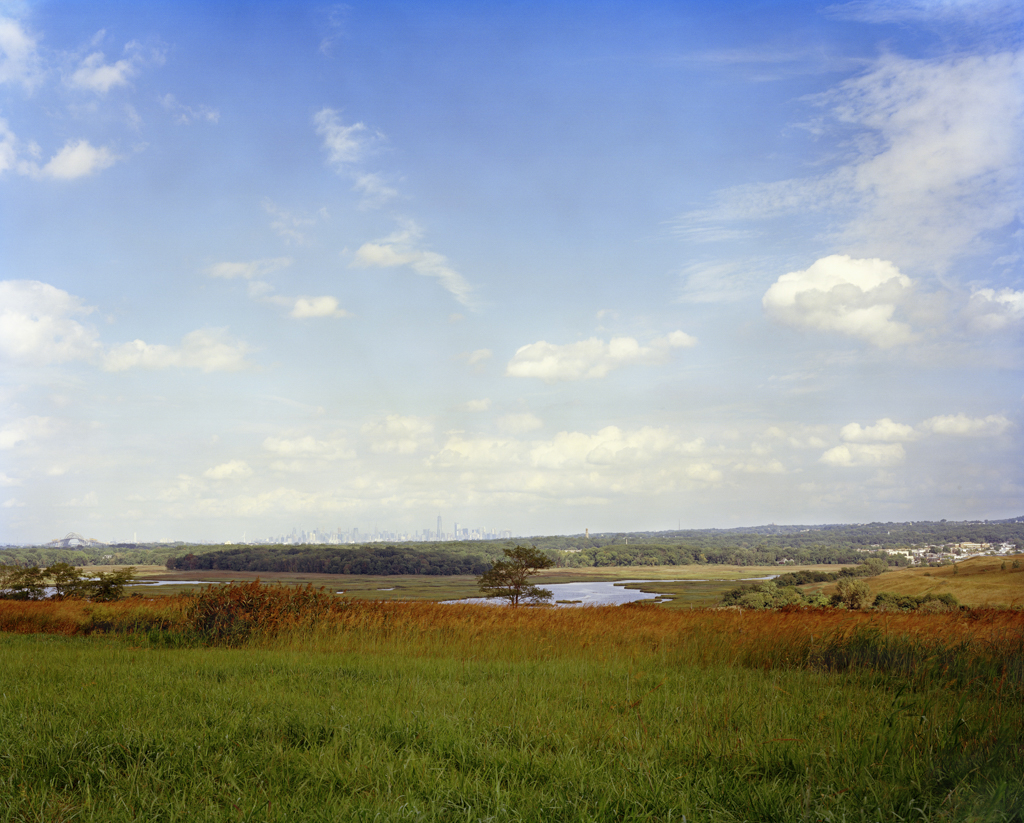 Freshkills Park is pleased to share  New York City‘s New Utopia,  the work of Photographer-in-Residence Jade Doskow.  This September 2020 is the two-year-mark of her project illuminating the unusual beauty of Freshkills as it transforms both seasonally and via human-made intervention. Doskow made visits to Freshkills Park regularly over the last two years, capturing all aspects of the park using a 19th-century style large format camera, and plans to continue working on the site for as long as possible, creating a comprehensive record of this vital New York City infrastructure project. The result is a stunning, often surreal photographic documentation of the landfill-to-park transformation.

Natural landscapes, however, were not the only object of interest for Doskow; many of her photographs place an equal emphasis on the human-made aspects of the highly engineered topography at Freshkills - landfill gas wellheads, flare stations, retired dumpsters, bridges, and views of the highways surrounding the park. Accompanied by the plant manager, Doskow photographed the interior and exterior of the park’s leachate treatment plant, where leachate—the liquid which trickles to the bottom of the mounds and then must be piped out via a perimeter system for cleaning—is separated and processed into solids and liquids. Doskow photographed the labs, acid tanks, and workaday offices which are all integral to the workings of the park and the leachate plant.  Read The New York Times piece about Doskow’s Long-term work at Freshkills Park here.

Prior to joining Freshkills as an Artist Partner, Doskow was most well-known for her Lost Utopias  project, photographs illustrating the remaining architecture, art, and landscaping of international world’s fairs, and how these unusual and often once-futuristic structures have been repurposed, abandoned, or otherwise transformed uncomfortably into an unforeseen future. The monograph of this work was published in 2016 and listed by  American Photo as one of the top photo books of the year. Doskow looks forward to exhibiting the photographs she has made out at Freshkills over 2021 and 2022. For exhibition and work updates, follow Freshkills Park  and Jade Doskow on Instagram @j_doskow for updates. You can also find information on her website www.jadedoskowphotography.com