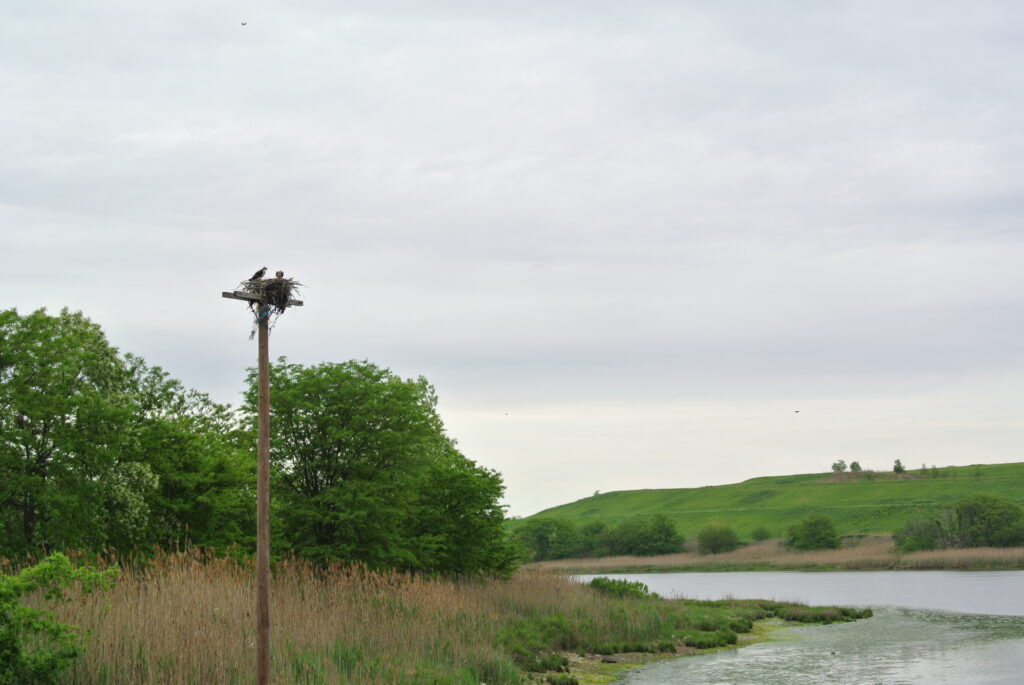 Each Spring many migrant birds can be seen at Freshkills Park, either returning to spend the warmer months with us, or traveling through to locations further north. One of these returning species is the Osprey (Pandion halibuts). Although a common species today that is growing in numbers, Ospreys faced dramatic population declines in the 1950s and 60s due to the usage of the pesticide DDT. DDT interfered with Ospreys’ ability to produce calcium, a vital component of their eggshells. As a result, many of the eggs that ospreys laid were either infertile or too thin and therefore easily damaged. Since the banning of DDT in the US in the early 1970s, Ospreys have become more common in our region.

They like to nest in high places near shallow water, which is why you will often find them atop poles near shorelines. Ospreys almost exclusively eat fish, which sets them apart from other raptors. At Freshkills Park they have plenty of fish to eat from the creeks running through the site, such as Striped Bass and Atlantic Menhaden. Their prevalence is a good indicator that the health of our waterways in NYC is improving and therefore supporting robust fish populations that are able to support fish eating species like Ospreys. At Freshkills Park we have many osprey nests and since 2018 we have been monitoring their productivity as part of NYC Parks’ raptor monitoring effort.

In the 2018 season of Osprey monitoring at Freshkills Park, we monitored 6 nests. Two of those nests successfully hatched young and 4 young were fledged that year. In the 2019 season, there were 8 nesting attempts and 9 young were fledged (more than twice the year before!). In 2020, 10 nests were monitored (a 67% increase from the first year of monitoring) and NYC Parks researchers have tracked egg incubation behavior and fledgling success. 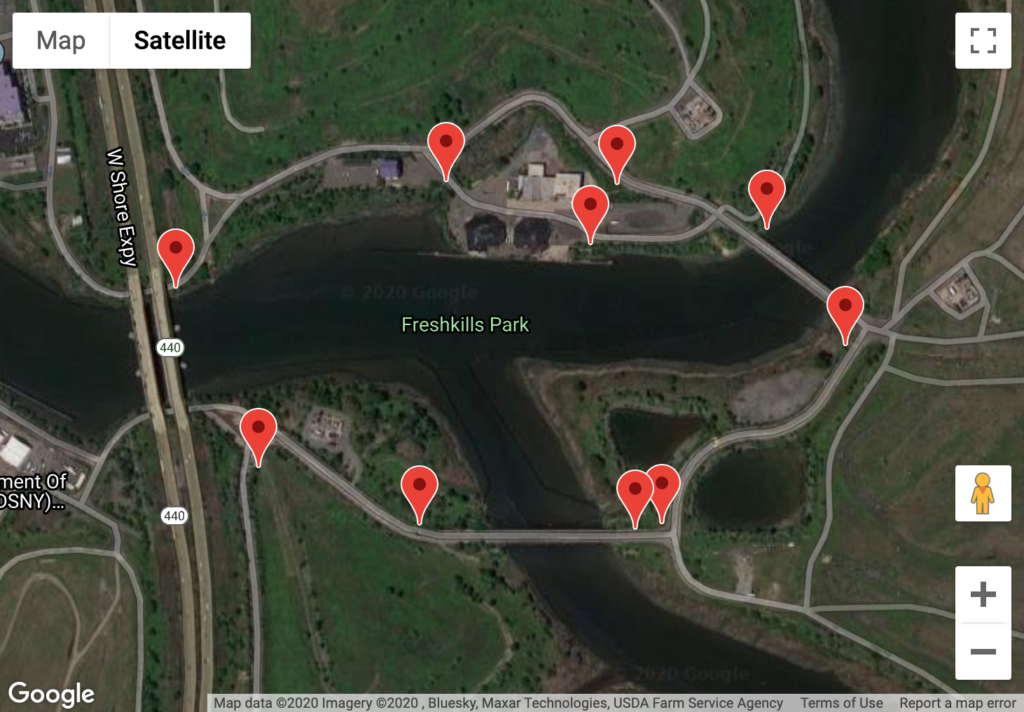 To monitor the nests, researchers use the mobile app NestWatch from the Cornell Lab of Ornithology. After the initial work of locating and mapping nests within the app, researchers are able to select the site they would like to monitor: 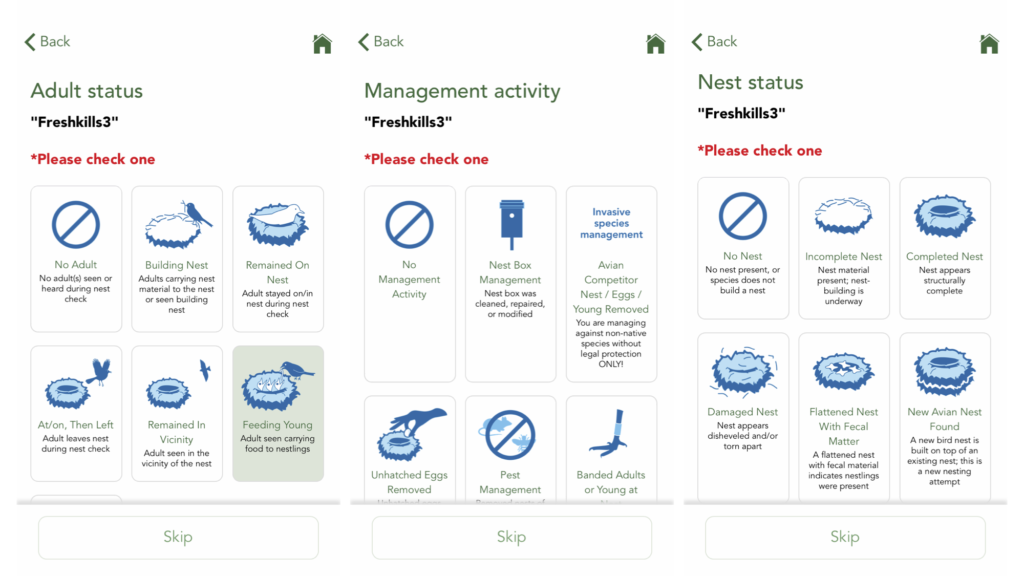 They record information such as the number of eggs, live young, and/or dead young in the nest. Since osprey nests are generally high above the ground, it can be difficult (or impossible), for researchers to actually see into the nest to count eggs. This means that frequently the presence of eggs is determined based on the adult birds’ behavior. If one of the adults is observed to stay in the nest low down throughout the observation, for example, this is indicative of incubation behavior and suggests that the nest has eggs. Similarly, when young are newly hatched they are usually too small to see from below the nest, so the adults’ behavior is used as an indicator that live young are present. If adults can be seen doing what looks like feeding young, then it is assumed that young are indeed in the nest. Once the chicks are bigger and their heads start popping up out of the nest, then researchers are able to more accurately count how many there are. Recording behaviors like this is an example of the use of an ethogram. Check out our ethogram activity if you would like to make an ethogram of your own for an animal you observe.

For an up close view of one of our 2020 nests with chicks, check out the video below:

Since the Fresh Kills Landfill’s closure in 2001, many species have become more prevalent at the site, such as the grassland birds that have been thriving in recent years. Tracking the success of these species provides insight into one of the main ecological research questions at Freshkills Park, which is what happens when newly created reclaimed habitat is introduced in an urban region like NYC. Check out our other research projects for more examples of the scientific work being done at the Park.