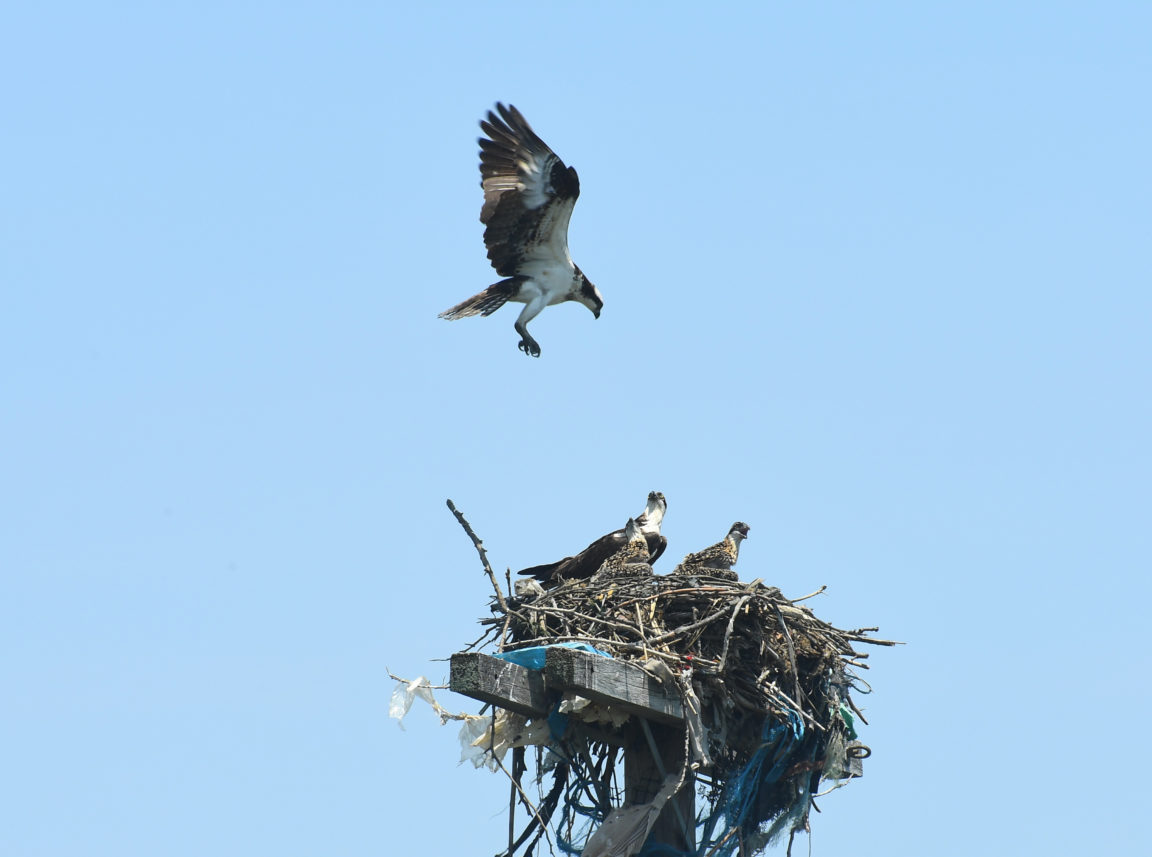 By early April, ospreys had arrived at Freshkills Park after spending the winter in warmer places. Nicknamed “fish hawks,” these large raptors like being close to shallow water for easy access to food. The birds quickly got to work building their summer homes on tall platforms close to the creeks.

Between April and August, NYC Parks staff monitored six osprey nests at Freshkills Park. The project was part of a citywide initiative to study raptor populations. Two of the six pairs laid eggs, and a total of four ospreys fledged in time for winter migration in September.

These nest monitoring results show that the ospreys are thriving after almost disappearing from the region just decades ago. The species had experienced serious population declines due to contamination from DDT. This pesticide was used to control mosquitoes, but its application also introduced biologically harmful chemicals into the environment. For birds like the osprey, DDT inhibited calcium metabolism, which resulted in thinner eggshells.

Since DDT was banned in the 1970s, birdwatchers have seen a resurgence of ospreys. Cliff Hagen, who has been birding on Staten Island for nearly thirty years, remembers when the ospreys began nesting along the waterfront in the late 1990s. “The numbers of ospreys migrating across Staten Island have dramatically increased through recent years,” he said. 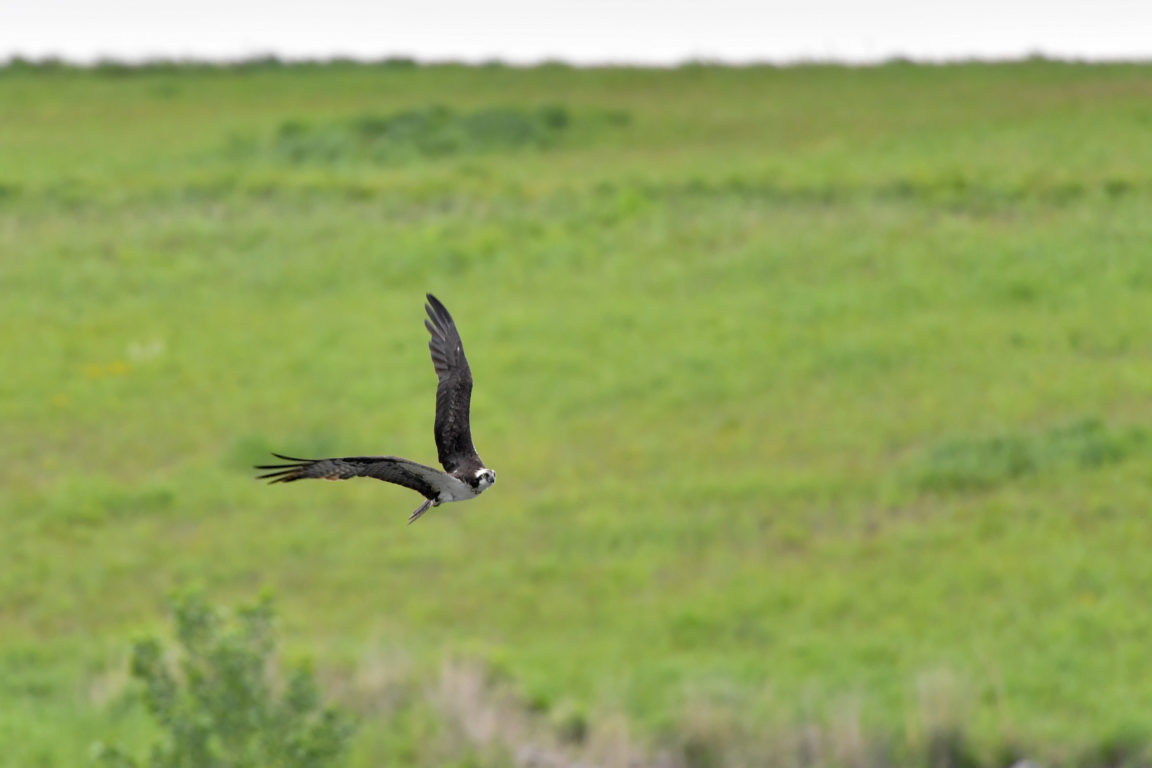 The Fresh Kills Landfill closed in 2001, and the landfill mounds were capped with layers of soils, geotextiles, and a plastic liner. Since then, the site has undergone an environmental transformation. Changes in habitat have led to a resurgence of wildlife, with a variety of bird species spotted, including many grassland birds.

These days, ospreys nest on posts and poles all around Staten Island, but Hagen describes Freshkills as the epicenter of osprey nesting. “All summer long you can hear adult ospreys encouraging their young to take flight,” he said. “You can watch them fishing the tidal creeks that flow through the park. The busy summer sky is a strong indication that our local waterways have grown clean enough to sustain a population of fish to feed an army of ospreys.”

Hagen sees the osprey resurgence as a benefit of curbing pollution and preserving open space. “We see just how quickly the health of our local environment can be improved,” he said, “and our neighbors in the natural world can thrive.”