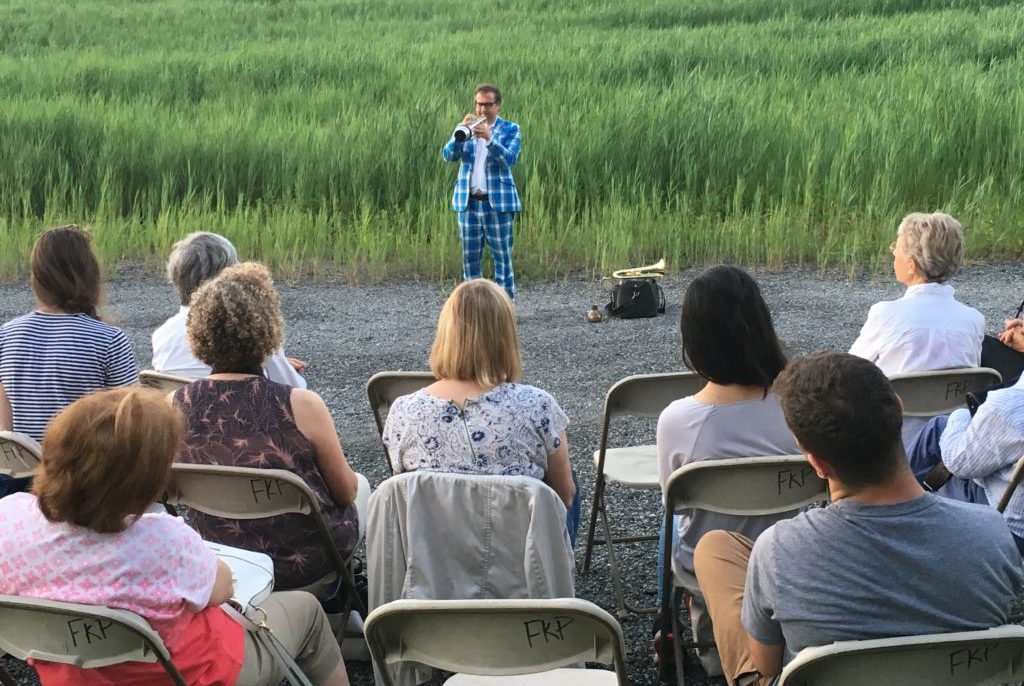 Volker Goetze at the “Inside the Bird Chorus” performance in June.

Back in June, artist Volker Goetze performed at Freshkills Park as part of Make Music New York for “Inside the Bird Chorus,” a live, free musical celebration with over 1,200 concerts on streets, sidewalks, and parks across the five boroughs. Now, the Staten Island-based composer/ touring performer/ media artist has been selected to develop his project “Sonic Gates” as part of a pilot program to activate the North Shore waterfront, from St. George to Stapleton along Bay Street and in Tappen Park. The project will consist of a series of sound sculptures created in collaboration with SI MakerSpace and other cultural groups in the community.

These series of sculptures will be accompanied by public programming, including engaging school groups and orchestrating local groups and cultural festivities for the project’s inaugural day in summer of 2018. “Sonic Gates” came out of the Future Culture: Connecting Staten Island’s Waterfront initiative, proposed by Staten Island Arts to the Design Trust for Public Space to create a replicable model of inclusive development using public art to link the cultural assets of Staten Island neighborhoods.

Volker Goetze’s project is expected to promote exploration of the Staten Island North Shore and re-imagine underused “in-between” spaces. Like his “Inside the Bird Chorus” performance at Freshkills Park, “Sonic Gates” is exploring how art in underused and undiscovered places can help reimagine potentials and broaden perspectives. “My idea for Sonic Gates came from a desire to create something playful, beautiful, and inviting for everyone,” Goetze told Staten Island Arts. “It will be an adventure that is educational and fun for families, art and music lovers, and tourists alike.”

This pilot is made possible thanks to City grant funding awarded to Staten Island Arts and the Design Trust for Public Space by the NYC Department of Small Business Services (SBS).