“With the ship comes the wreck” by Mandi Gavois.

Artist Mandi Gavois’ solo show of photographs and sculpture at Galleri Thomas Wallner in Simris, Sweden, includes photographs of Freshkills Park. The show’s central panorama photograph of Freshkills is titled “With the ship comes the wreck,” which is also the title of the show.

Gavois lives and works in Sweden, but he spent time in New York City. Over the course of his extended stay, he participated in several Capturing Change tours and spent time photographing Freshkills Park in its state of becoming. His photography documents the altered landscape at large and around the world under series titles including “Constructions,” “Backworld,” and “Non Places.”

Alongside this panoramic image of Freshkills, Gavois positions photographs of Walden in Concord, Massachusetts, and a sculpture made out of brown coal and walnut tree to express old and new ideas of nature. While scenes of Walden conjure Henry David Thoreau’s 1854 eponymous book and its reflection on simple living and closeness to nature, Gavois writes, “Freshkills gives a look back at an industrial era and a positive look forward.” 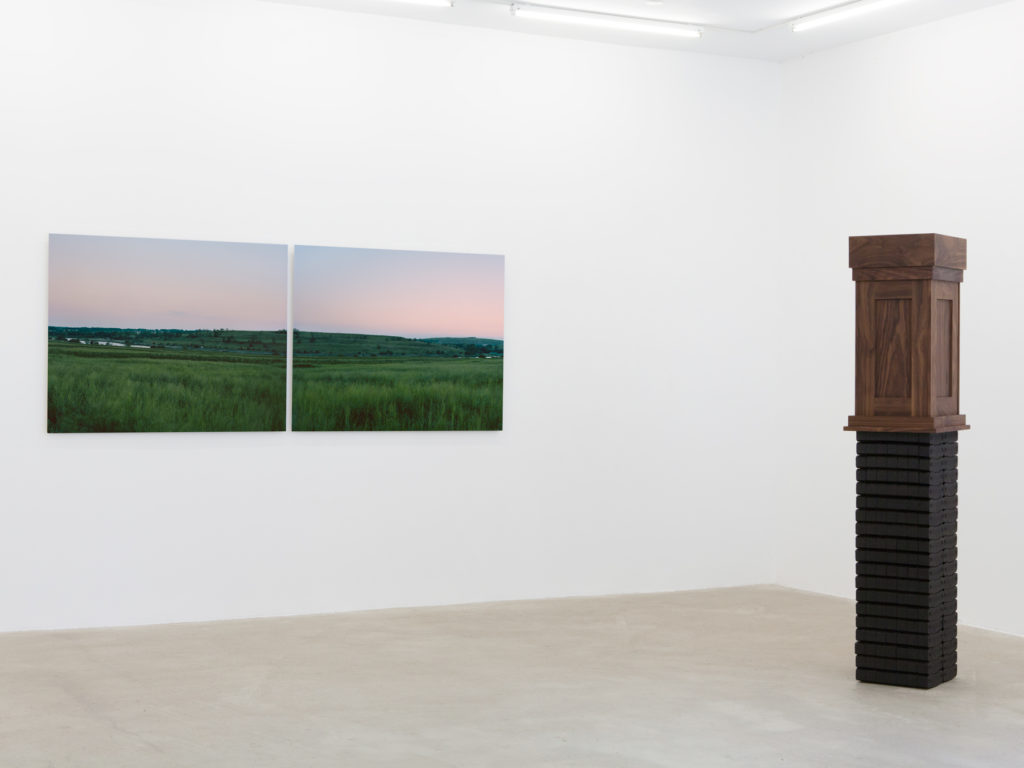 “With the ship comes the wreck” at Galleri Thomas Wallner in Simris, Sweden.

Capturing Change is a series of photo essays documenting Freshkills Park’s transformation from the world’s largest landfill into the largest New York City park developed in over 100 years. By inviting small groups of photographers to document the park’s evolution, the series serves to generate a community- and artist-driven archive of our shared landscape and the restoration of natural systems in an ever shifting urban context.

See more from Mandi on Instagram and on his website, www.mandigavois.com. For more information about art at Freshkills Park, visit the Art Projects page.