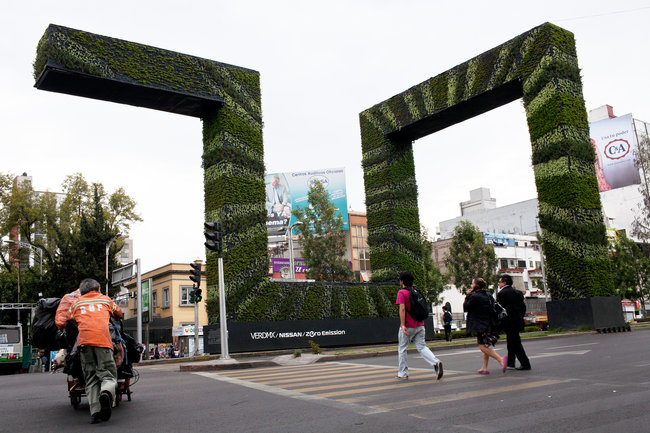 In an attempt to draw attention to the dearth of greenspace and poor air quality in the region, the nonprofit VerdMX has constructed three ecostructures throughout Mexico City. One such structure is a vertical garden of over 50,000 plants.

Formerly notorious for its poor air quality, Mexico City is now an example of successful campaigns by policy makers, environmentalists, and various other groups to improve the city’s air. The VerdMX structures aim to generate interest in the movement while improving the air at the same time.  Fernando Ortiz Monasterio, 30, architect of the sculptures states that “it’s a way to intervene in the environment.”

The burgeoning entrepreneurial, environmental, and arts scenes in the capital city have given rise to numerous small-scale efforts. Though sometimes met with hesitation, such projects are becoming commonplace as citizens recognize the importance of maintaining environmental health in the megacity.