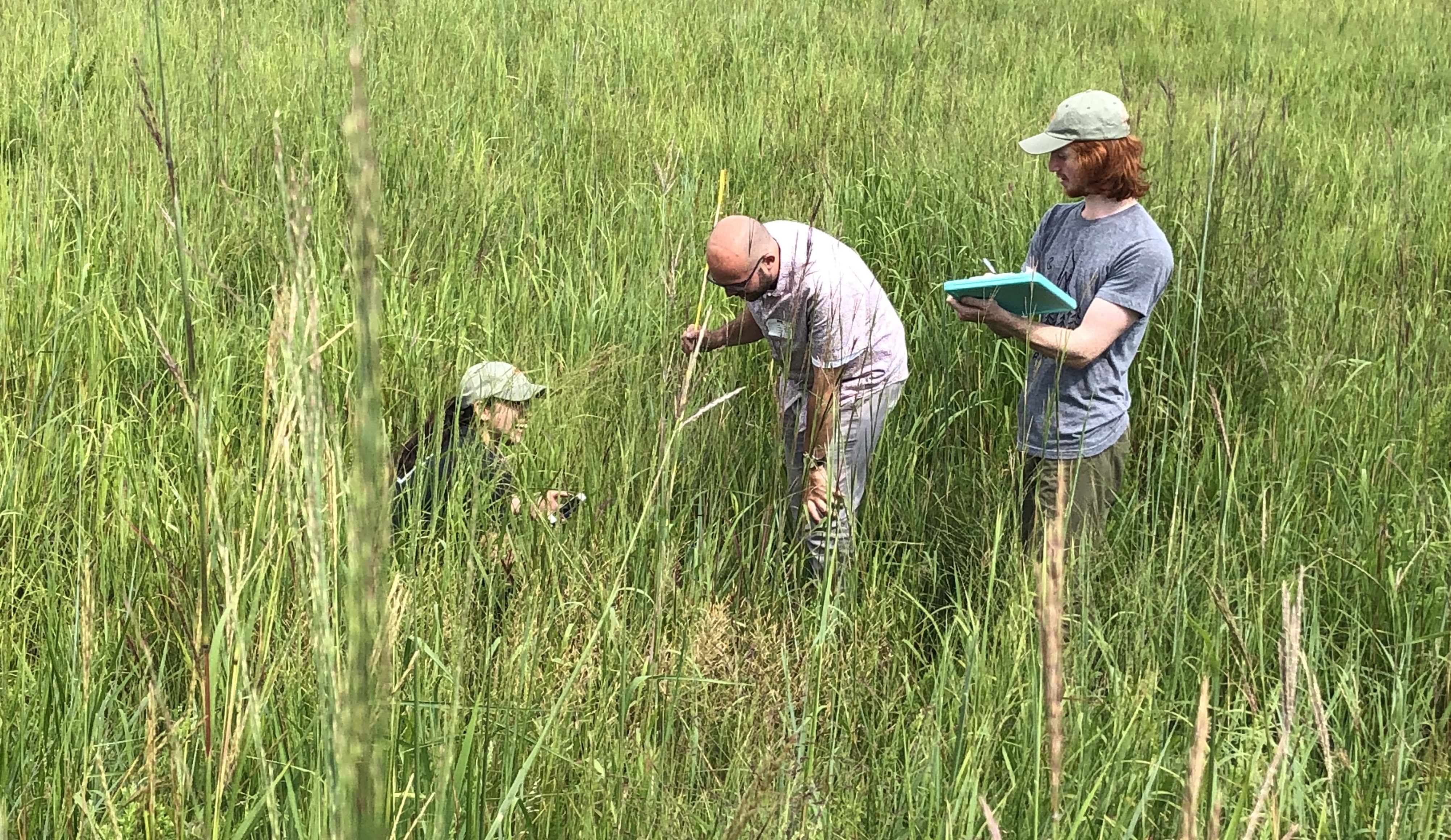 This summer, Freshkills staff and interns conducted fieldwork to assess the levels of moisture in the grassland soil on North and East Mounds. This research is part of an ongoing project to characterize the differences between the grasslands within Freshkills Park. Large amounts of grassland birds, such as the Grasshopper Sparrow, have been found nesting within the park, but they have predominately been found on East Mound. In order to find out why the birds prefer this area and to inform future management strategies that could enhance the preferred qualities, staff have been collecting data on various grassland characteristics. This year they added analyses of soil moisture. 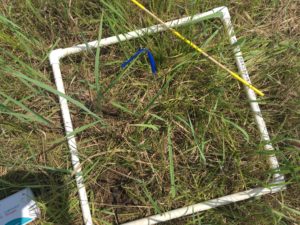 Researchers set up twelve sites – six sites each on North and East Mounds – that were spread out randomly throughout the grasslands in order to gain a representative sample. Once a week, they visited each site to position a soil moisture sensor into the ground and recorded that spot’s soil moisture percentages. The study was conducted over a five week period, after which the data were analyzed to determine if there were any significant differences between the soil moisture levels in the two areas of the park. 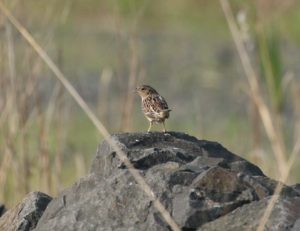 Research staff discovered that the soil on North Mound has higher moisture levels than the soil on East Mound. This is in line with their hypothesis as it may indicate why the birds prefer East Mound. Many grassland birds build their nests on the ground, meaning they need dry soils and grasses in order to be able to build effectively. There are various hypotheses for why East Mound is drier than North; one is that the observed differences in soil moisture could be due to differences in the drainage systems of the mounds. North Mound was capped in 1997 while East Mound was capped in 2011 and as a result, East Mound’s drainage system is more advanced and drains larger volumes of water after rain events. Another possibility is that the soil moisture difference is due to the different sand content used in the soils to cap East Mound and North Mound. Higher sand content soils were intentionally used on East Mound in the hopes of providing a growing substrate that favors warm season grasses.

The new data will add to the research Freshkills Park already has on the vegetation and sound differences between the mounds. Taken together, all of this information will increase researchers’ knowledge of the park’s varied ecosystems and will allow for the development of management and conservation strategies to keep the park healthy and thriving. For more updates on park projects like this and to see how you can visit the park, sign up for our newsletter and follow @freshkillspark on Instagram, Twitter, and Facebook.