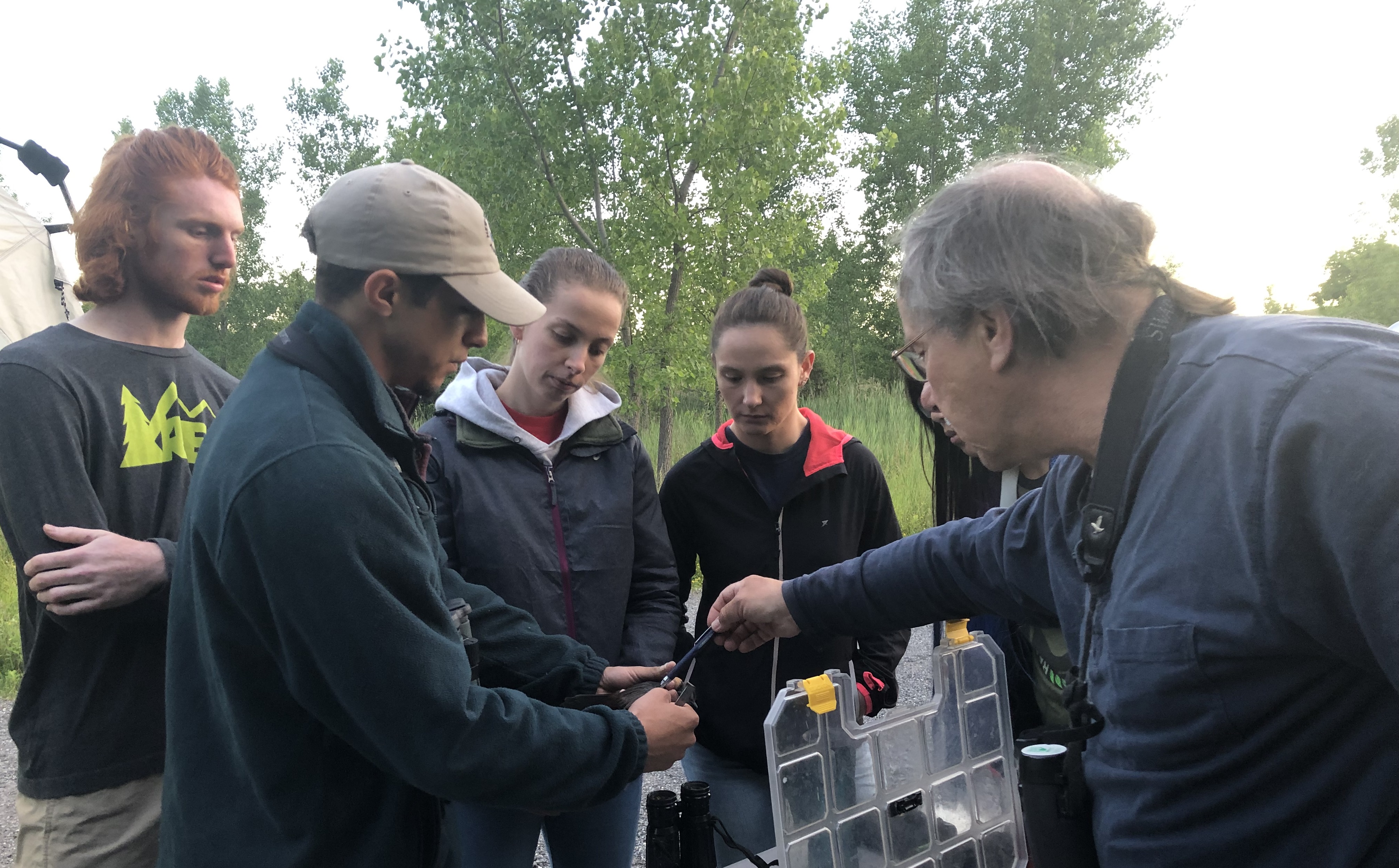 This summer, researchers from College of Staten Island completed their fourth year of Monitoring Avian Productivity and Survivorship (MAPS) bird banding at Freshkills Park. MAPS is a collaborative, continent-wide research effort coordinated by the Institute for Bird Populations, with over 1,200 participant banding stations. The banding station was established by Drs. Lisa Manne and Richard Veit from the College of Staten Island, and it serves both research and education purposes. At Freshkills, the field season runs from May through August, during the height of the breeding season for birds, and banding sessions are held approximately every ten days for about five hours each. Researchers use mist nets, a type of specialized fine-gauged net, to temporarily capture birds* and band them with an aluminum United States Geological Survey bird band. These bands allow researchers who recapture birds at banding stations to gather information on the movement of individual birds and record other demographic information, such as weight, wing length, and sex. Following the banding process, researchers submit the data to the U.S. Geological Survey, and the information is used to gauge the productivity and breeding success of different species within the park.

In 2019, a total of 85 birds of 11 species were captured at the MAPS banding station, with Gray Catbirds (Dumetella carolinensis) and American Robins (Turdus migratorius) being the most frequently captured species at the site.

*Following their capture, birds are released quickly and unharmed. 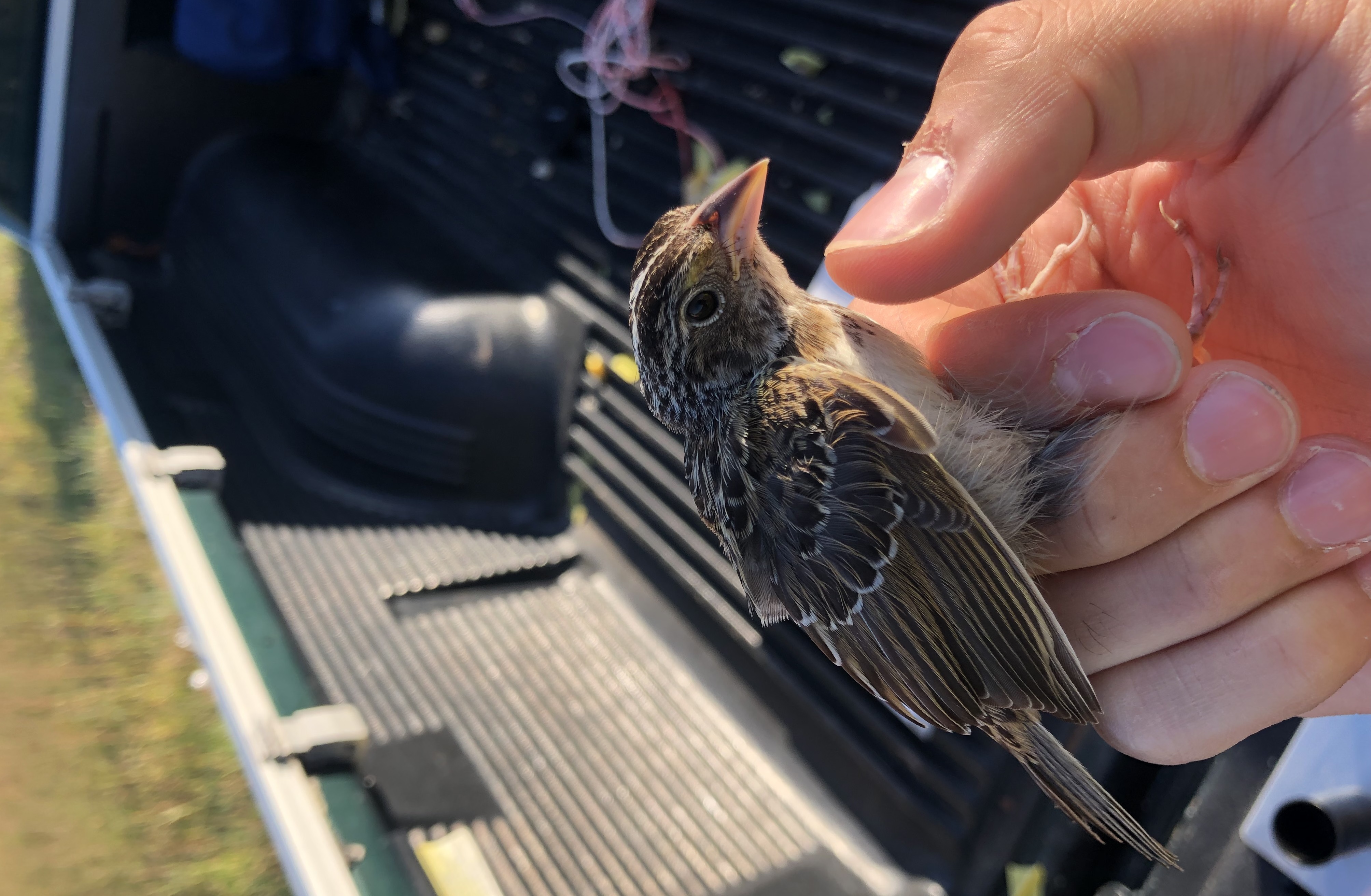 Grassland birds are among the most dramatically declining avian species groups in North America. Their presence at Freshkills has become a main staple of the park’s wildlife, and studying them has become a major component of the ecological research currently being conducted there. Since 2015, Freshkills has hosted one of, if not the largest, breeding populations of Grasshopper Sparrows in the Northeast. Grasshopper Sparrows (Ammodramus savannarum) are a specialized species of grassland bird that are of conservation concern in North America and a Species of Special Concern in New York State. They require expansive grassland habitats to successfully breed, and their success at Freshkills is an indication that the park provides regionally important habitat. Other species like Savannah Sparrows (Passerculus sandwichensis) occur at Freshkills during both the breeding and non-breeding season, highlighting the importance of this site for birds year-round.

Grassland bird surveys began in early May this year and concluded in mid-September. Researchers counted 32 pairs of Grasshopper Sparrows on the East Mound and found that in 2019 they used a wider area than they had in years past. This is a promising development and may mean that the colony will be able to expand into new areas of the park as they continue to grow in size. An estimated 84 pairs of Savannah Sparrows also bred on the East Mound this year. In late August, researchers observed a Henslow’s Sparrow (Centronyx henslowii), a species of grassland bird that is even more highly specialized than the Grasshopper Sparrow and is listed as Threatened in New York State. This sighting is suggestive of prospecting behavior, which may mean that Henslow’s Sparrows will attempt to breed at the park in the future. 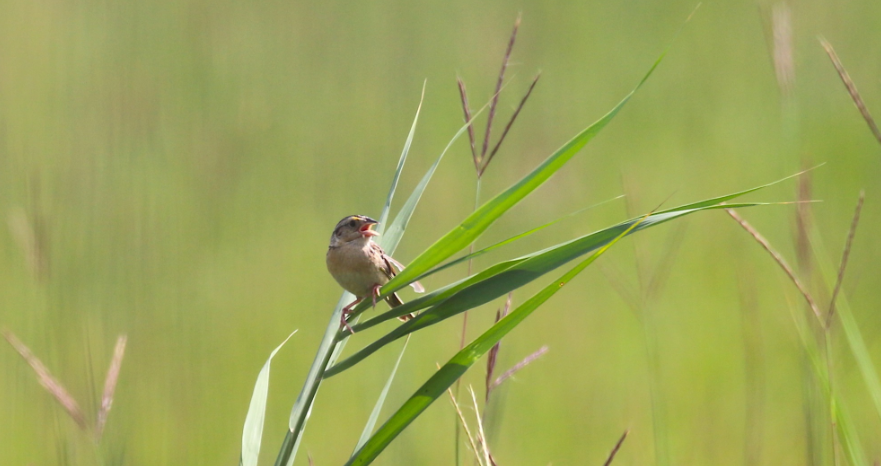 What does the future hold?

In addition to continuing banding efforts and grassland bird surveys at the MAPS station, researchers will pilot new collaborative studies in 2020 focused on the conservation and management of Grasshopper Sparrows. With such a promising population of Grasshopper Sparrows at Freshkills, these studies could prove to be widely applicable in the overall conservation of the species.