Reflections on FieldWork by Nancy Nowacek 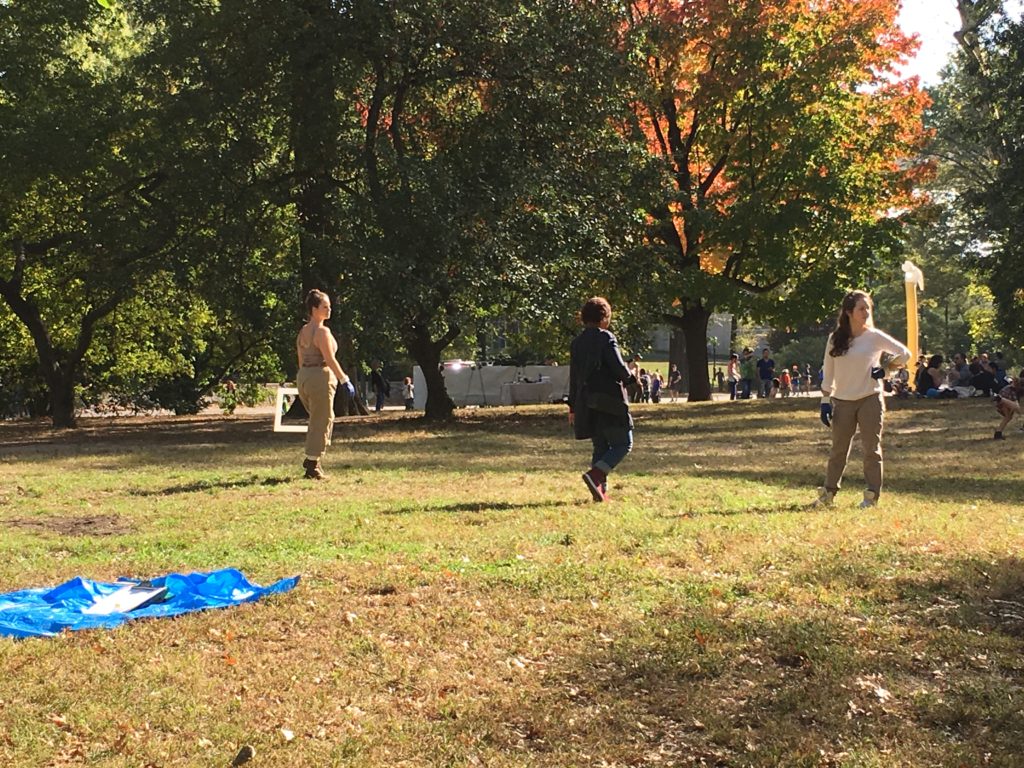 It’s Happening! Celebrating 50 Years of Public Art in NYC Parks, took place in Central Park on October 21st. Included among the more than 100 artworks, performances, and workshops was FieldWork. FieldWork is a choreographed performance by artist Nancy Nowacek, a Freshkills Park Field R/D artist, in collaboration with Morgan Hille-Refakis.

Nowacek defines her work as “reinstating the body’s relevance as functioning object, tool, channel, and ultimately site of imagination.” This is evident in FieldWork and builds upon previous works such as Action Coding, in which the body is used to “type” out computer code through specific movements.