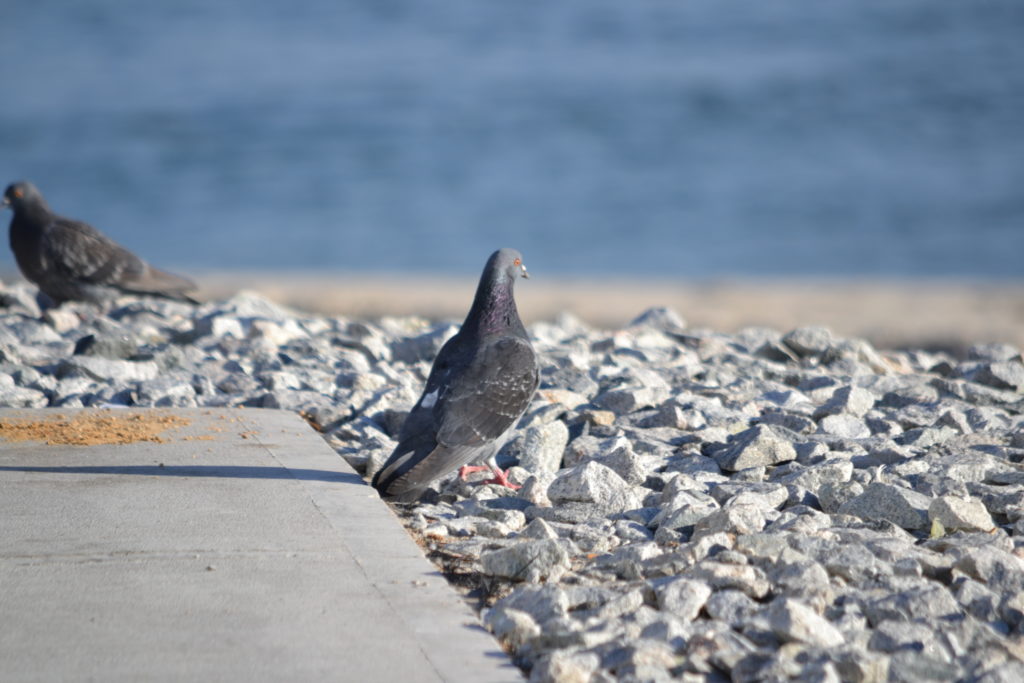 The pigeon was found in all participating cities. This observation is from Far Rockaway in Queens. (source: iNaturalist)

In April 2017, sixteen U.S. cities participated in the City Nature Challenge (CNC). For this multi-day event, urban residents competed to observe the most species in their city, at the same time collecting data that conveys a snapshot of the local biodiversity. The CNC started with two U.S. cities (Los Angeles and San Francisco) participating in 2016. This year the event had over 126,000 observations and 8,000 unique species recorded in urban areas across the country, including Los Angeles, Houston, Boston, and New York City. The pigeon was the only species found in all participating cities.

During the City Nature Challenge, New Yorkers made over 3,800 observations and saw more than 600 different species. In comparison, Dallas residents recorded over 20,000 observations! The Challenge is hosted on the website iNaturalist, where participants can upload their location and their observations. Once the observations are verified, they are added to a global biodiversity database for scientists to use. These observations help to significantly strengthen the database; more than 150 of the species observed in NYC were entered for the first time on iNaturalist. Not surprisingly, the five days of the challenge were the busiest period in iNaturalist’s history.

The City Nature Challenge is one of the many ways that New Yorkers are exploring nature in their own backyards. In 2015, sophomores from CUNY Macaulay Honors College worked with scientists to conduct a biological survey event called a “BioBlitz” at Freshkills Park. Freshkills Park’s habitats, including grasslands, wetlands, woodlands, and freshwater ponds, encourage a diversity of species to visit the site. This includes birds that are of special concern and endangered in New York State, such as ospreys, short eared owls, and grasshopper sparrows.  For the Park, the Bioblitz was an important marker of the multitude of species that are thriving in the reclaimed environment.

The next City Nature Challenge will be held from April 27 – 30, 2018. Freshkills Park hopes to join the challenge and further increase the number of species observed in New York City. Stay up to date on opportunities to observe wildlife at Freshkills Park by joining the newsletter.