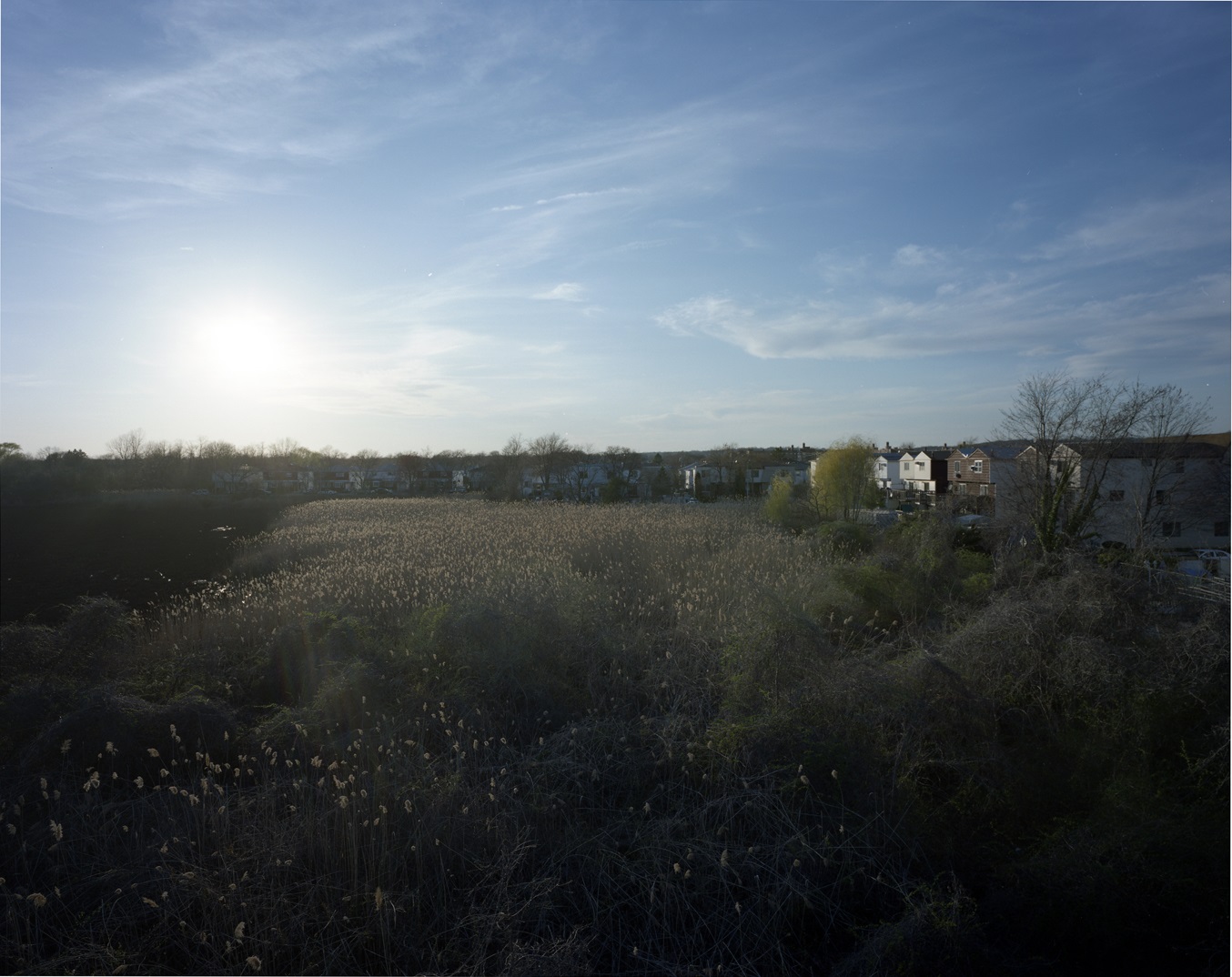 At his talk on October 20, Paul Moakley took an expansive approach to landscape photography. “You could use the landscape to talk about so many different issues,” the photographer, curator for the Alice Austen House Museum, and deputy director of photography at TIME explained, and his talk illustrated that point. The dozens of photographs he shared addressed topics of race, immigration, the environment, resources and power, and war.

But Moakley’s interest in altered landscapes has very personal origins, starting when he was a kid in Staten Island. His talk began with a photograph of his childhood home. “The house was really off,” he explained. “There was something about it that was really imperfect and badly designed. It was not a complement to nature in any way. It was built, actually, over a wetland that was filled in. I think that the imbalance of the design informed the way I look at things and the photography that I’m drawn to.”

From there, he shared the work of photographers that spanned generations, continents, and subject matter. Garry Winogrand’s black and white image of a small child at the entrance of a 1950s suburban garage in a with a New Mexico mountain range in the distance (link). David Goldblatt’s image of a farmer’s son with his nursemaid in 1960s South Africa (link). Victoria Sambunaris’s image of a beautiful valley in Brooks Range, Alaska in 2003 with an aboveground pipeline winding through it like a creek (link).

Moakley wanted to inspire people by having them see so many varied approaches to the idea of modern landscape. In doing so, he also explored how photography has documented the infinite extent to which people change the world around them. The “imbalance of design” that he saw as a kid was threaded through the collection of images in ways that inspired reflection on how we understand landscapes and our place in them.

For Moakley, these subjects make some of the most interesting photographs. His own work has approached documentary with quiet, thoughtful distance, including a series photographs from the all-boys catholic high school he attended. “I don’t think that I really like photography that is seamlessly perfect and resolved,” he explained. “I like photography with some kind of openness in it, or some kind of flaw, even, or things where there just feels like there’s something else going on, some kind of possibility in the work.”

The talk took place at “Landscape in Motion,” an exhibition featuring historic and contemporary photographs of the Freshkills Park site, on display at the Staten Island Arts Culture Lounge until December 7, 2016.