Street lighting adds urban character and keeps our streets safe. However, the environmental and economic impacts are remarkable and cost some cities millions of dollars per year to keep street lights on. To avoid drastically restructuring a municipality’s energy-producing infrastructure, innovative designs are under development across the globe to illuminate roadways and walkways, and achieve more efficient traffic flow. 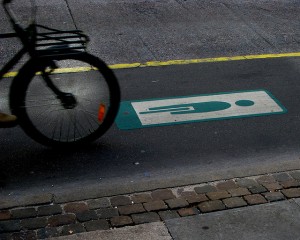 A new “Green Wave” street lighting network is being installed in Copenhagen as part of the city’s plan to become the world’s first carbon neutral capital by 2025. The green wave is a technique for timing and syncing up traffic lights in a city’s grid system to allow for the most efficient traffic flow at peak times, so that a sequential wave of green lights eliminates stop-and-go patterns at red lights. Currently under construction in Copenhagen is a new bike path fitted with a green wave LED network designed to help cyclists avoid traffic as well as smart phone connectivity for truck drivers to help avoid the fossil fuel wasting red lights, which cause engines to run at suboptimal fuel economies while idling or accelerating.

Another aspect of these smart lighting systems is that they will turn themselves off when the roads are empty so that there is no wasted energy; this also reduces the levels of light pollution caused by roadways. The smart lighting network will allow for lights to “talk” to one another and analyze the data to determine congestion at a given time and trigger the green wave to move traffic along the city’s grid at its optimal level. 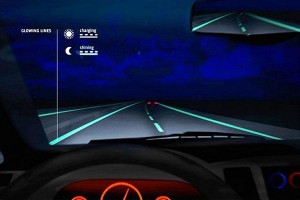 Fluorescent materials are also being designed and applied to roads and other paved surfaces to allow for glow in the dark roadways. By absorbing the sun’s energy, the illumination is more sustainable and reduces light pollution. Such glow in the dark pavement can be used as trails for pedestrians through parks, to light bike paths, or as prototype designers Studio Roosegaarde propose, to function like a “smart highway.” Applied in this way, the fluorescent strips would not only light traffic lanes, but also give drivers information such as the temperature of the road surface and potentially hazardous conditions such as ice.

Studio Roosegaarde installed glow in the dark road lines on a 73km stretch of highway southeast of Amsterdam in an April 2014 pilot project designed to test the durability and usability of this technology. However, some issues have already arisen in regards to the durability of the glow in the dark materials. Within a month of the initial test phase installation, the glow in the dark lines have faded out and are no longer luminescent. The civil engineering firm Heijmans, responsible for the installation of the pilot project, stated that this was “… due to the paint’s sensitivity to large amounts of moisture, and that this information has been very informative to the future of the project and development of Glowing Lines 2.0.” 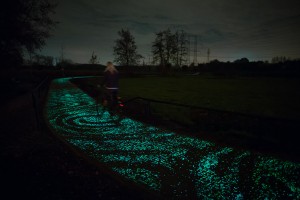 There are many types of projects that could benefit from these trials and refinements of fluorescent paving, such as illuminated sidewalks or bike paths. Studio Roosegaarde has developed a park trail that has been influenced by Van Gogh’s Starry Night. British company Pro-Teq has developed a spray-on, fluorescent, and waterproof elastic surface to be used specifically as a resurfacing product for old asphalt walkways or playgrounds, which would reduce the energy costs in rebuilding the whole walkway.

The cost-saving factors behind these environmentally friendly practices are appealing to municipalities involved in their implementation, with the sustainability being a bonus benefit. But whatever the reason these services are implemented, they make a better commute for bicyclists, automobile drivers, and truck drivers delivering goods throughout cities across the globalized world.