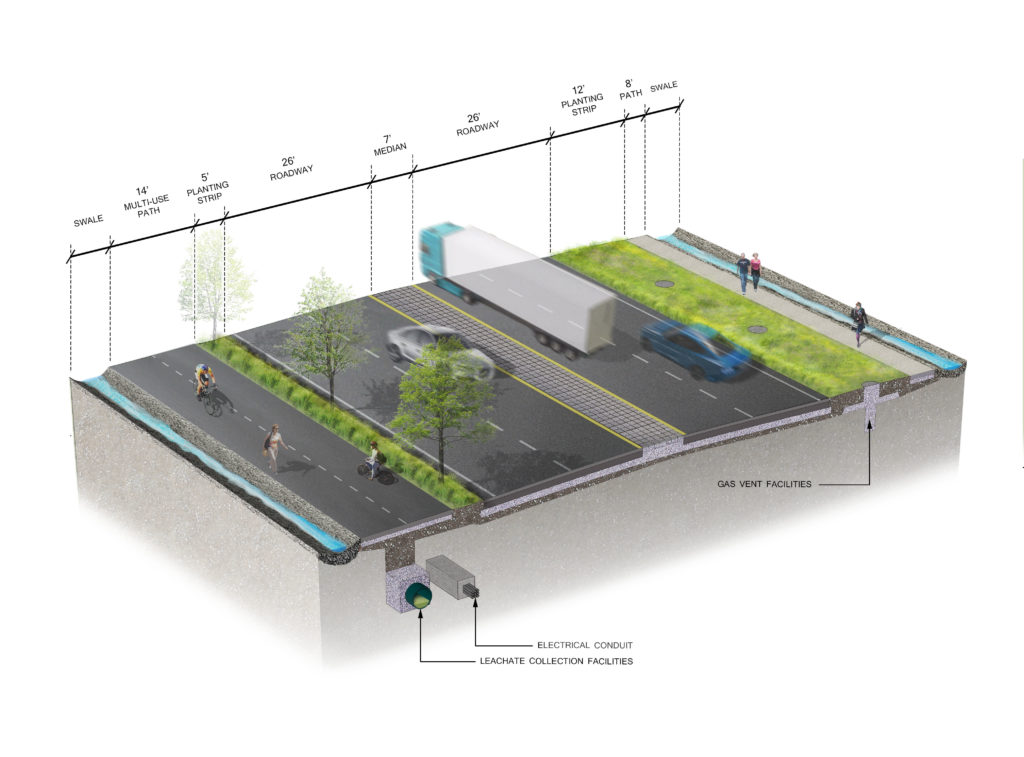 Typical section of the proposed 4-lane roadway, with a multi-use path and overland drainage conveyance. (NV5)

This fall, the engineering and consulting firm NV5 received a Diamond award from the American Council of Engineering Companies of New York (ACEC New York) for their pre-scoping design for a transportation network across Freshkills Park.

The study, which was funded by the Office of Management and Budget (OMB) and jointly managed by the Department of Design and Construction (DDC), and the Department of the Parks and Recreation.  The design incorporates a four-lane roadway, multi-use path, and signature Gateway at the intersection of Richmond Avenue at Yukon Avenue. The corridor traverses west to a signature roundabout where it splits into two sets of two-lane roadways and multi-use paths, crossing Richmond Creek and Main Creek respectively and carrying park patrons to destinations throughout the park before connecting to the West Shore Expressway. 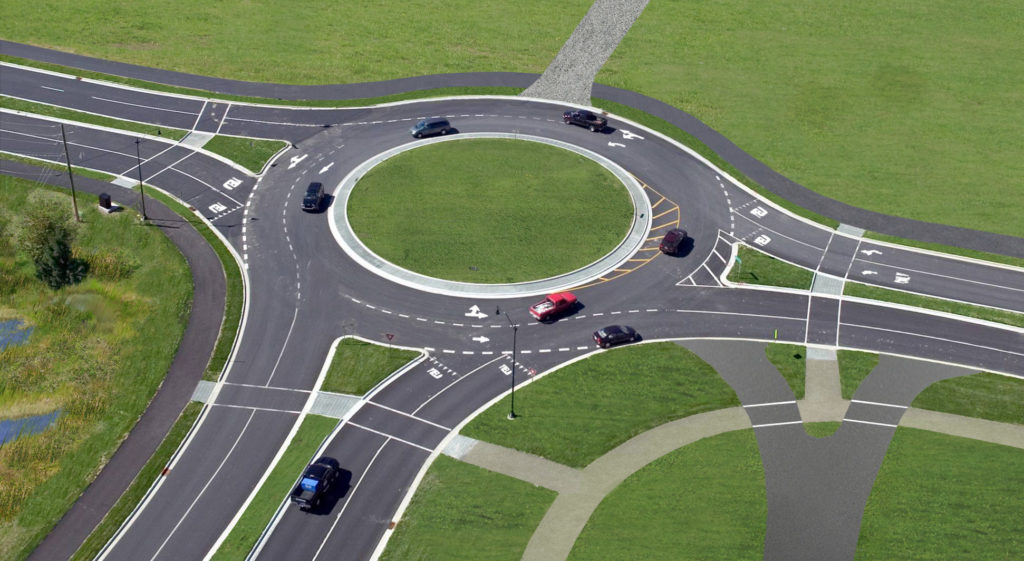 A modern roundabout is the proposed center of the transportation network, eliminating the need for traffic signals within the park. (NV5)

A publicly accessible transportation system will be a major feature of Freshkills Park. The multi-modal corridors will provide access to the different areas of the park and create a connection between the West Shore Expressway (Route 440) and Richmond Avenue to open the park, provide site access, and address transportation needs of the community. “With the successful implementation of the transportation network developed under this study,” NV5 writes, “the landfill transformation into a park will take on many more dimensions, including a self-sustaining economic generator, transportation hub, and alternative evacuation route.”

For the pre-scoping design, NV5 examined the technical feasibility of routing options through the site, with design variables that include differential settlement of the landfill mounds, weight constraints on sensitive infrastructure and the viability of flexible pavement. The firm emphasized that the transportation network was designed with a major focus on green infrastructure. “All of the stormwater generated from overland flow from the proposed roadway will be captured in a connected system of bioswales, wetlands, rain gardens, and retention and detention basins.” 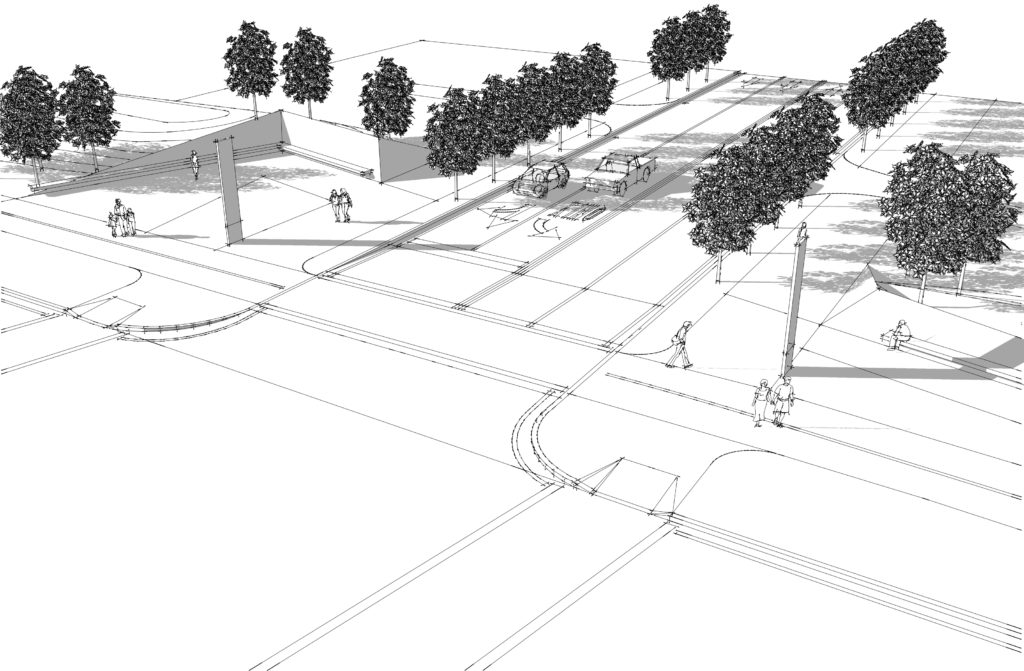 One of many sketch alternatives explored, depicting a new grand entrance to Freshkills Park. (NV5)

The project is currently estimated to cost about $150 million. The initial designs include plans for pedestrian walkways and a multi-use path adjacent to the new roads. The mutli-use path would connect to the New Springville Greenway, further expanding the greenway network on Staten Island. Additional features include creation and restoration of wetlands, dramatic views from reconfigured bridges, and sustainable elements throughout.

Once realized, this network of roadways will provide access to the park while also easing the traffic congestion that Staten Island residents struggle with on a regular basis. The plan was completed in 2015 and remains a critical goal in the development of Freshkills Park. This prestigious engineering award is a recognition that supports the future build out of this project.