A Look Back at the 2015 Freshkills Park BioBlitz

In 2015, sophomores from CUNY Macaulay Honors College worked with professional scientists across 233 acres and two days in August to conduct a BioBlitz at Freshkills Park. A BioBlitz is a 24-hr biological survey event aimed at developing a snapshot of as much biodiversity as possible in a given area at a particular time of year. Each scientist was tasked with leading a “taxon team” whose job it was to survey for a particular group of species. 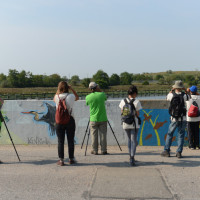 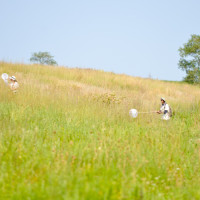 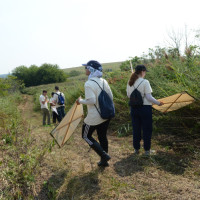 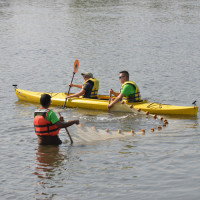 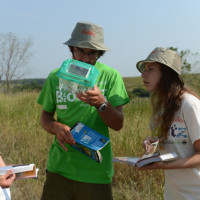 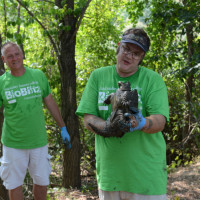 The event was the first of its kind at Freshkills Park for most of the taxa examined. More than one hundred species were observed during the 24-hour period, including the yellow warbler, ribbed mussel, sunflower, muskrat, blackjack oak tree, and fiddler crab. Some highlights from the survey included a peregrine falcon flying overhead, a great blue heron wading in the creek, and a black drum and a naked goby fish, a southern visitor up for NYC waters’ warmest time of year.

The work that took place during BioBlitz continues to have an impact. CUNY Macaulay Honors College students integrated the experience at Freshkills Park into their Fall 2015 science seminar. The collected data is helping NYC Parks staff and on-site researchers track the changes in biodiversity, and some of the researchers on site that day continue to help in species identification at the park.

The event was the third annual CUNY Macaulay Honors College BioBlitz. The program’s 2016 BioBlitz will be at Brooklyn Bridge Park, which is another example of a built environment in New York City. Freshkills Park’s Manager for Science and Research Cait Field will be there to help the fish taxon team.