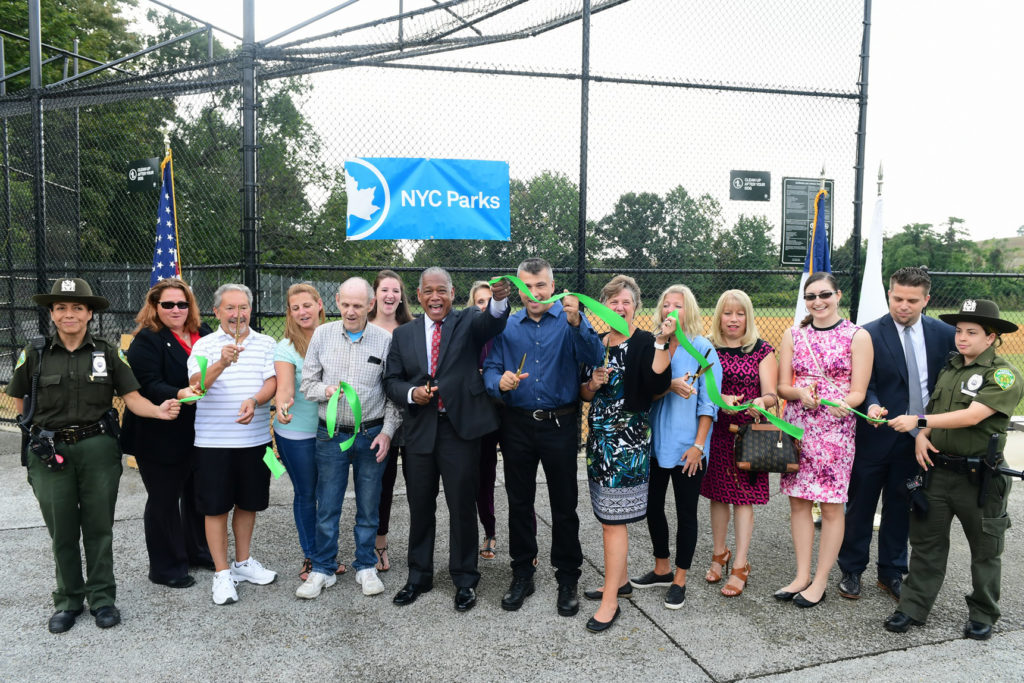 Construction started in March of 2016 and was completed three months ahead of schedule. The baseball field at Schmul Playground is located next to the future entrance to the North Park portion of Freshkills Park, which is expected to open in 2020.

Through this project, the ballfield has been re-graded and a new fence has been added, along with drainage improvements such as flood-resistance turf. The field, dug outs and drinking fountain are now ADA accessible. Additionally, the basketball court—which was damaged during Hurricane Sandy—has been resurfaced with $16,000 from FEMA.

The 8.4-acre site of Schmul Playground was gifted to the city from Louis Schmul, and became NYC Parks property in 1938. Previously a family farm, the marshy property was filled in the 1940’s to create usable, flat land. Schmul Park was renovated and redesigned by Field Operations as part of the Freshkills Park project in 2012. 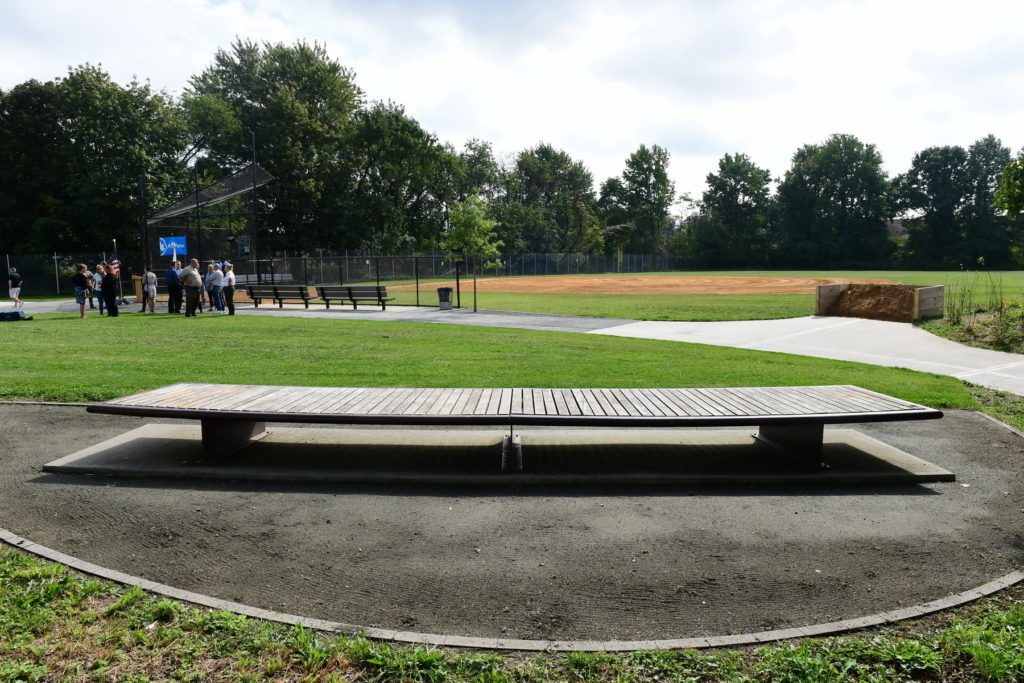 “I’m truly thrilled to reopen this field for you today,” said Commissioner Silver. “The rest of this park was reconstructed in 2012, but this field remained untouched. Now, the field finally matches the quality of this beautiful park. We have one cohesive, revamped space for the neighborhood to enjoy.”

“Schmul Park is truly one of the jewels of the Travis community, and a focal point of recreational activities utilized by families throughout Staten Island,” said Borough President Oddo. “That is why I allocated $750,000 in taxpayer funding several years ago to rehabilitate the baseball field, the outfield fencing, and improve the drainage. I hope this park continues to serve as a place where memories are made and family bonds are strengthened.”

“Ever since Superstorm Sandy devastated our city almost five years ago, there is one word that has constantly come up when we discuss building or renovating public infrastructure: resiliency,” said Council Member Matteo. “The Schmul Park ballfield is a model for resilient construction and exactly the type of smart investment we should continue to be making in our borough. Like the recently renovated park around it, this project was built to endure – from its fast drainage system and compact-resistant soil, to its semi-permeable pavement and native, sturdy grass. It will continue to be a great asset for the Travis community for many years to come.”

“NYC Park’s investment in the Travis community, by renovating the ball field in Schmul Park, is providing a positive outlet to encourage our youth to live a healthier life by getting out of the house and staying active,” said Assemblyman Michael Cusick. “Schmul Park will also be a place for children in the neighborhood to interact with one another and create a sense of community for future generations.”