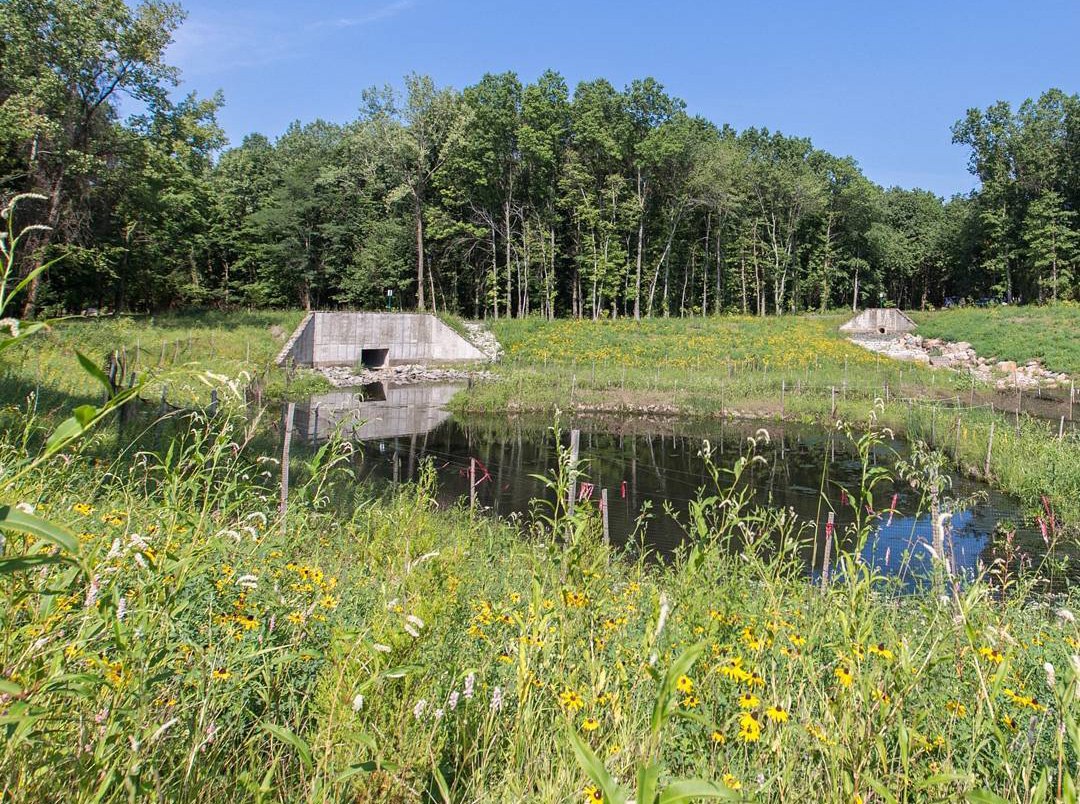 Why do we need a Bluebelt system?

When it rains, a conventional storm sewer discharges the stormwater to a stream. With development and the construction of hard, impermeable surfaces like paved roads and parking lots, more and more stormwater runoff is generated, often exceeding the capacity of the stream to hold the runoff. This creates roadway and stream flooding hazards and causes contaminants from roadways to be carried into the environment.

The Bluebelt is a collection of protected wetland systems that convey, store, and filter storm water (see diagram). When a storm sewer discharges to a wetland, the water is absorbed, eliminating the surge of water that caused the flooding. Wetlands also filter the storm water, so it is free of particulates and contaminants when it is eventually discharged to other water bodies. By collecting stormwater runoff and piping it through conventional storm sewers to wetlands, which naturally filter and store water, the harmful impacts of stormwater runoff are controlled in a cost effective and sustainable manner.

The Departments of City Planning and Environmental Protection began designing and building the Bluebelt system in the late 1980s. Staten Island’s growth in the 60s and 70s outpaced the construction of storm and sanitary sewer lines, and by the 80s it was experiencing failed septic systems, degraded water quality and flooding. Planners recognized the value of wetlands in stormwater management and began acquiring land with wetlands, streams and ponds and linking the parcels to storm sewer discharge points.

The City of New York has reclaimed a number of watersheds as part of the Bluebelt since the 1980s. The Sweet Brook project is the newest and largest expansion, and it involved upgrading storm water and drinking water infrastructure as well as a major expansion of sanitary sewer connections. After a quantitative analysis of water flows, the City installed three miles of new storm sewers and almost 200 catch basins and replaced and improved miles of existing drinking water mains. Additionally, almost 600 homes were taken off septic systems and hooked up to the city sanitary system, which provides a better way to capture and manage household sanitary waste. The City also planted hundreds of trees, shrubs and wild flowers in the new wetland constructed at the end of Sheldon Avenue. Not only does the wetland provide important storm water management but it is also creates new habitat for diverse wildlife.

As the City has expanded the Bluebelt system so has our knowledge of constructing wetlands. Now the Bluebelt project also involves reclaiming wetlands that had been disturbed or covered in the past. Just like Freshkills Park, the Staten Island Bluebelt is an example of how we can reverse the negative impacts of historic practices with large scale land reclamation projects.