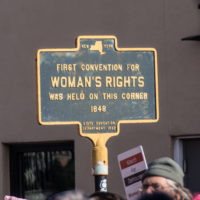 This year, America reflects on the centennial anniversary of the 19th amendment, which gave women the right to vote. New York State is the birthplace of the formal women’s rights movement and many prominent suffragettes. Recently, in recognition of the need to celebrate these women and more generally, to erect more statutes honoring women, New York City is designing and installing statutes of prominent women.

It is an exciting time for landfill-to-park projects in New York City. In addition to Freshkills Park’s forthcoming North Park Phase One development, the city saw its largest state park to date open in July on top of two former landfills.