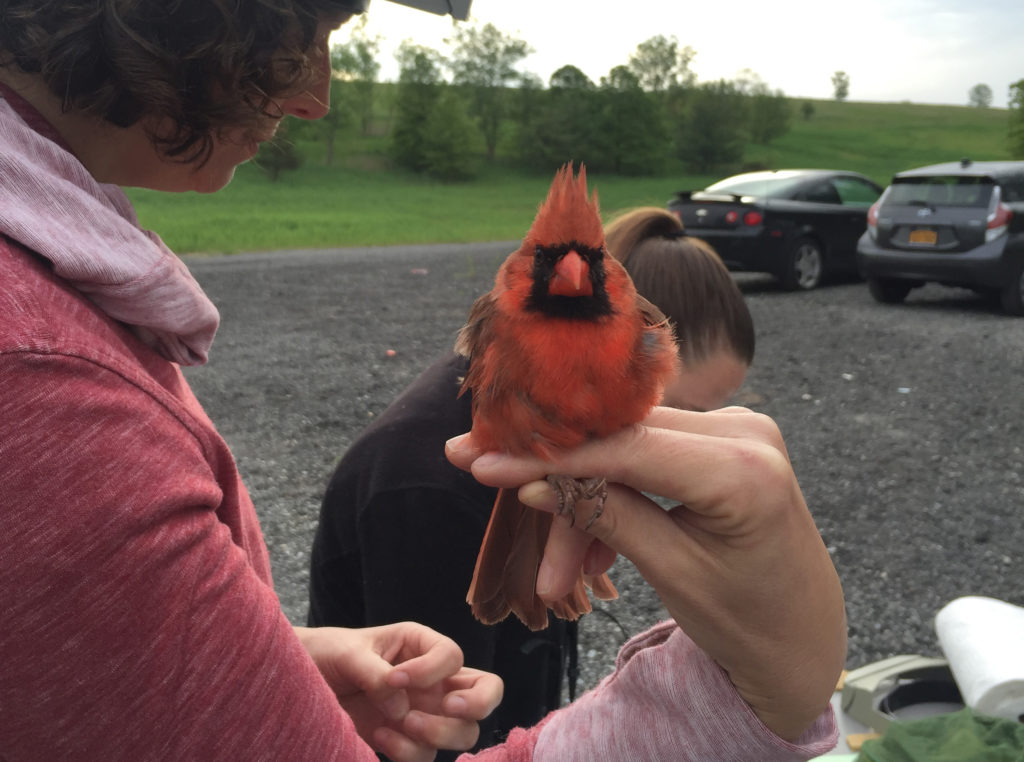 Since 2016, researchers from the College of Staten Island, led by Dr. Lisa Manne and Dr. Richard Veit, have operated a bird banding station at Freshkills Park each summer. The researchers have banded over 20 species of birds at Freshkills Park, including the indigo bunting, hairy woodpecker, and yellow warbler.

Birds are very active early in the morning, so researchers arrive at Freshkills Park at 5:00 a.m. for banding. For the next four hours, they catch birds using mist nets and add little identification tags to their legs before releasing them. This means that when and if birds are later recaptured, researchers will be able to learn information about their productivity and survival. If the birds are recaptured in a different region from where they were originally tagged, researchers can also learn about their movement patterns.

Researchers also record important demographic data, such as age, sex, and whether the individual has a “brood patch,” used for incubating eggs. A brood patch is a good indicator of whether or not the bird has a nest in the area. These details help researchers understand the factors that determine population growth for certain birds. The whole process takes just a few minutes.

In 2017, NY1 Reporter Amanda Farinacci visited Freshkills Park to learn more about the bird banding project. In an interview, College of Staten Island researcher Lisa Manne said, “This is a really important site because the novelty of taking a landfill and converting it to a park is being watched by many, many cities, and we want to know if the birds can survive in this human-altered environment.” See the full story here.

The bird banding station is part of The Institute for Bird Populations’ MAPS (“Monitoring Avian Productivity and Survivorship”) program. Today over 1,200 MAPS stations exist throughout the United States and Canada. The information that’s gathered at Freshkills Park is being added to large-scale data sets that increase understanding of bird productivity across the continent and assist in tracking species that visit the area.