Contemporary artists have found a new way to recycle discarded objects by transforming them into beautiful artwork. This unconventional technique has proven to be wildly popular and it echoes the Freshkills Park message that trash can be transformed into something beautiful. This style has been referred to as trash art. It serves as a reminder that art is a way to think more deeply and critically about our environmental responsibility regarding waste. Here are some of the artists who are working with items that would otherwise be forgotten.

Artist Jean Shin finds beauty in discarded materials with her clever and original art. She re-purposed old technology to make her piece Sound Wave. By using old records that once played music, she brought something conceptual to life. A sound wave is invisible, but through art it has taken shape.

Sarah-Jane van der Westhuizen has created some pretty amazing pieces by reusing scraps of metal, trashed televisions and telephones. This “rubbish artwork” is extremely innovative. She has used trash to convey television and telephoning as rubbish. 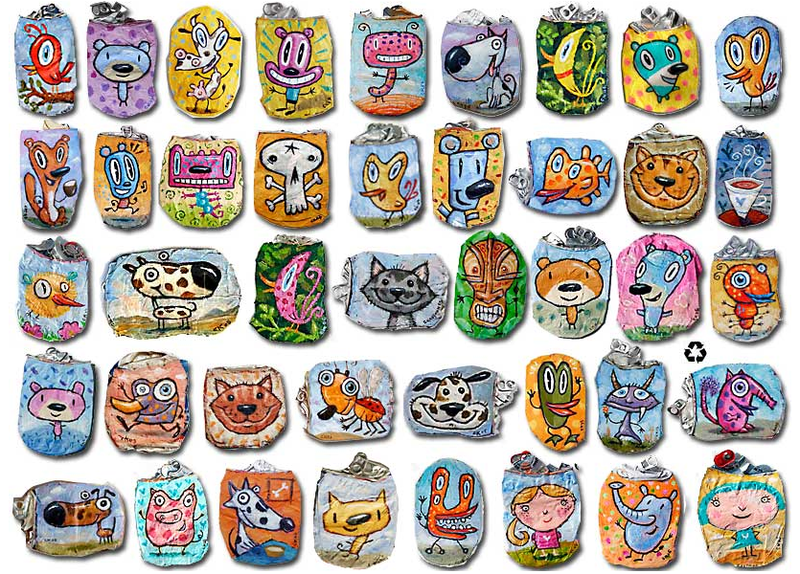 A small scale form of trash art would be Charles Kaufman’s crushed cans. Kaufman uses flattened soda cans as a canvas for painting. The cartoon-like drawings that he creates are fun and happy. His childish designs appeal to all ages. Whether he is drawing detailed bees or merry monsters, his art transforms a used aluminum can into a new and exciting piece. 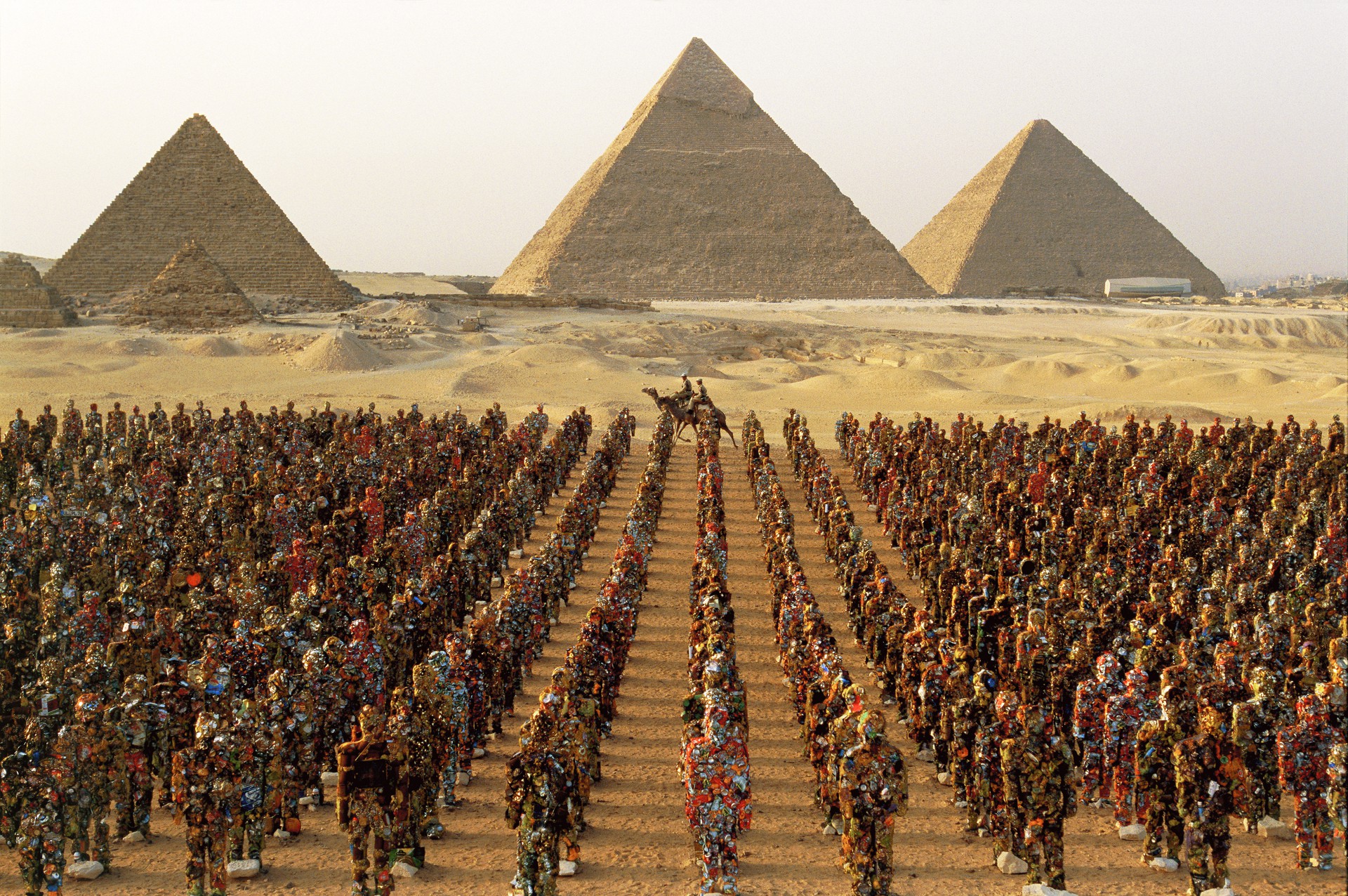 “Trash People” – In front of the ancient Pyramids of Giza.

HA Schult raised the scale of trash art with his impressive Trash People. Over the course of six months using crushed cans, old wiring and virtually any physical form of trash he could find, Schult created an army of sculptured excellence. His trash people have graced the Great Wall of China as well as the Pyramids of Giza, Piazza del Popolo in Rome and even our sister landfill-to-park project, Ariel Sharon Park in Tel Aviv. This work is original, detailed and the mass grouping of so many trash people is intimidating. The overwhelming effect of the Trash People is enough to stir the inner thoughts of his audience. He poses the idea that trash can have an afterlife outside of a landfill and when it’s molded into a human-like form it is trash personified. His most recent work was in Berlin, Germany during August of 2016.

The creative reuse of trash prompts people to reconsider trash and day-to-day habits that create waste and impact the environment. Trash art is a way to recycle old materials to make something beautiful. Shult’s haunting yet impressive Trash People have universal relevance and impact. Kaufman’s cute characters encourage a positive outlook on life. On a much larger scale, Freshkills Park is also re-framing “trash” and infusing it with new potential.