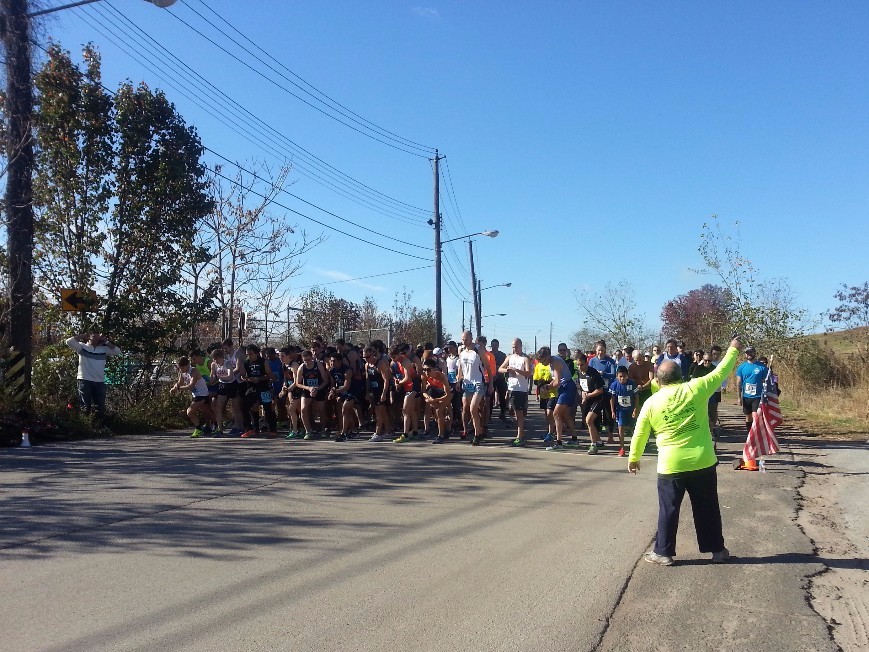 A record 165 runners participated in the 3rd Annual Staten Island Athletic Club (SIAC) Championship Cross-Country Race on Sunday, November 8. SIAC describes this yearly race at Freshkills Park as a chance to run or walk along one of the largest man-made mountains in the world, seeing part of Staten Island that few have seen and encountering wildlife along the way.

Entrants had a choice of either a 5K or 10K course, with both races starting at 10am. The 10K course was USA Track & Field (USATF) certified, which means that it was measured for accuracy and running performances could be accepted as a record or be nationally ranked, and a total of $1,000 in prize money was awarded to USATF members competing in the 10K race.

Mike Cassidy was the winner of the 10K race, crossing the finish line at 32 minutes and 5 seconds. A full list of race results can be found at The Staten Island Runner website.

Members of SIAC put on the Staten Island Cross-Country Championship to help raise money for the SIAC Scholarship Fund. The fund is designed to award scholarships to local Staten Island seniors who are about to graduate from high school and enter college.

To view 5K and 10K course maps and learn more about the event, visit the Staten Island Athletic Club website.