Highlights from BioBlitz! at Freshkills Park 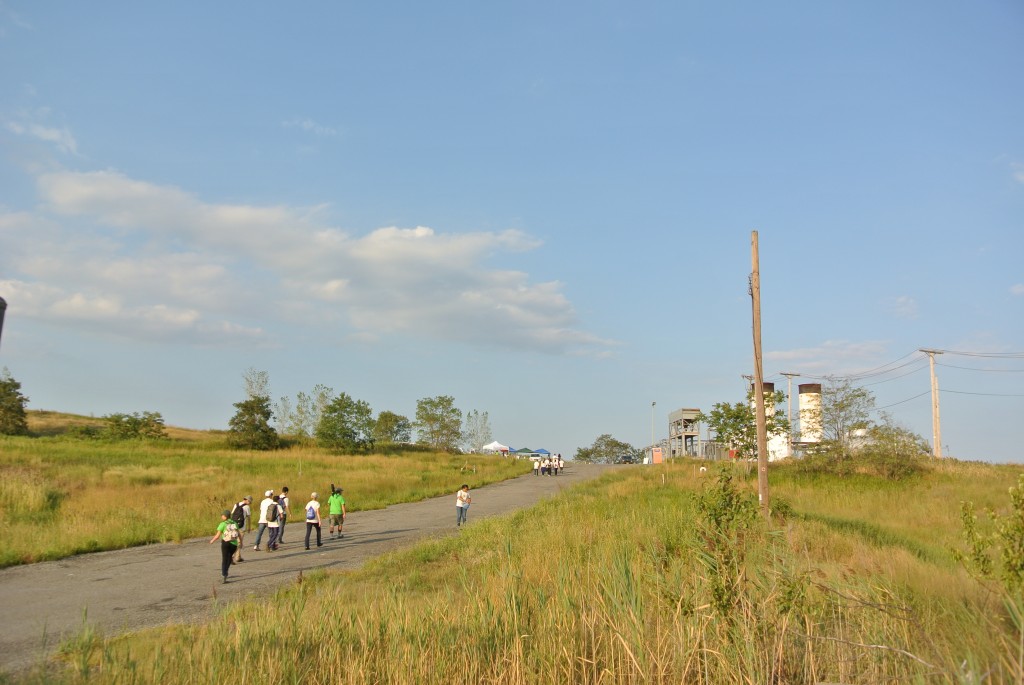 On August 29th and 30th, Freshkills Park teamed up with CUNY Macaulay Honors College to conduct a BioBlitz of North Park. A BioBlitz is a 24-hr biological survey event aimed at developing a snapshot of as much biodiversity as possible in a given area at a particular time of year. The event was the first of its kind at Freshkills Park, and the third annual CUNY Macaulay Honors College BioBlitz. In 2013, the college conducted a similar event in Central Park, and in 2014 they surveyed the New York Botanical Garden. All of Macaulay’s sophomores participated in the survey event, along with wildlife enthusiast members of the public and nearly 25 professional scientists. Each scientist was tasked with leading a “taxon team” whose job it was to survey for a particular group of species. 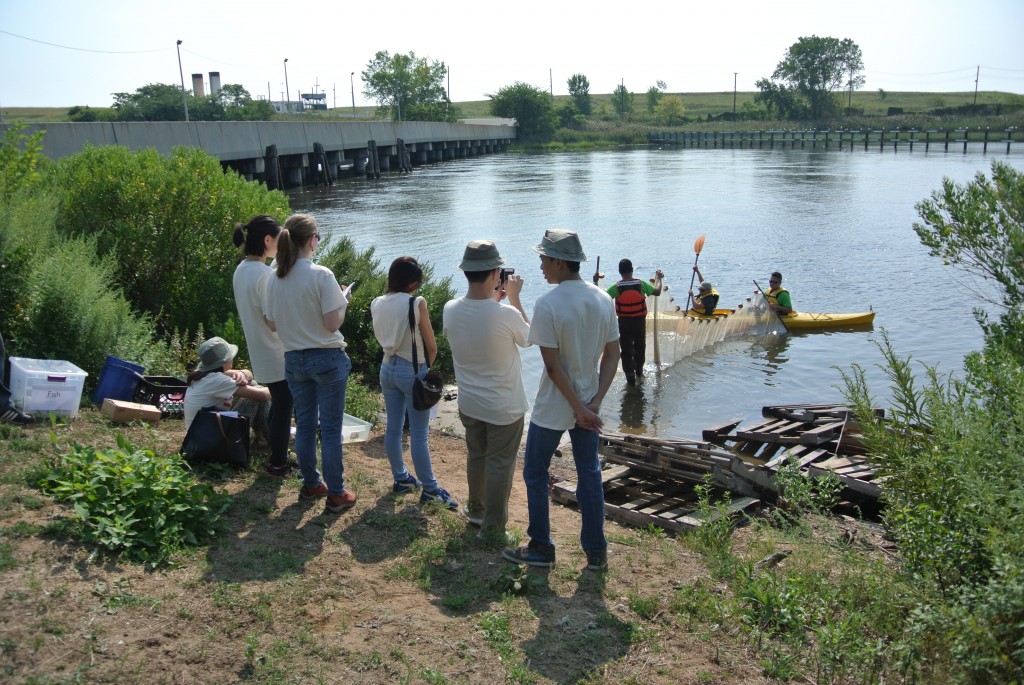 Taxon teams ranged from fish to bats to microbes to plants. As of this date, 314 species have been officially recorded in our observations in North Park’s 233 acres, although this list is not complete as researchers are still working to identify many of the microbes, arthropods, and acoustical bat call data. For a look at the data tabulated so far, check out Macaulay’s Freshkills BioBlitz site. 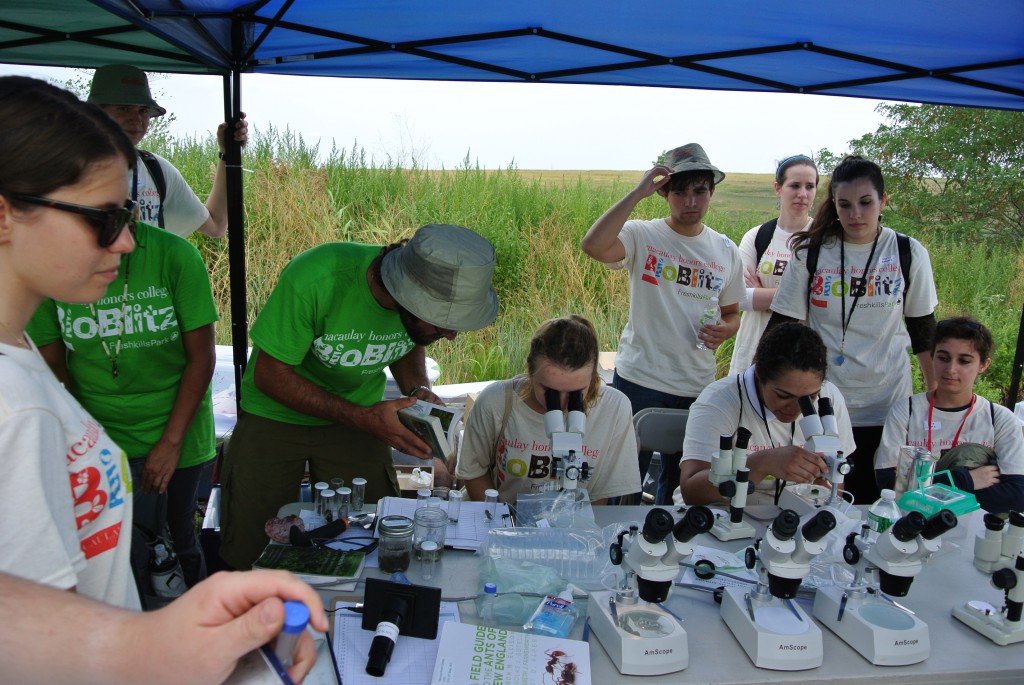 Some highlights from the 24-hr survey included a peregrine falcon seen flying overhead and a great blue heron wading in the creek spotted by the birds group. The plants team recorded a blackjack oak tree, which to their knowledge was the first recording of the species on Staten Island. The fish team recorded a black drum and a naked goby (a southern visitor up for NYC waters’ warmest time of year). 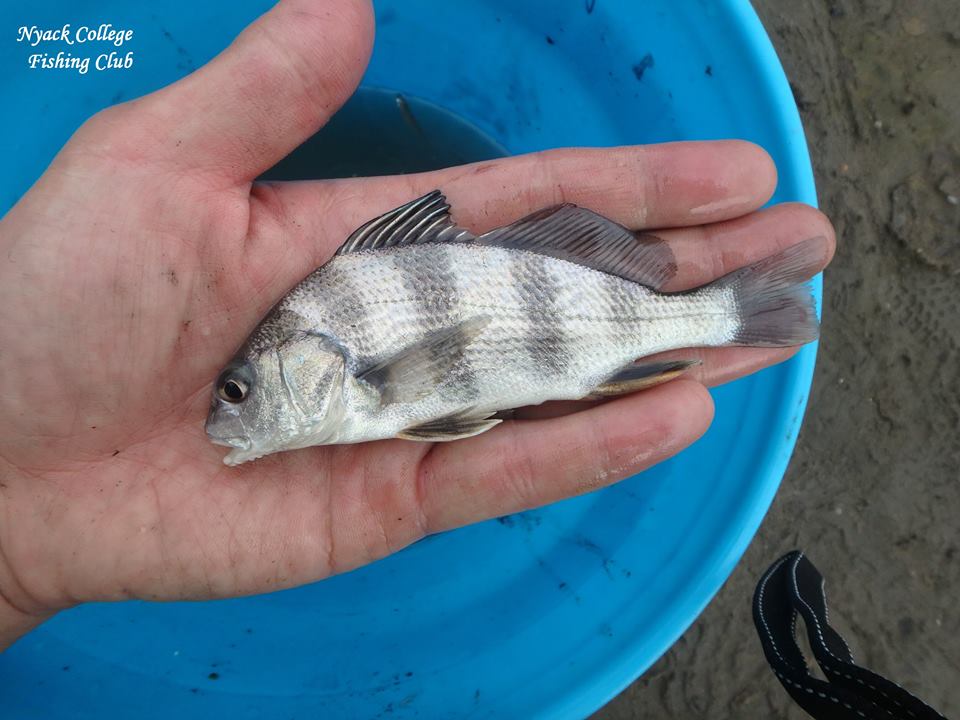 The collected data will help the Freshkills Park development team and on-site researchers track the changes in biodiversity as NYC’s largest former landfill becomes Freshkills Park. Stay tuned for future BioBlitz events in other sections of the park as the habitats throughout Freshkills Park are varied and many other species exist outside of the survey regions of this first BioBlitz. Check out coverage of the event from NY1 and The Architectural League’s Urban Omnibus.