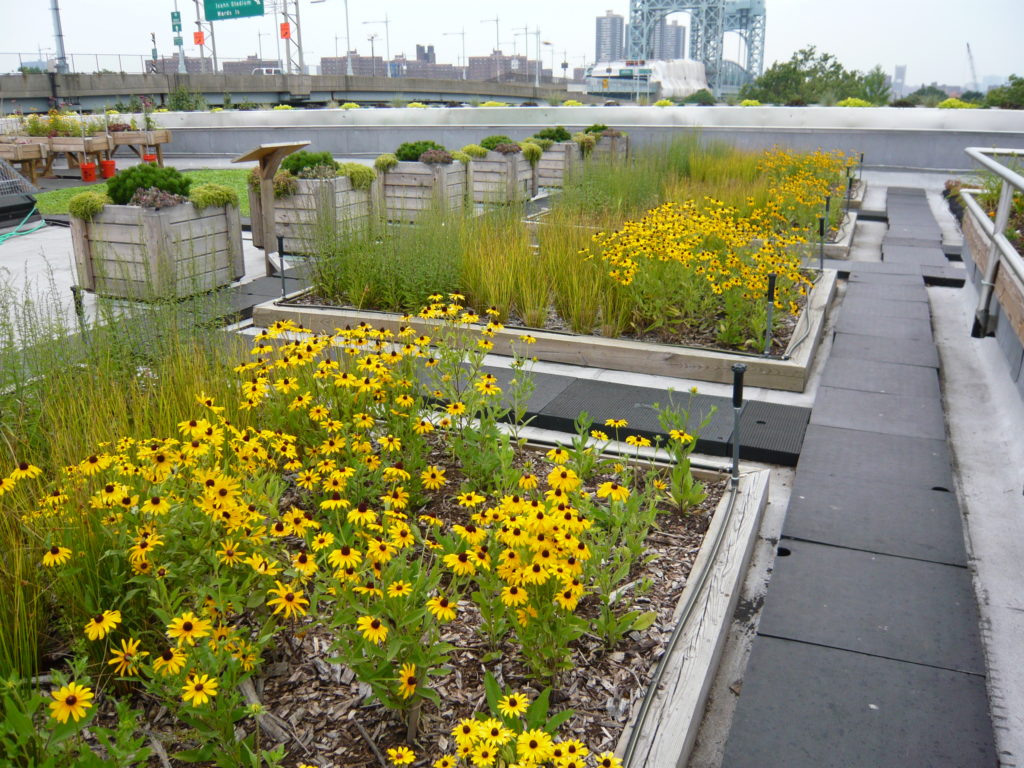 This month, Freshkills Park’s Cait Field and Mariel Villeré presented the panel, “Urban Ecosystem Services: Scales of Cultivation” at the Nature, Ecology & Society Colloquium at the CUNY Graduate Center, with speakers Annie Weinmayr, Jessica Hoch, and Melissa Zavala. The panel explored variations on the definition of “nature” within the built environment and how expanding that definition can shape new strategies for enhancing ecosystem services in our cities.

The discussion was premised by the theory that the urban environment is a part of nature, despite the contrast often drawn between nature and the city. With this perspective, we recognize the need to examine ways that nature already exists and thrives in our urban environments in order to use those precedents to further cultivate ecosystem services effectively. The discussion spanned a range of scales, from large or historic natural areas such as NYC’s remaining primary forests, to reclaimed urban land such as the former Fresh Kills Landfill on Staten Island now becoming Freshkills Park, to small design interventions in hard urban infrastructure such as green roofs and vertical gardens.

Annie Weinmayr is a landscape architect and NYC Parks forester who works to restore large scale urban forests and has worked to support the network of street trees throughout the city’s neighborhoods. From sidewalks to rooftops, Weinmayr said that we can consider new or hidden locations for design interventions and layering green spaces at various scales. Randall’s Island Park Alliance research coordinator Jessica Hoch spoke to green roofs in particular. Hoch has studied fungal communities on green roofs across New York City as indicators of biodiversity and soil health towards supporting other life.

Melissa Zavala, an adjunct assistant professor at CUNY John Jay College, concentrated on the Freshkills Park project for her dissertation work in anthropology. She connected the important shift in perception at Freshkills Park to the stewardship activities in natural areas across Staten Island as well as her native Queens, from forested areas to informal gardens on privately owned lots. Zavala pointed to the potential of adding new habitats and ecosystem services through many means and methods at different scales.

By looking at many intersecting systems as part of “nature,” the panel also considered social qualities and the influence of perception on stewardship conservation. They discussed the transformation of Fresh Kills Landfill into Freshkills Park and the particular conditions there of a human-made infrastructure that supports human-made habitat. Scientific research studies at Freshkills Park ranging from afforestation to grassland birds are complemented by methods introduced by artists who use data for interpretation and communication to a wider public by way of sound art, performance, and visual representation.

Urbanization is drastically increasing. According to the United Nations World Urbanization Prospects report,  58% of the world’s population resides in urban areas in 2018 (up from 47% in 2007 and 30% in 1950), and 68% is projected to live in urban areas by 2050. As our cities continue to grow and our planet continues to urbanize, we need to re-imagine the built environment with the potential for incorporating or layering green spaces at various scales. Parks and other green spaces are increasingly important both for urban residents and wildlife, as well as for the regional ecosystem services that these spaces provide. As our footprint of development expands, we will need to be creative in how we plan and manage nontraditional spaces that offer these traditionally natural amenities.