We are excited to announce the winners of the first annual Capturing Change Photography Contest! Dozens of photographers submitted more than 100 photographs, and contest judge Natalie Conn was impressed by the variety and complexity of the images. Conn reviewed the photographs anonymously and evaluated them based on creativity, composition, content, and artistic merit. 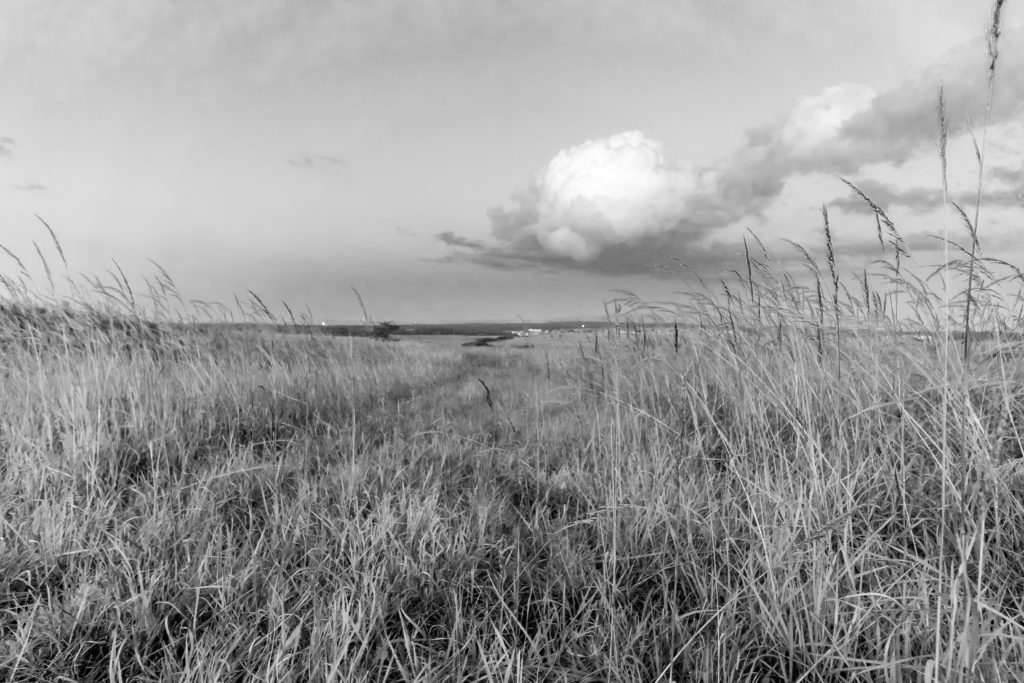 “I love, first of all, that the photographer decided to make this black and white, which inherently forces the viewer to see the formal aspects of the image and not be overwhelmed by colors pinpointing a specific season.  The plants are like pencil drawings and the clouds appear shaded with charcoal and are almost three-dimensional.  The viewer looks around the image from cloud, to horizon, to the grassy foreground.  It could be from the perspective of an animal in the grass and it’s hard to imagine that we’re at the edge of New York City, although the white tiny buildings in the distance are a clue that industrial spaces are nearby. The composition is considered, the image feels purposeful. It’s really a beautiful photo and would be nice to see it printed large for more details and patterns in the grass.” – Natalie Conn 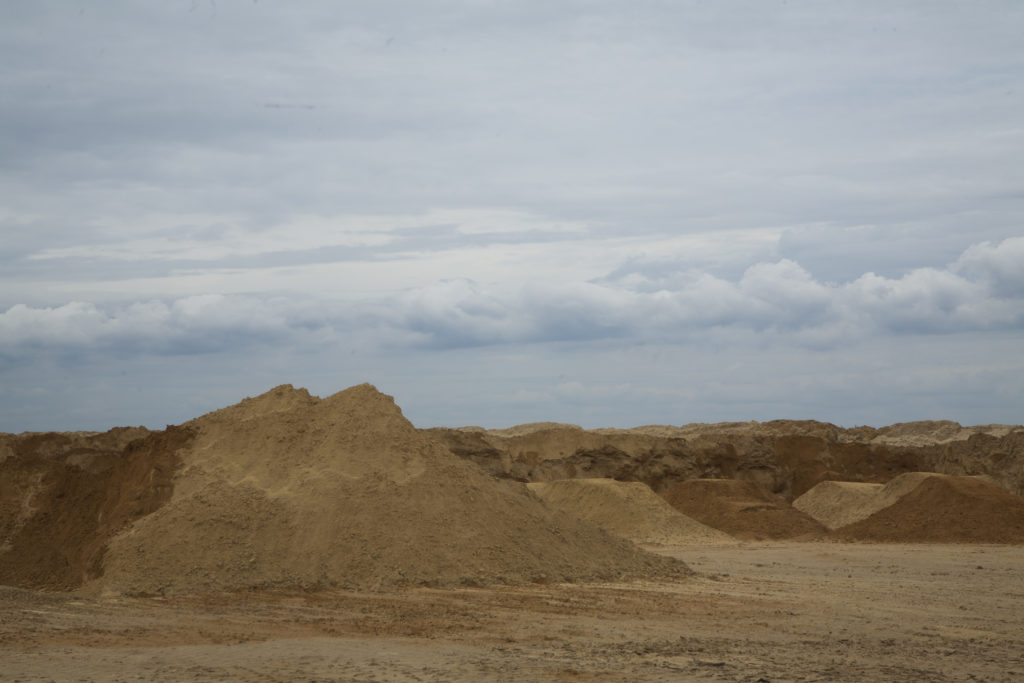 “The complimentary colors grab you in this image. It’s wonderful that they chose this time of day or this kind of weather when the sky is only blue, no bright overexposed pieces taking away your attention. It’s just beautiful shades of blue above orange-y brown dirt. The first place photo hearkens to an idyllic natural space where plants are overgrowing and a river and ocean beckon in the distance, but this space could be Mars or a desert. It’s a different type of nature, one that is modeled by people, and formed by machines. It’s an image that conjures a story of some kind. The viewer can wonder how this space was made and why. It also feels like a place in progress, a place that is about to be transformed. This image is also very considered and purposeful. The photographer was sure to fill the frame with gold and blue and human-made mounds, there is nothing on the edges of the frame that is accidentally captured and distracting.” – Natalie Conn 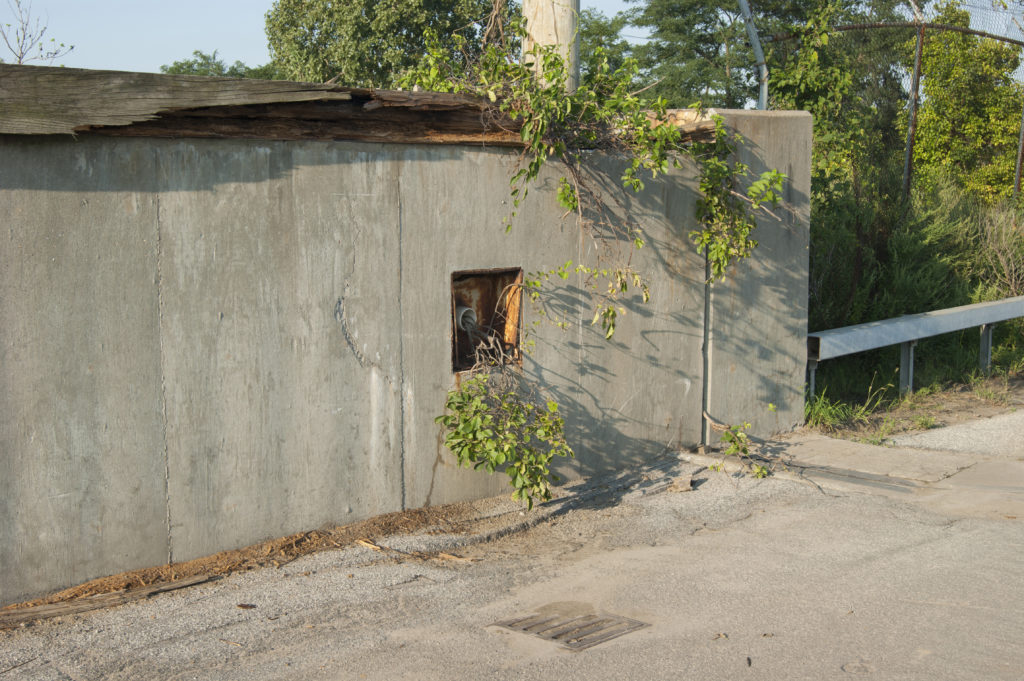 “I think this is a nice documentary image of the park. It focuses on that interesting combination of a wild natural space mixed with pipes and concrete, guard rails and roads. A tree is comically growing out of a drain pipe and branches out of the crevices of this mysterious unmarked structure. I also like the time of day. It looks like waning sunset light and normally people fix their cameras on the setting sun, but instead the photographer paid homage to an ordinary yet exemplary scene at the park and the merging of buildings and trees.” – Natalie Conn 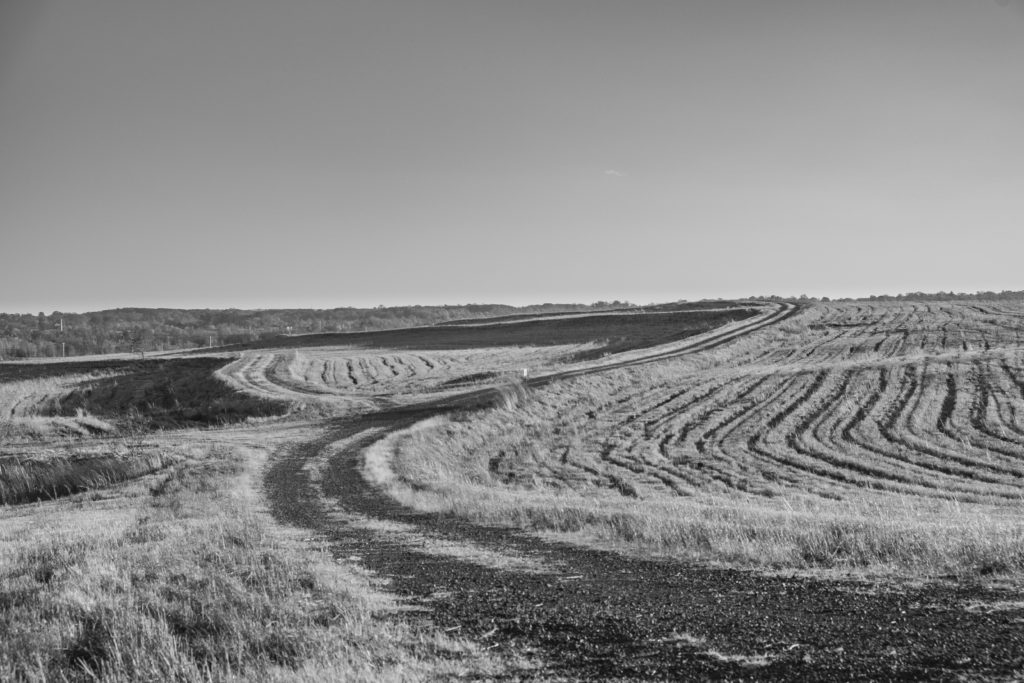 “Interesting curved lines in this image. I like that you can’t really tell where the road is going and how it moves. It looks like a place that is growing back: nature and humans have collided here in an interesting and confusing way. I love the slight incline of the horizon line and that the photographer chose it to be black and white, to focus on the patterns and the road.” – Natalie Conn 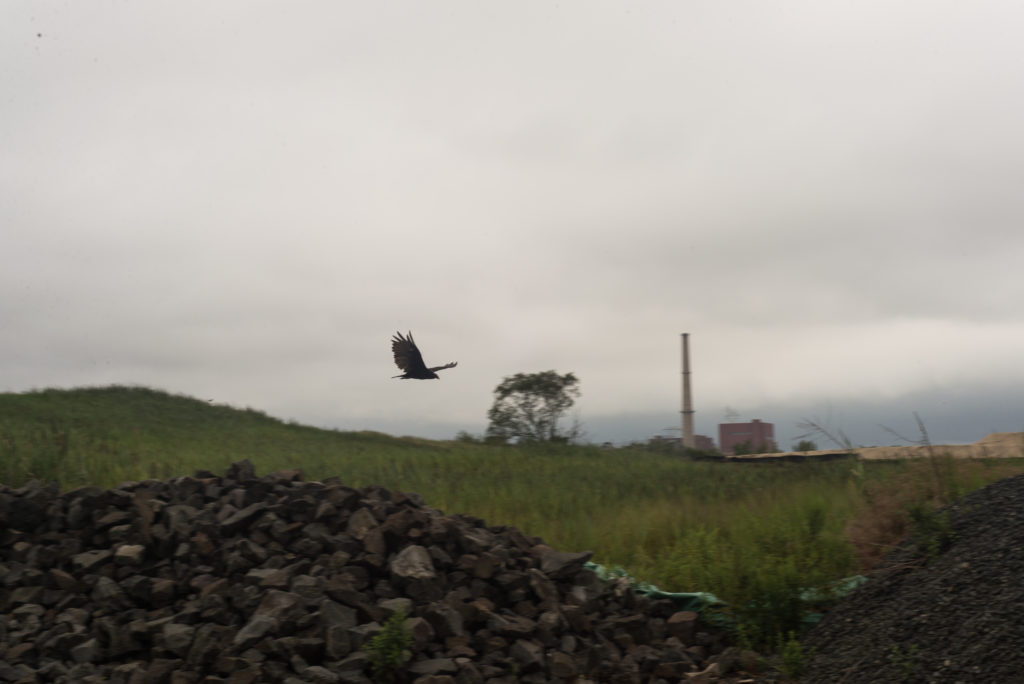 “I love the layers in this image, the heavy clouds, mysterious piles of rocks, oil painting-like grass. The eye is attracted first to the bird and then you slowly look around the space. It has a strong composition and sense of motion. There is something both serene and ominous about this image. I like the specificity of the green tarp and factory tower in this idyllic, pastoral scene.” – Natalie Conn

Thanks to all the photographers who submitted to the contest!