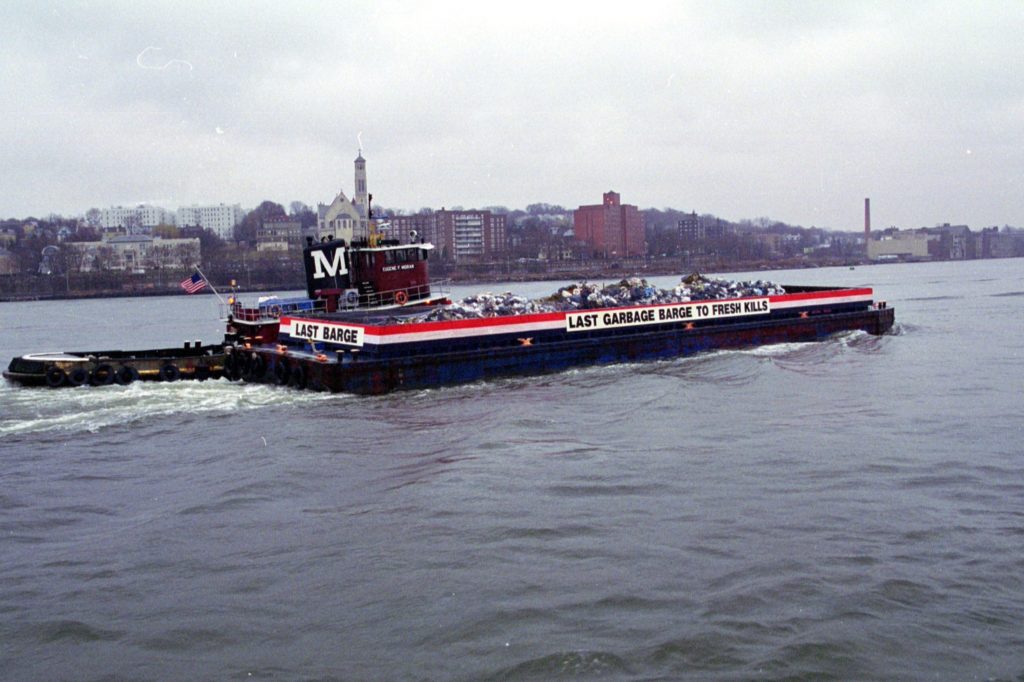 This month marks the anniversary of the Fresh Kills Landfill closing in 2001. The last barge of municipal solid waste arrived on March 22, 2001, 53 years after landfill operations began. Over the years, Fresh Kills had steadily become New York City’s primary landfill. The last barge signaled a major change in the city’s waste management plan. It also represented a shift to envisioning a new purpose for the 2,200 acre site.

“The Largest Landfill in the World”

When the Supreme Court ruled that New York City must stop dumping trash into the ocean in 1934, the city opened more landfills to accommodate the waste. In 1948, Parks Commissioner Robert Moses began landfill operations at Fresh Kills for what he promised would be three years before using the site for residential and commercial development. Due to population increases, changes in environmental regulations, and many other factors, the landfill remained open five decades longer than originally proposed. 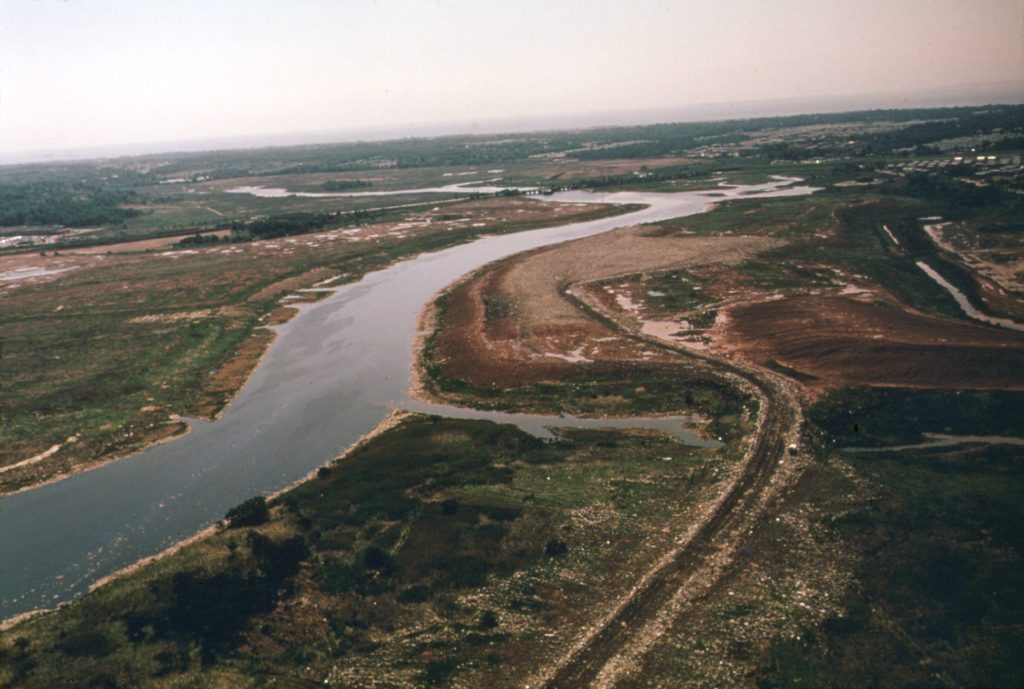 Fresh Kills continued to grow in size. By 1971 it received half of New York City’s municipal waste. With the 1991 closure of Edgemere Landfill in Queens, Fresh Kills became the last remaining landfill in the five boroughs. This fueled long-running opposition from Staten Island residents. In 1996, the New York State Legislature passed a law mandating that landfill operations cease by the end of 2001.

After the World Trade Center attack on September 11, 2001, Section 1/9 of the Fresh Kills Landfill resumed operations when materials from Ground Zero were transferred to the site for investigation and recovery efforts. Over 10 months, the FBI, NYPD and the Office of Emergency Management screened and sifted approximately 1.2 million tons of material from Ground Zero. The effort ended when all discernible materials were removed. The remaining material was placed in a 48-acre area adjacent to the investigation and recovery site.

From Landfill to Landscape

By 2001, the Department of Sanitation (DSNY) had already capped two of the landfill’s four major mounds, covering the garbage with layers of soil and impermeable materials and seeding the hills with native grasses. Later that year, the City of New York announced an international design competition to foster the development of a plan for the site. Field Operations won the competition and made a draft Master Plan for Freshkills Park.

Since then, NYC Parks has used the plan as a framework to guide park development. Freshkills Park is being built out in phases, with the park’s edges opening first so that people can enjoy new green space as soon as possible. DSNY continues to maintain the landfill, with oversight by the New York State Department of Environmental Conservation (DEC). DSNY follows DEC’s environmental rules and regulations for capping, collection, and monitoring. 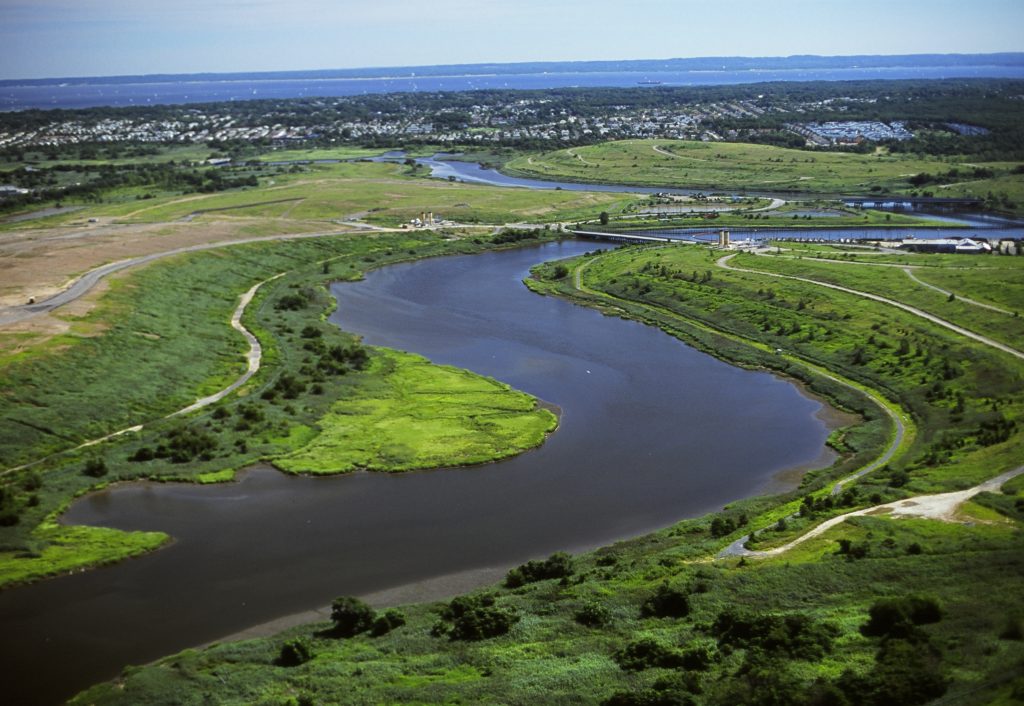 As development continues, the closed sections have become a place for wildlife. More than 100 species of birds have been observed along the creeks and meadows, including osprey, bald eagles, and grasshopper sparrows. This return of nature serves as a good reminder that open spaces are an important resource for cities.

In partnership with the Freshkills Park Alliance, NYC Parks staff are leading art and science programs. This moment in development is a unique opportunity for scientists to conduct research that furthers the knowledge of reclaimed landscapes and for artists to use the landscape to express their visions at a scale unique to urban environments.

Public events and tours invite the public to explore and learn about the ongoing transformation. Visitors are able to see how much has changed, understand how a place can be recycled, and envision the future parkland.