A Park Many Hands Have Built: Understanding Freshkills as Maintenance Art 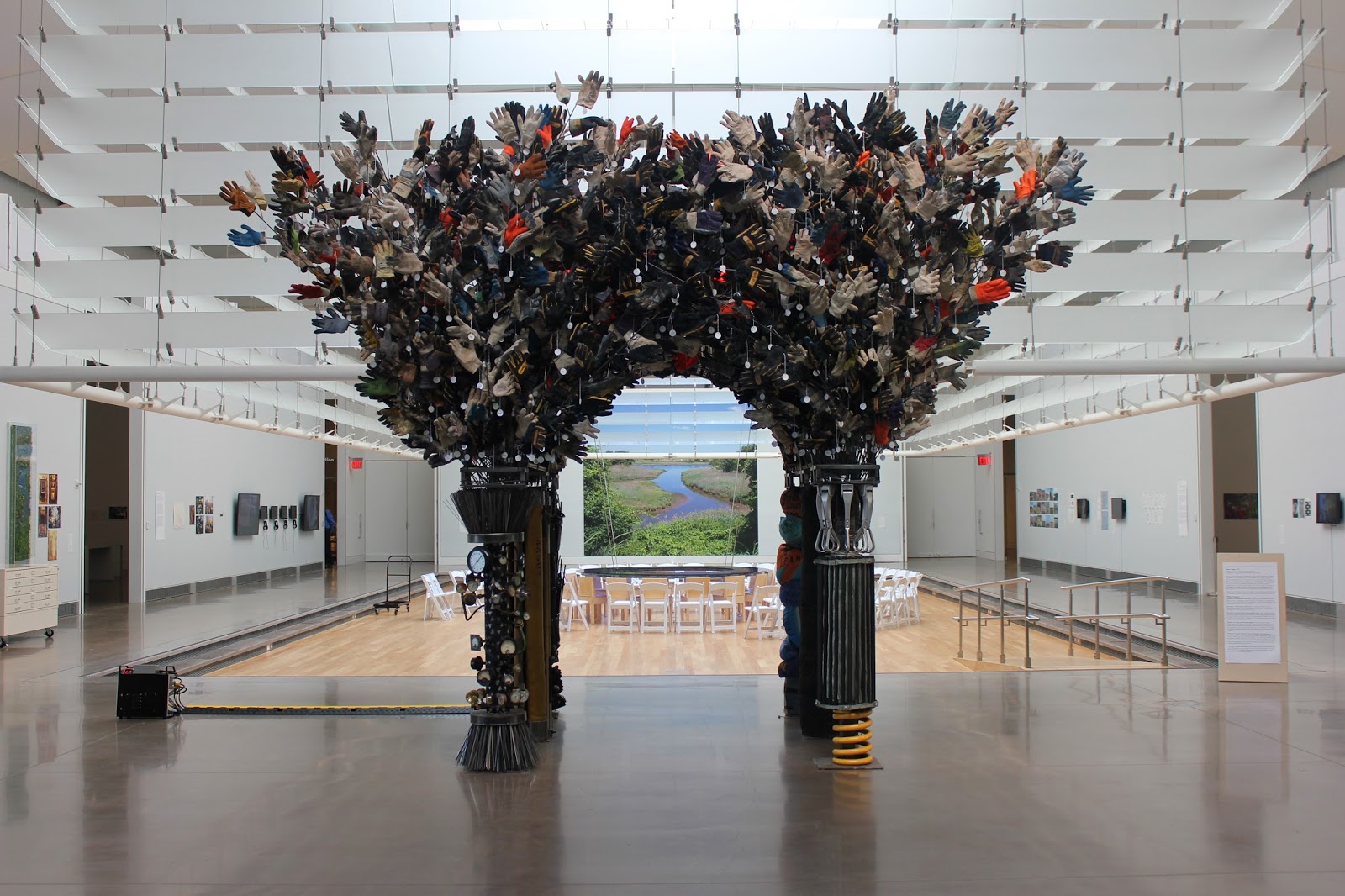 Mierle Laderman Ukeles first toured Fresh Kills Landfill in 1977. She had just been appointed the New York Department of Sanitation’s first (and only) Artist-in-Residence. At that time, there were landfills in every borough except Manhattan, and Fresh Kills was known as the largest municipal landfill in the world. Nearly forty years later, much of Ukeles’ work is now collected in Mierle Laderman Ukeles: Maintenance Art, currently on display at the Queens Museum. The exhibit documents her durational relationships with NYC Sanitation, Fresh Kills Landfill and Freshkills Park and illustrates the enormous impact these relationships have had on both artist and landscape.

As the exhibit title points to, most of Ukeles’ career is defined by “maintenance art.” In her 1969 manifesto she described maintenance as acts to “sustain the change; protect the progress; defend and prolong the advance.” Maintenance acts are normally thought of as little things done by people that culture-at-large cares little about: domestic work like washing dishes and washing laundry; professional cleaning services like waxing floors or cleaning restrooms; and municipal maintenance like cleaning streets and taking out the trash. This type of work is directly contrasted to development, which Ukeles characterizes as “pure individual creation; the new; change; progress; advance.” She aimed to answer her own provocation, “after the revolution, who’s going to pick up the garbage on Monday morning?”

The first thing you see when walking into Maintenance Art in the atrium of the Queens Museum is a large metal archway with thousands of work gloves reaching up towards the sky. Small orange tags let visitors know which city or regional agency each glove came from: Sanitation, Parks, ConEd, Transportation. All have the scars of a hard day’s work—holes, grease stains, the fabric worn and soft around the palm.

The archway is a signal to visitors about the stories Ukeles has chosen to feature. The theme of maintenance workers doing work—washing dishes, mopping, waxing – fills several rooms at the Queens Museum with Polaroid pictures, videos, installations, and performances. It takes hours to retrace her steps and understand the depth of her work—the people she talked to, the floors she mopped, and the high value she has continually placed on those who work tirelessly to make our homes, buildings and cities function.

Across from the arch in the central gallery is a large photograph of Freshkills Park. A view from the Land Bridge, which is a small gravel path connecting two of South Park’s rolling hills, this is the future location of Mierle’s permanent installation, LANDING. There will be three elements of this permanent artwork once complete: Overlook, Earth Bench, and Earth Triangle. Each intervention allows visitors to experience the landscape in a different way. They can walk out to the overlook and observe the landscape from above. At either side of the overlook path will be Earth Bench and Earth Triangle, where visitors can sit in and on these earthen structures, embraced by and embracing a landscape that was never considered safe before.

LANDING has yet to be completed. The photo is positioned at the back of the exhibit, in some ways like a crown jewel, flanked on both sides by over forty years of Ukeles’ work. In looking at this collection, it becomes clear that Freshkills Park is a place that millions of hands have built, first as a landfill and now as a park. Ukeles envisions the park as a place where people understand that we changed the landscape with our waste, and now we’re participating in the transformation.

Mierle Laderman Ukeles: Maintenance Art is on display at the Queens Museum until February 19, 2017.