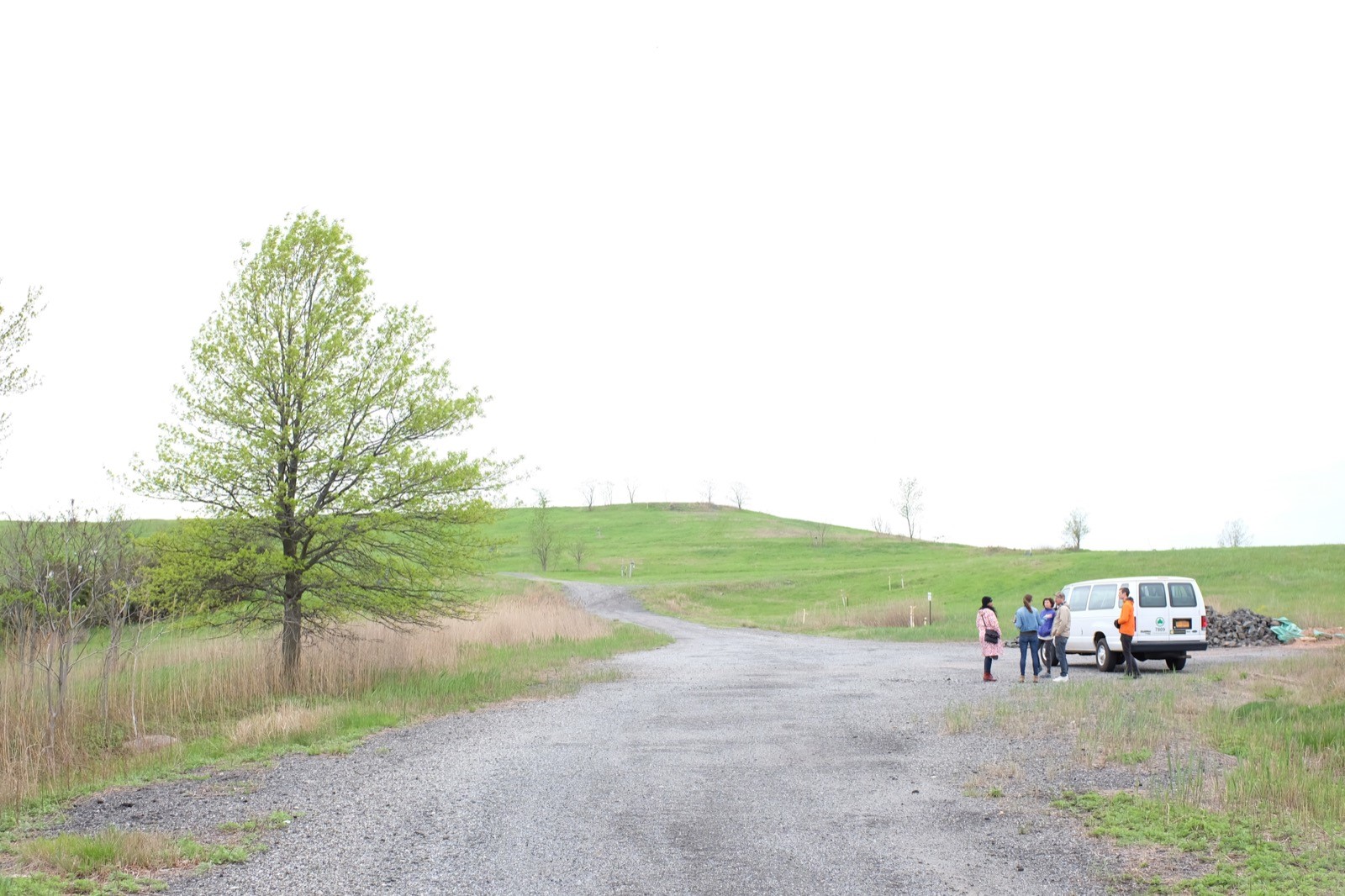 Dylan Gauthier co-curates Freshkills Park’s Field R/D residency program with Manager for Programs, Arts, and Grants Mariel Villeré. For the past decade or so, Gauthier has been making environmental work around water, including his collective Mare Liberum and What Wilderness, focused on the EPA Superfund designated Newtown Creek. He works as a visual and sound artist but also as a curator and cultural organizer, and the work he does tends to revolve around observation and listening, rooted in a background in acoustic ecology, environmental art, and social sculpture. Here he reflects on the process of realizing and cultivating the Field R/D program.

What inspired a research-based residency program for the Freshkills Park site?

The idea of a research-based residency program for Freshkills Park came out of the arts programming that Mariel Villeré had been producing for a number of years already, which was bringing in artists to make small interventions in the landscape. Mariel invited me to propose a project around the Confluence, the site of two historic creeks that cross at the “center” of Freshkills. The name Confluence was part of the James Corner Field Operations master plan. We had been discussing a curatorial project I took part in co-organizing in 2011 called Sea Worthy, which resulted in 35 original public art projects being created on waterways and waterfronts around the city over the duration of a summer, along with an exhibition mounted at EFA Project Space. Our initial thought for Freshkills was to stage a mini-Sea Worthy, by inviting a group of artists who were making work on and about our relationship to these watery places to create site-specific installations on the Confluence. Mare Liberum would build boats to bring the public out to visit them, etc. Once we started working on the concept together, however, our focus shifted away from the Confluence, and into the process by which we could build a public artist residency program for Freshkills Park for many more artists to be eventually involved over time, rather than for a single event.

Mariel had been thinking of what a residency program might look like within the park, since access is limited and there are currently no facilities that could accommodate residents. And with Mare Liberum, we were often sort of initiating these “residency” projects with institutions that didn’t have facilities but wanted to host artists to make work, so this felt like a natural turn. We sat down and thought through what Freshkills could provide — specifically, materially — and what kinds of artists we might be able to work with knowing that we didn’t say have studios on site. We knew the focus would have to be on research, and it made sense for the residency to inform future projects. We kind of envisioned it as an experimental think tank through which the artists involved would not only be researching and coming up with proposals for their own individual works, but would be shaping what a residency program could look like in the unique environment of Freshkills.

The group we reached out to initially is comprised of a number of artists who use a research-oriented process to make their work, and were comfortable collaborating, working with an open deck and sharing, in a way, to inform the broader program. We decided the program needed to proceed slowly at first, allowing time for research and repeat site visits, in part because of the geologic history of the place. The landfill at Fresh Kills was formed and filled in 53 years, during a time when speed and disposability were seen as progress. But New Yorkers (or whomever comes after us) will have to deal with the effects of that landfill for the next several thousand years. So in a way, we wanted to make sure that our process could take its time, ask the right questions, address as much as possible the full scale and scope of the history of that place, without rushing. Slowness was important. 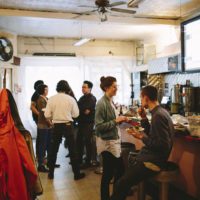 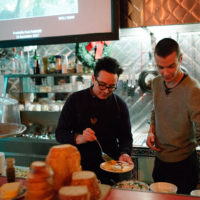 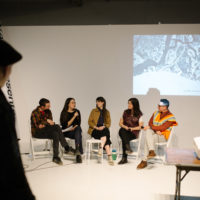 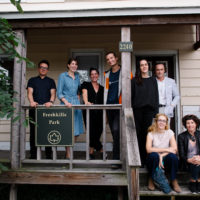 How has the artistic research program grown and taken shape since the first iteration of the project?

As a kind of “teaser” we invited three artists to lead a boat tour on a Classic Harbor Lines yacht from Chelsea Piers out to the Confluence by boat. This was in October of 2016, and we asked Nancy Nowacek, Lize Mogel, and Mary Mattingly to guide us on the trip. We pulled up alongside Mary’s “Swale” project, a barge that contained a “floating food forest” which was then anchored at Brooklyn Bridge Park; Nancy guided us through her proposal for “Citizen Bridge,” a temporary walkway to connect Governor’s Island with Brooklyn over Buttermilk Channel; Lize narrated sludge barges and the three wastewater treatment plants that you can see along the route, and illustrated her talk with baked cookies that were frosted with aerial images of these plants. It was an incredibly windy day. So all in all this was an amazingly fortuitous and fun way to begin a project.

These artists became part of the first “cohort” of the Field R/D residency. The first official meeting was in April the following year, and at this point we had named the initial cohort as Gabri Christa, Billy Dufala, Torkwase Dyson, Mary Mattingly, Lize Mogel, Nancy Nowacek, Joe Riley & Audrey Snyder, along with photographer Natalie Conn who was commissioned to document the artists’ processes and the artist and writer Kendra Sullivan who will be writing an essay about the project for an eventual catalog publication. We would meet once a month to discuss texts, screen films made by artists at Fresh Kills Landfill — Mierle Laderman Ukeles has a piece from the 90s that is incredible, and there’s a little known Matta-Clark film about his van — and share work and riff on each others’ proposal ideas, and sometimes invite in speakers to share their research and work around the park and NYC’s waste management systems. We left the structure fairly open, and artists could arrange with Mariel to visit the site, and were invited to take part in science and other research opportunities (from bird banding to soil and water testing) along the way, in addition to connecting them with knowledgeable folks in city agencies.

How have participating artists approached the process-based residency program?

Each of the artists involved were offered the opportunity to make a proposal for the park as part of their research. In some cases these resulted in proposals for actual pieces, and in some the proposals themselves became the artwork. I think what was really important in the process here was that the artists were invited to play within this very tightly controlled space. You have to remember there is no public access to this site (aside from guided weekend programming and a few large scale events per year) and it is simultaneously managed and maintained by multiple city and state agencies.

As a group, we grappled with the environmental trauma inherent to the site — the legacy of waste on top of valuable ecosystems and the emotional history of 9/11 around the same time that the landfill closed. At the same time, Fresh Kills (the landfill) is a mega-monument to consumerism, which can seem absurd and prompted humorous or playful approaches to the site by artists in the first cohort. These responses point out how out-of-whack our habits and relationships to our personal waste are and how desperately they need to change to spare other communities in the waste export network. Each of the artists brought their particular lens and vocabulary to the process, and this produced a really diverse kind of response to the site.

What is the focus of the 2200 Acres exhibition?

The exhibition revolves around the proposals that the artists made for a work or series of works that could theoretically be installed/performed/or otherwise exhibited at Freshkills. For the time being, the framework to install a massive public art project does not yet exist. So for 2200 Acres, we wanted to share the process and the proposals that came out of our year of working together.

We asked the artists to delve into their proposals, to produce proofs of concept and renderings and share their research with the public. This resulted in a number of works that really stand alone as artworks, including a native pollinator garden that was planted in its first iteration by Mary Mattingly and will continue to exist at the Richmond Avenue site of the Freshkills Park Studio + Gallery, and a 360 degree video piece by Nancy Nowacek that functions as an installation and a wearable experience of the choreographed performance she created for the mounds. The Dufala Brothers (Billy invited in his collaborator Steven to work on the exhibition) presented small architectural maquettes of four proposals for public art, including a performance called “dumpster dominoes” that is exactly what it sounds like and for practical reasons will probably never be able to be enacted on site. With Mare Liberum we designed a boat specifically for the marsh, based on human powered marsh boats from around the world, and intended to be constructed out of cast-off cardboard. Joe Riley & Audrey Snyder’s work researching the hidden networks of waste transport and following New York City waste to the 9 states that now receive garbage that would have gone to Fresh Kills Landfill before closure became a sculptural video installation. So in some ways these research-objects, that is, objects that tell the story and process of the research, and function of artworks on their own, became the focus of the show. 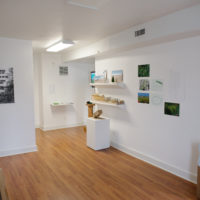 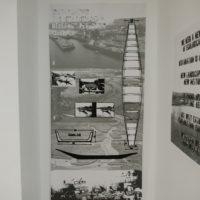 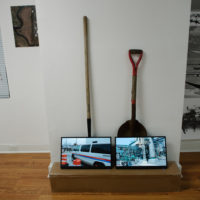 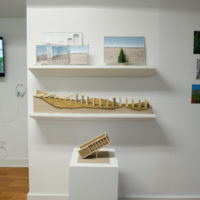 What are the next steps for Field R/D?

The current exhibition is on view at the Freshkills Park Studio + Gallery until February, and we hosted an artist-organized performance-lecture-tour of the Park led by Lize Mogel on November 18, 2018. We’re simultaneously launching our second cohort, which includes Staten Island-based visual artist and filmmaker Jen Liu, printmaker and sound artist Sto Len, and visual artist and cultural activist Antonio Serna. The second year will draw on learning from the first, as we continue to cultivate and refine the research residency and create possible frameworks and openings for artists and community interaction through public art at Freshkills Park as the site develops over the next 20-30 years.