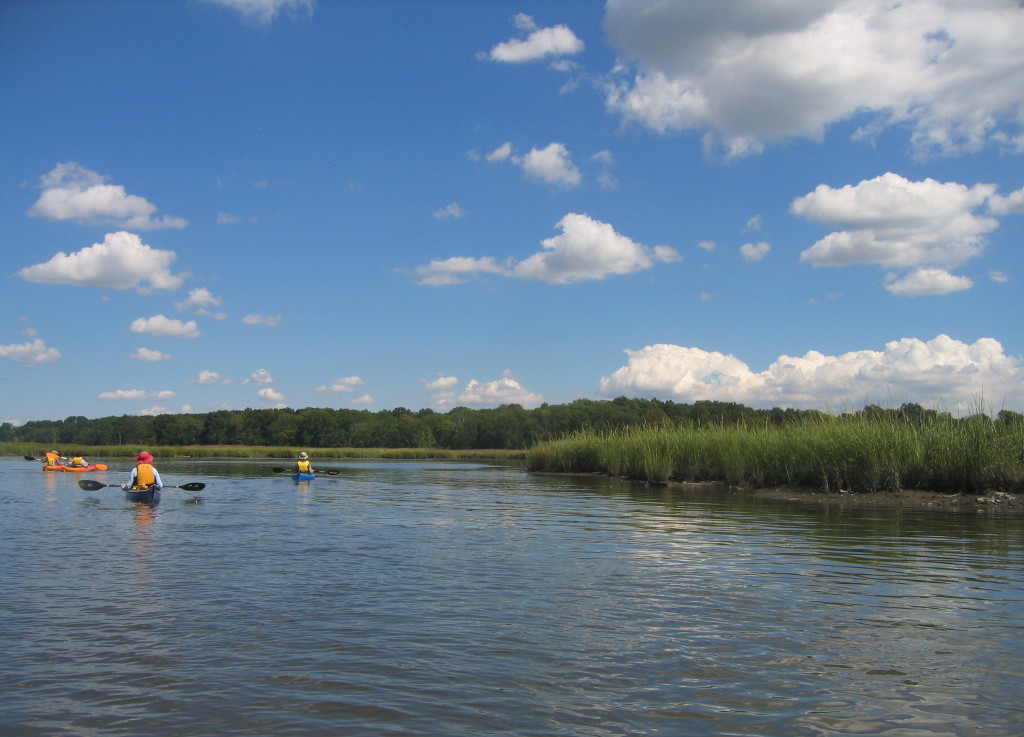 Did you know that the month of May is dedicated to celebrating the importance of wetlands? Back in 1991, the EPA and its partners designated May as American Wetlands Month to educate Americans about the value of wetlands as a natural resource. Since then, annual events have brought scientists, educators, and the general public together to discuss the topic and raise awareness.

The designation proves that people have learned a lot about wetlands since the Fresh Kills Landfill was established in 1948. Before landfilling began, the Fresh Kills area was primarily a wetland ecosystem with tidal creeks and coastal marsh. It was a common practice at the time to fill or drain wetlands for development. In fact, between 1650 and 1980 lower Manhattan was expanded by draining and filling in surrounding wetlands (map).

By the time the Freshkills Park project was underway in the early 2000s, research had shown that wetlands are amazingly productive ecosystems that provide many benefits:

For these reasons, New York City is prioritizing ways to conserve, protect, enhance, stabilize, restore, and expand its wetlands and associated buffer areas. This includes wetland restoration at Freshkills Park.

Researchers at Freshkills Park are exploring a variety of restoration strategies for the wetland shorelines. These strategies include tracking the creeks’ water quality parameters and surveying the fish populations that make use of the park’s waterways. As those projects are underway, scheduled kayak tours give people the chance to explore the area’s waterways and wildlife. Though much of the wetlands were filled in during Fresh Kills Landfill’s 53 years of operation, creeks still run through the heart of the site, connecting the Arthur Kill to the William T. Davis Wildlife Refuge.

The research and recreation at Freshkills Park are just a few examples of how people can benefit from and learn about wetlands. For more information, visit the EPA website.