Softening the Edge: How Wetlands Are Protecting Our Coasts 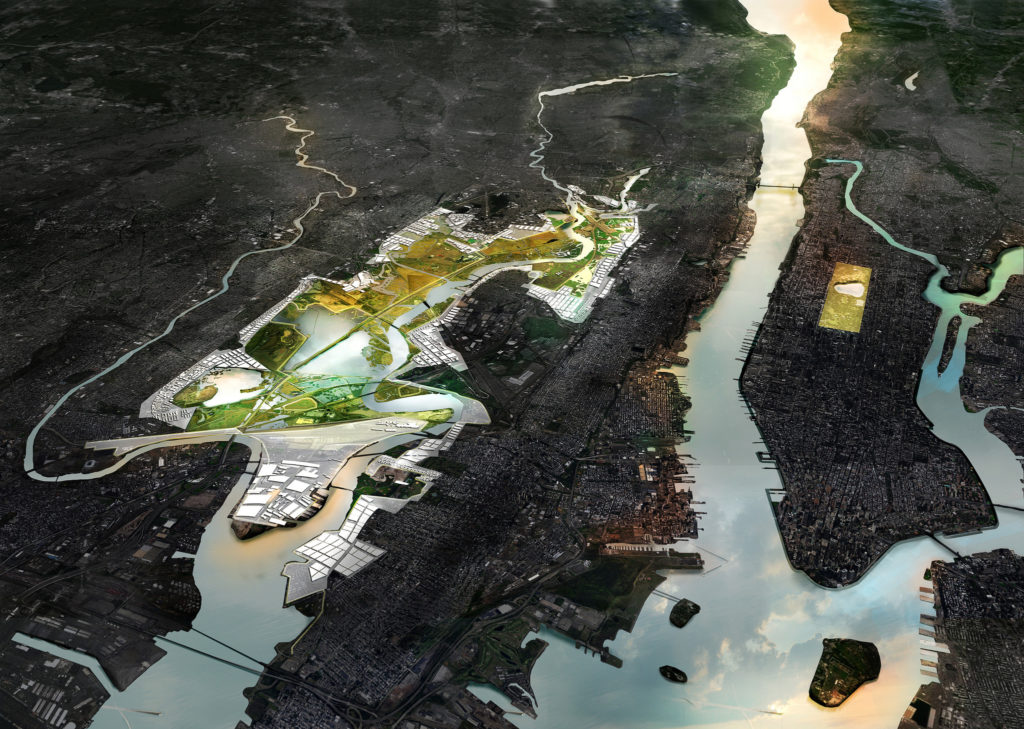 Last year’s winning project for HUD’s Rebuild by Design competition, New Meadowlands, will be making its first steps toward fruition. In April, the State of New Jersey announced a request for proposals from civil engineering and hydrology firms for a feasibility study, environmental impact statement, professional engineering design, and construction administration services. The federally funded project was awarded $150 million for its proposed redevelopment of an historic wetland area in the Meadowlands, stretching from Kearny, New Jersey at the confluence of the Hackensack River and Passaic River to the region bordered by the cities of Little Ferry, Moonachie, Carlstadt, and Teterboro. The proposed intervention focuses on the health of the Meadowlands’ wetland as a means to protect and revitalize urban development within the region.

The Importance of Wetlands in Urban Environments 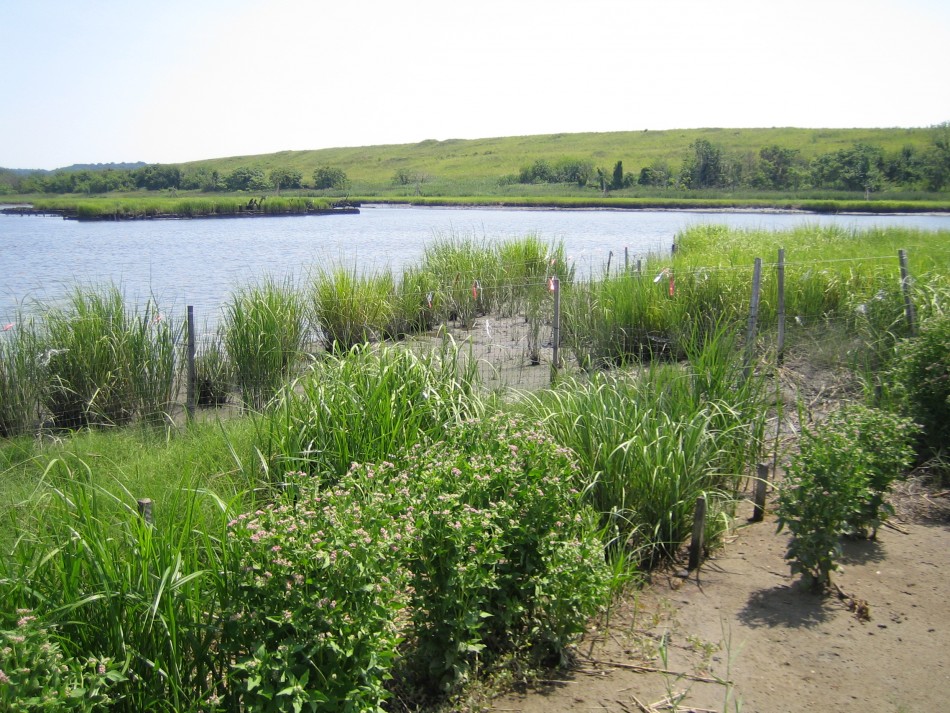 A wetland is a type of aquatic biome whose main characteristic is that it is land saturated with water; this includes marshes, swamps, bogs, and wet meadows. The New York Metropolitan area has several notable wetlands in various states of health – Freshkills Park is home to one currently being revitalized; other notable examples include Jamaica Bay, Flushing Bay, Soundview Park, and former wetland creeks like the Gowanus Canal.

Historically, the NY-NJ waterways have been at the mercy of industrial development. Until the 1900s dominant public opinion said that wetlands were ‘wastelands’ that required improvement by way of making them useful for industrial use. According to Urban Habitats, this promoted actively destructive practices: harvesting of vegetation and minerals, alteration to water patterns, land making along the soft edges of the wetlands, and dumping of pollutants from industrial processes into estuaries. While the consequences of these activities were ignored for most of their history, it is now against our better judgment to perpetuate this type of willful destruction. Together these practices destroyed ecosystems, salinated fresh water and severely disrupted some of the most effective forms of protection that wetlands offer: flood mitigation. 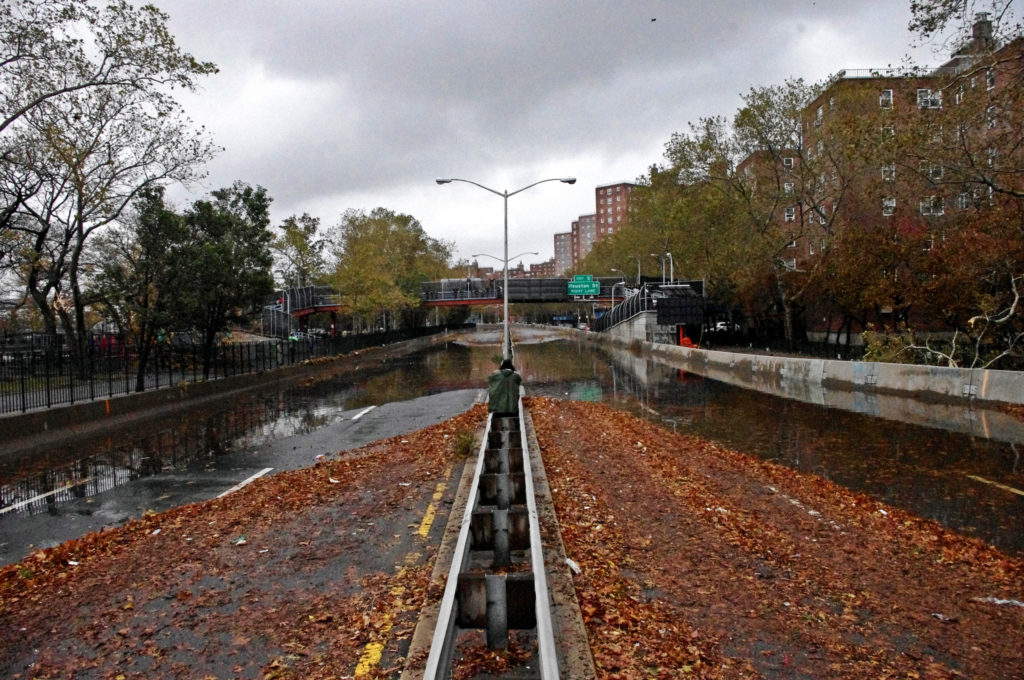 One of the main lessons learned from Hurricane Sandy in 2012 was that the NY-NJ region was extremely vulnerable along its extensive coastline. Much of these borders are built up or have malnourished coastal habitats. These coastal edges failed in mitigating the onslaught of water, from leaping over this artificial boundary and flooding 51 square miles within New York City alone.

In spite of this staggering statistic, there were areas of NYC that were somewhat spared by natural mitigating factors. According to the PlaNYC Resiliency Report on Hurricane Sandy, “beaches nourished with sand, dunes, wetlands, new and elevated drainage systems, site elevation, and bulkheads—did offer some protection” to areas with several such features such as Coney Island and Brighton Beach in south Brooklyn, and Beach 56th Street on the Rockaway Peninsula in South Queens. These natural barriers were effective in reducing the severity of the impact. With the proper cultivation, they can work with improved infrastructural interventions to better prepare the coastline for future natural disasters.

In an event like Hurricane Sandy, the difference between hard edges and soft edges becomes critical. A hard edge is an abrupt transition to an impermeable surface – the type that happens at piers between a river edge and a bulkhead. Soft edges are gradual transitions – the kind one sees on a beach where the ocean meets the sand – a permeable surface – before an impermeable – surface like a street. The critical difference is how the boundary between developed land and the coastline can handle a storm surge – those walls of water propelled inland by hurricane force winds. Are these surfaces permeable? Can the water be absorbed and retained before reaching areas where people live and work?

In contrast to a concrete promenade, a wetland has a naturally soft edge: the land goes through stages of saturation before transitioning into firm ground further inland. You can think of them as an “in-between” zone – a liminal boundary that behaves like a sponge. They can absorb and slow down the velocity of a storm surge, lessening its force and magnitude, thereby decreasing the damage it may cause.

When healthy, these coastal barriers offer vital forms of protection for urbanized areas. Since the latter part of the 20th century, dedicated groups are working to seed and protect wetland grasses that stabilize the soil, prevent erosion and rebuild habitat.

Wetland restoration efforts are already underway in the New Jersey Meadowlands. This area, west of NYC, has been inundated by destructive industrial activity along its shores since human settlement for three centuries. In support of these projects, the team for New Meadowlands, which includes MIT CAU + ZUS + URBANISTEN and the collaboration of myriad government entities, have put together a proposal that looks at the inherent protective qualities of the wetlands and the vulnerability of its current urban functions to propose a project that is multi-functional and sweeping in scope.

The team chose the site based upon research of social, infrastructural, flooding, and pollution risks and vulnerabilities of New York’s metropolitan region. They found that a high incidence of these intersected in the Meadowlands area. New Meadowlands is envisioned in several components. The project focuses on building up the resilience of this area by restoring wetlands, establishing natural reserves and accessible park areas – a component of the project called Meadowpark.

As for development – the project proposes mixed-use, medium-density structures, and the establishment of commercial areas. Between these two zones is the Meadowband, a component that consists of circulation zones and access points to recreation areas and public spaces. The decision to not build up to the waters’ edge is a conscious and deliberate protective strategy – these areas are available for flooding with the overflow as the water level rises. The developed areas are further shielded by a series of berms – a soft edge of raised earthworks – and recurrent gates that protect the developed areas in the event of a storm surge.

These soft edges along existing shorelines are antithetical to the decades of development that consisted of building bulkheads in an effort to control tidal marshes for industrial purposes. New Meadowlands implements strategies that respect the natural conditions and incorporates them into a development strategy for a diversity of uses.