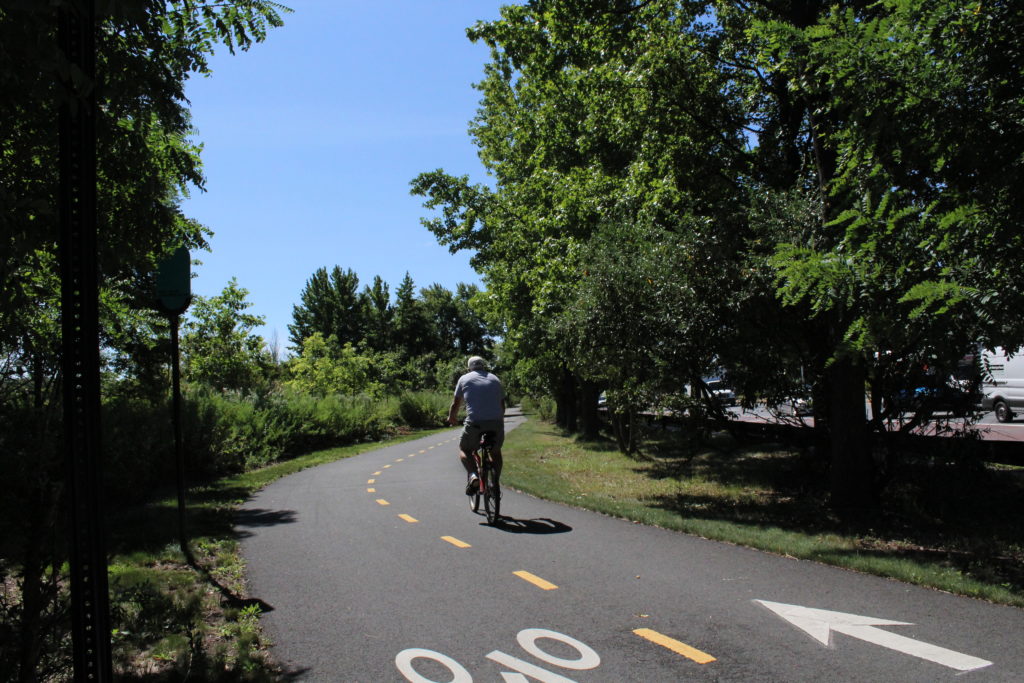 This summer, two years after Freshkills Park’s New Springville Greenway opened, staff installed two Eco-Counter sensors to see how many people are using the new path. Eco-Counters have been used by cities and parks across the world to aid in the understanding of transportation systems like bike paths and pedestrian walkways. Based on the data, the Greenway saw more than 30,000 visitors between July and November! This averages to about 6,000 users per month.

The 3-mile path was built along the eastern edge of Freshkills Park to serve as a future connection to the park, and to provide an off-street pathway for local bicyclists, runners, and pedestrians in the meantime. The Greenway runs from Signs Road and Park Drive North to Travis Avenue, then travels along Richmond Avenue, crossing at Forest Hill Road and continuing to Arthur Kill Road.

Based on the Eco-Counter data, the path is most popular on weekend mornings, but there is also steady use throughout the week. At the section along Richmond Avenue, Greenway use would spike in the late mornings on weekends and weekdays, but it was used more consistently throughout the day along the Travis Avenue section. These findings align with the observational study conducted by Cornell University interns in 2016.

The Greenway was built at a time when cities across the country are developing their bike networks in pursuit of a more sustainable urban system. According to the City of New York’s OneNYC plan, “New York City’s air quality has reached the cleanest levels in more than 50 years, as federal, state, and local measures have reduced emissions from important local and regional sources.” These measures include expanding access to open space, biking, and walking.

As agencies continue working together to improve air quality throughout the city, it’s great to know that thousands of Staten Islanders are making the most of their neighborhood greenway.