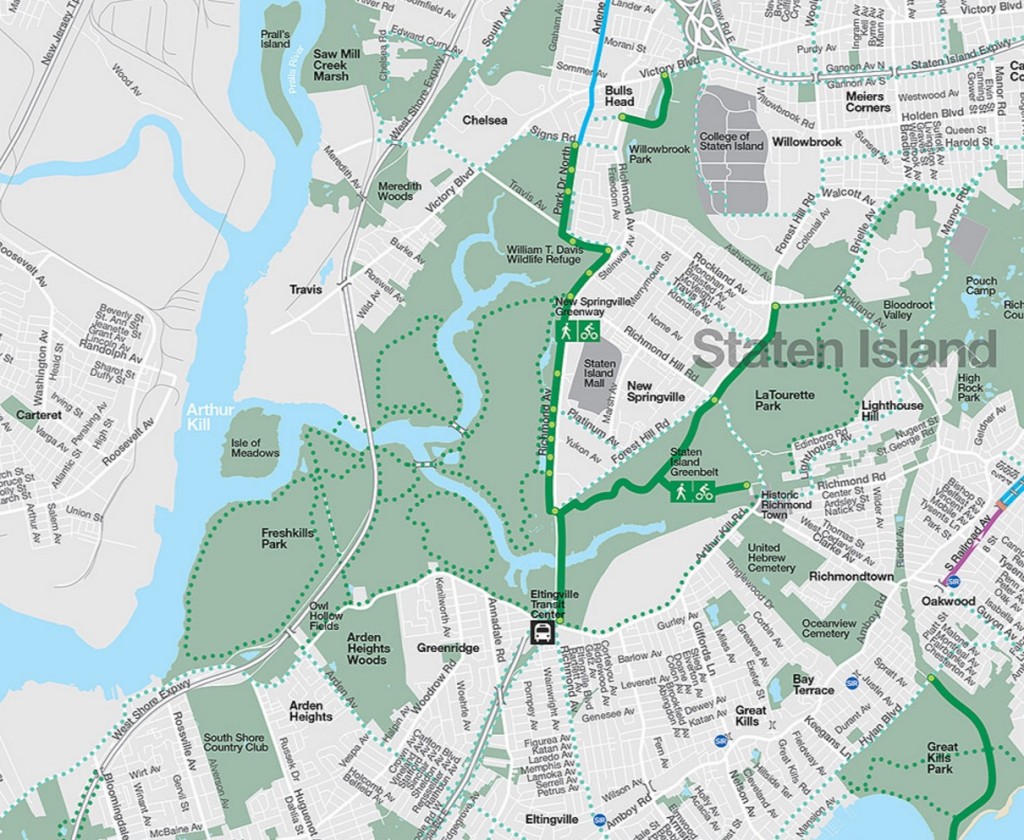 The New Springville Greenway on the eastern edge of Freshkills Park is included in the New York City Department of Transportation 2016 NYC Bike Map. This 3.2-mile fitness path is part of the seven new miles of off-street bike lanes in New York City.

Construction on the 3.2-mile New Springville Greenway was completed in the summer of 2015. The project incorporated the most sustainable techniques in bio-swale design and construction.