Bricks are one of the oldest and most commonly used materials for building on the planet, and until the early 20th century , the most commonly used building material in the United States. The simplicity of bricks is that they are small, which makes them easy to handle during the construction process and capable of forming very large and complex aggregate shapes.

From Behind the Mounds: Park Planning at the 18th Annual Green Horizons Conference 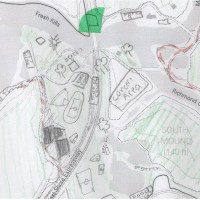 Late last month, Freshkills Park held a workshop at NYC’s Green Horizons Conference for Middle School students. Students and volunteers gathered on what began as a rainy, blustery day in nature to learn about different careers in Natural Resources and the Environment at Snug Harbor Cultural Center and Botanical Garden.