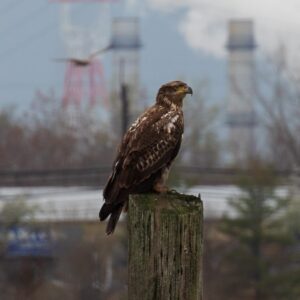 Raptors are birds of prey, made up of hawks, owls, vultures, eagles, Osprey, falcons, kites and Caracaras.  They have strong talons for catching and grasping prey and hooked beaks for tearing flesh. Raptors are apex predators and play an important role in maintaining ecosystem balance by keeping the populations of their prey species at sustainable levels. Raptors are sensitive to anthropogenic (human-induced) disturbances such as pollution, habitat loss, pesticides, and climate change. Therefore, they are ecological indicators, meaning we can use their presence as a gauge of habitat health. Raptors are a main feature at Freshkills Park, and depending on the season, up to 21 species of raptors can be found.

Here are a few species we enjoy seeing at the park but see below for a list of all species found throughout the year.

New York State Status: Threatened
Northern Harriers are a grassland and marsh-associated raptor. They can be found at Freshkills park starting in late summer through late spring, soaring low over the grasses looking for prey (small mammals and birds). From far away, they can be identified by their large, white patch at the base of their tail. This species of hawk is sexually dimorphic, meaning that males and females appear different in appearance. Adult males are gray, and females and immature males are brown. Northern Harriers are proficient hunters, relying heavily on sight and sound to capture small prey like rodents and small birds. They have a ring of stiff feathering around their heads, which helps funnel sound to their ears. This ring of feathering and a flattened face, makes them superficially resemble owls, though they are not related. Northern Harriers have declined since the 1950’s due to land conversion, reforestation, urbanization, and pesticide use. They last nested on Staten Island for certain in 2005 at Great Kills Park, but a pair stayed late into the breeding season at Freshkills Park in 2021. Although they did not nest successfully, their nesting attempt suggests that they may soon return to their former status as a breeding bird on Staten Island. 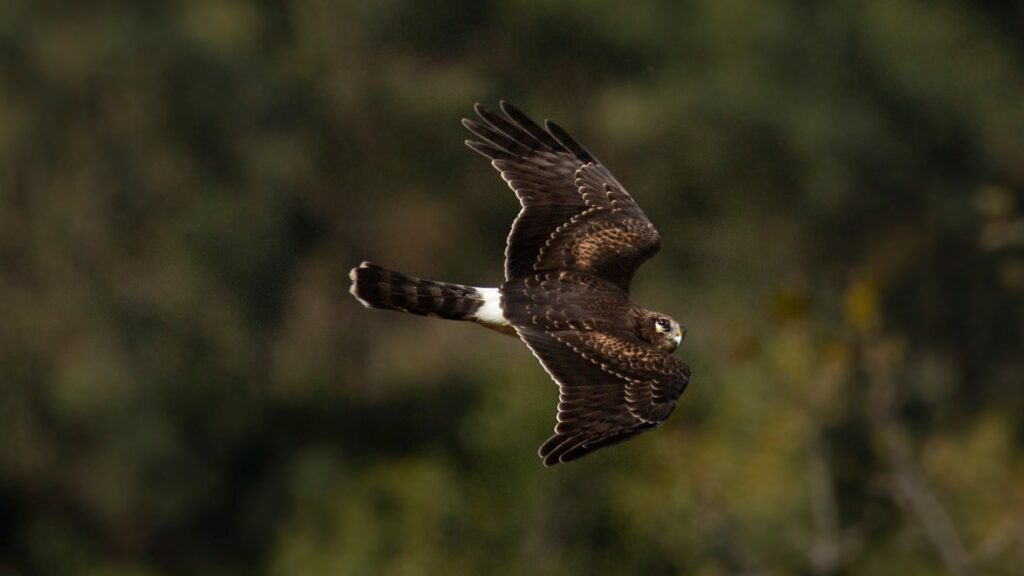 New York State Status: Endangered
Short-eared Owls are a medium-sized owl species that are currently listed as endangered in New York State. They require large, open areas—like grasslands and marshes—to hunt. Short-eared owls are crepuscular, meaning they are most active at dusk and dawn. Historically, Short-eared Owls were breeding birds in New York City and parts of Long Island, but since the mid-20th century, they have declined substantially, and no longer breed in the New York City area—a pattern that is evident throughout New York State. At Freshkills Park, they can be seen foraging over the marshes and grasslands at dusk and in the early morning throughout the fall and winter.

American Kestrels are small falcons. Like the Northern Harrier, American Kestrels are sexually dimorphic. Male kestrels have blue-gray wings, while females are mainly brown, with more extensive barring on their wings. American Kestrels are found in the park year-round, and will nest in nest-boxes that are maintained on-site. During migration, over a hundred kestrels can be seen foraging over the grassland at Freshkills Park for large grasshoppers and dragonflies. 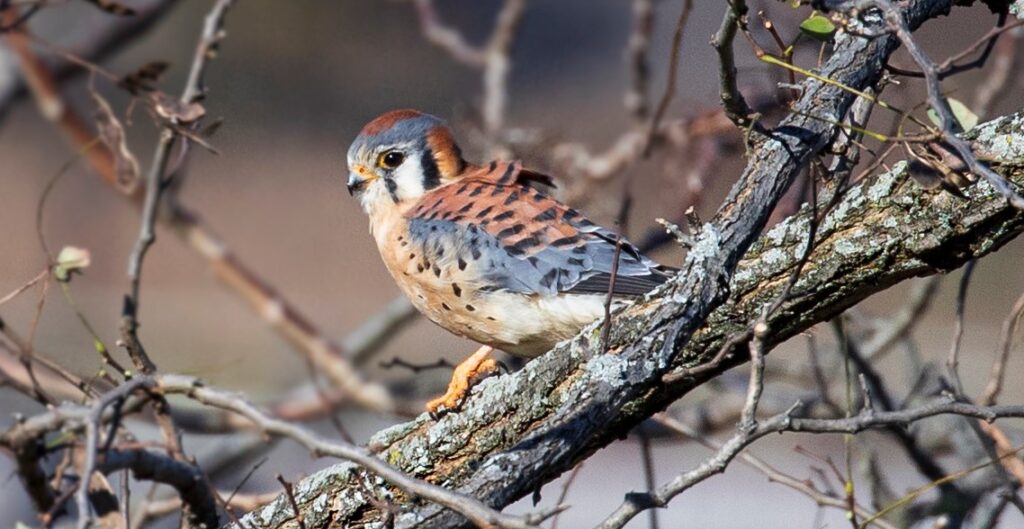 Turkey Vultures are found year-round at Freshkills Park. They are usually seen soaring in the thermals high above the park. Turkey Vultures have a red head which does not have any feathering. The lack of feathering helps keep the vulture clean while they feed on carrion (flesh of decaying carcasses, such as deer). Vultures’ stomachs are highly acidic, which kills bacteria and other pathogens, allowing them to exploit carrion as a food source when other species cannot. Vultures play a crucial role in maintaining ecosystem balance by cleaning the environment and preventing the spread of disease.

New York State Status: Threatened
Bald Eagles are found throughout the year at Freshkills Park. They are typically found perched on trees overlooking the marshes, but do not currently nest at the park (though they do elsewhere on Staten Island). Bald Eagles were historically over-hunted and trapped. Also, like many species of raptors, Bald Eagle populations severely declined in the 1950s-1970s, due to effects of DDT, a pesticide that was commonly used. Pesticide accumulation (from ingesting contaminated fish and other prey)  led to the softening of egg shells and infertile eggs. This resulted in a crash of reproductive success and drastic population declines continent-wide. Legislation, such as the Endangered Species Act, the Migratory Bird Treaty Act,  and the banning of DDT in 1972, have all contributed to the ongoing conservation success of Bald Eagles, which have rebounded since the 1990s. 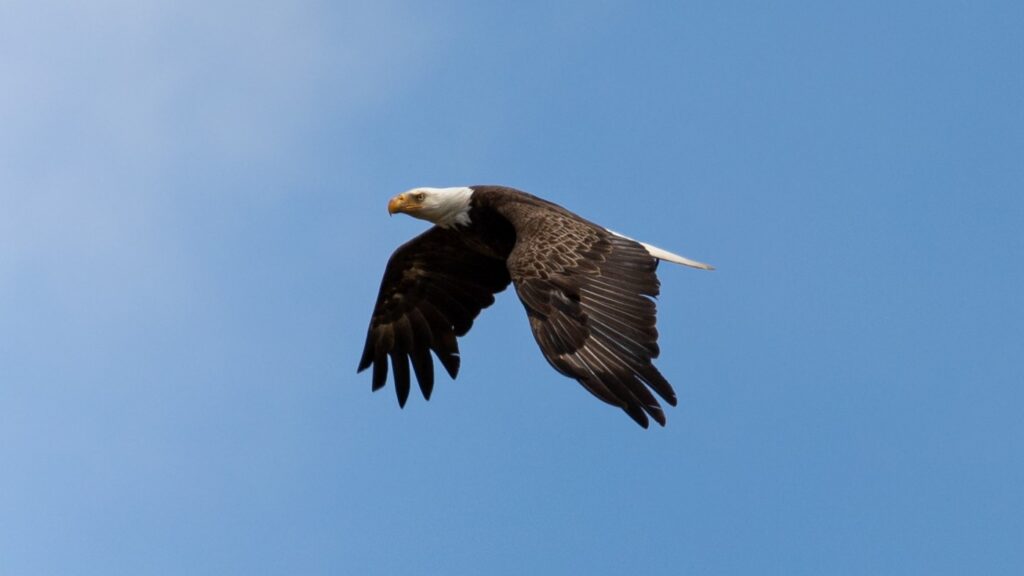 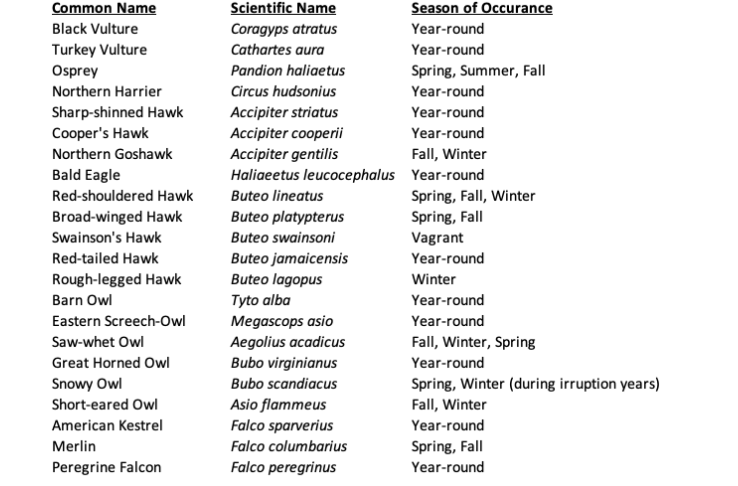 Explore the Wildlife at Freshkills Park