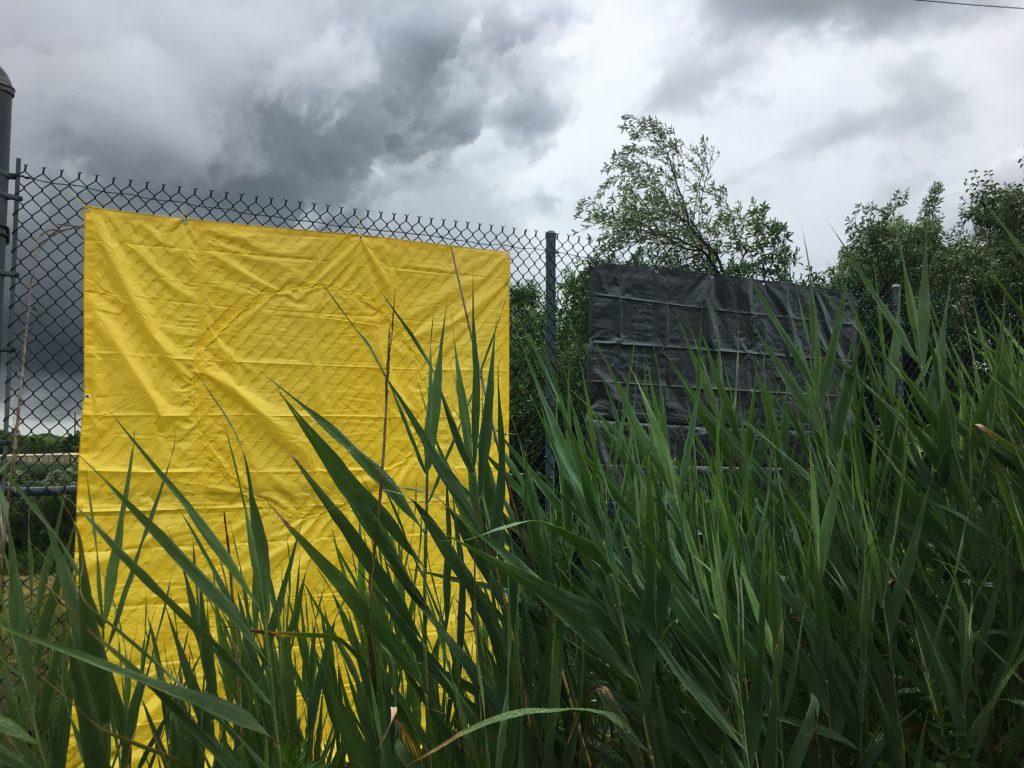 Ash Ferlito’s Sun Tarps is a series of forms made from exposing tarps to the natural elements for one year. The tarps serve as the canvas on which the natural world plays to form the image of the artwork. Sun Tarps is thus an illustrative case study of the larger processes of transformation inherent to the landscape reclamation and growth of Freshkills Park. Each tarp, after a year’s exposure to the elements, will make visible aspects of creation, degradation, and the interface between natural and artificial design.

Sun Tarps uses two heavy duty tarps of black and yellow, secured side-by-side to an existing chain link fence in the Park. Ferlito “drew” a sun form on one tarp and a moon form on the other, using zip ties in a kind of large-scale embroidery technique. Continuous exposure will degrade each tarp fabric differently over time and develop the image formed by the unique placement of the zip ties. The zip ties serve as anchor points, and while the areas immediately around these points move less, the untied areas will sustain more movement from wind, which may cause the material to degrade, discolor, and fray.

As artists shape and change materials, so too does the environment ceaselessly remake the exposed natural world. By giving nature agency over the work’s execution, Sun Tarps creates a framework in which environmental activity becomes explicitly aesthetic, in collaboration with the artist. The artwork will span one year, starting from installation on June 21 – Summer Solstice and the day with the largest number of sunlight hours – through the following Summer Solstice, and will thereby create a time-lapsed imprint of a full cycle of seasonal phenomena. 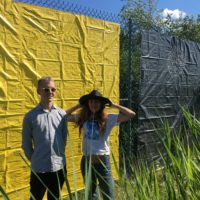 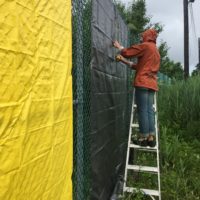 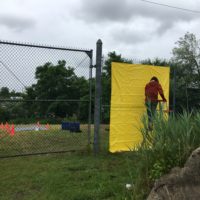 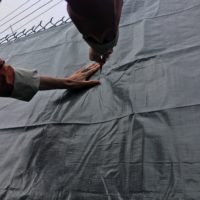 Ash Ferlito (b. California) lives and works in New York City. She has degrees from Yale University, The Tyler School of Art. She has exhibited her work internationally and attended residencies at Skowhegan School of Painting and Sculpture, Marble House Projects, University Nevada Las Vegas, Vermont Studio Center, and others. In 2018 she was awarded a summer studio residency at the New York City Audubon Nature Center on Governors Island. She enjoys biking and looking at birds.