Mierle Laderman Ukeles has worked as the first and only official artist-in-residence for the New York City Department of Sanitation since 1977, where her projects have included Touch Sanitation (1978-1984) and Flow City (1983-1996). She regularly installs another project, The Social Mirror at the Freshkills Park Sneak ‘Peak’ fall festival. Listen to Ukeles’ ambient art project that captures the sounds of various birds at the former Fresh Kills Landfill, 45 Species of birds found at the Fresh Kills Landfill © 1995, by Mierle Laderman Ukeles and commissioned by the Percent for Art Program, NYC Dept of Cultural Affairs, and the NYC Dept of Sanitation. 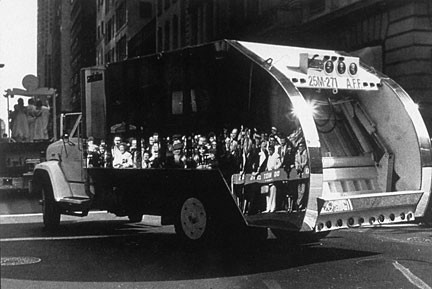 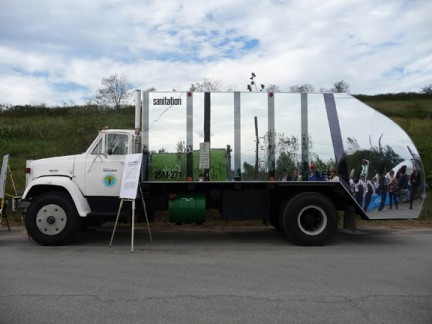 Not surprisingly, Ukeles has also played an important role in the Freshkills Park project, advocating for a public park on the site since 1989. She has produced several gallery installations on Freshkills Park and was a contributor to the Draft Master Plan.