They came, they saw, they conserved: Rachel Boeglin reflects on her time as a Conservation Corps Fellow at Freshkills Park 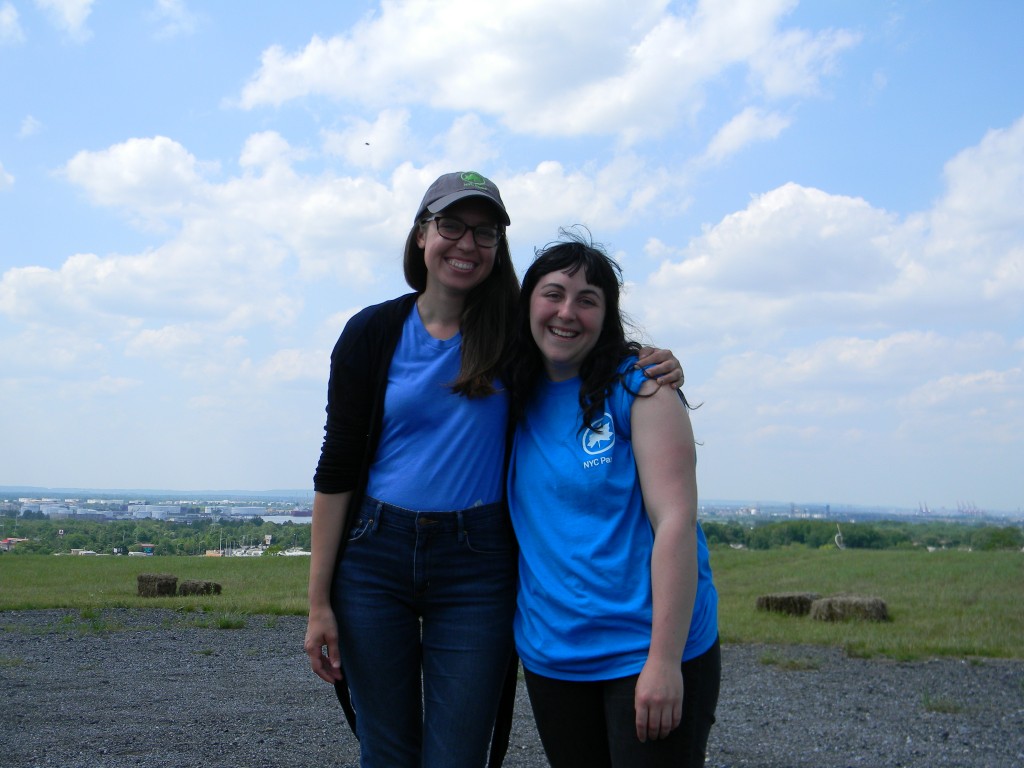 This year, more than 900 people applied for a position with New York City’s Parks Fellowship & Conservation Corps. The increasingly popular program is a 40-week public service commitment in which individuals are assigned to divisions throughout the agency to help protect and enhance New York City’s parks and natural resources. From September to June, Freshkills Park was lucky to have two Conservation Corps Fellows, Rachel Boeglin and Eva Neves. They led educational tours, empowered volunteers, and designed new programs and promotional material for print and the web. During her last week as Education and Volunteer Coordinator, Rachel answered a few questions about her experiences with NYC Conservation Corps and Freshkills Park.

You’ve learned a lot about Freshkills Park during your time as a Conservation Corps Fellow. What is one of your favorite facts about the park?

Although it’s an unfortunate fact, relaying the sheer size of the site (990 acres being the former landfill, 2,200 as the park), and noting its history as the formerly largest landfill in the world packs quite a punch with students and adults alike. It very effectively calls into question our consumption habits, which isn’t something we’re often faced with.

In your own words, what is Conservation Corps and why is it awesome?

The Conservation Corps is a 10-month program that brings fresh faces in to work for the Parks Department for that term, while giving the Corps members a well-rounded view of what the entire agency accomplishes via presentations, site tours, and service days.

The program is awesome, as it draws in so many people passionate about New York City and its environment. As our fellow Corps members had a vast diversity in educational backgrounds and experience and were placed all throughout the agency, we got to more intimately know the full breadth of work that Parks does, while getting to know some great people along the way.

Let’s reflect a little. What led you to pursuing this opportunity with Freshkills Park, and where has it taken you?

Freshkills Park is incredibly interesting and multifaceted. I was drawn to its history as a former landfill and how the park really ties that history into its identity. It’s an effective learning tool, and I was excited about the possibility of making the discussion of consumption and waste management a bigger part of its educational programs. Giving tours and presentations about the park was so rewarding, as it is such a beautiful place to share with people, while it also provides so much fodder for learning and imagination.

Beyond the educational component, I was also able to work to expand the park’s volunteer program, which was an incredibly rewarding experience. There are lots of folks throughout Staten Island who have a great sense of anticipation around the site’s transformation and who want to contribute to the park as soon as possible. Helping to harness some of that energy has been such a great experience, and I look forward to seeing how the volunteer program evolves over time!

What advice do you have for people interested in becoming more involved with FkP or NYC Parks in general?

New York City has so much opportunity for learning and exploration, and the people who work in agencies like Parks are so excited to share that knowledge and passion with whoever is interested. I think a great first step to getting more involved in Parks or at Freshkills in particular is to volunteer. Often, volunteering is so much more than just accomplishing a task that needs to be done, but is also a valuable educational and networking experience.

I am truly grateful for my experience in the Conservation Corps and with Freshkills Park!