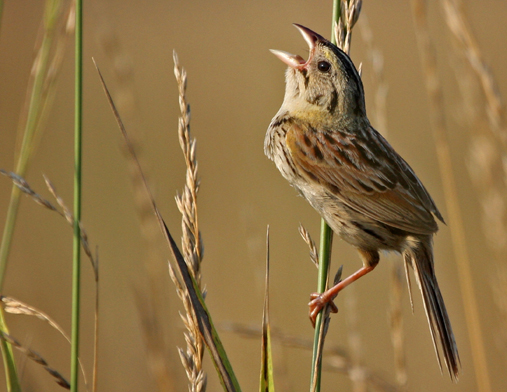 A two-year study at Michigan State University finds that growing native prairie grasses for biofuel harvesting is more beneficial to wildlife populations than monoculture stands of corn. The research team, headed by biologist Bruce Robertson, attempted to identify ecologically sound biofuel alternatives that are as cost-effective as corn, which is currently the primary feedstock for deriving ethanol in the US. The study showed that almost twice as many insects and birds were present amongst mixed prairie grasses than corn. Fields of only switchgrass yielded less wildlife presence than those of mixed prairie grasses, but still greater levels than tracts of pure corn. The study prompts questions about how often feedstock would need to be harvested and how disruptive harvest would be to wildlife on site, but it also gives early support the hybridization of strategies for addressing biodiversity and renewable energy generation.