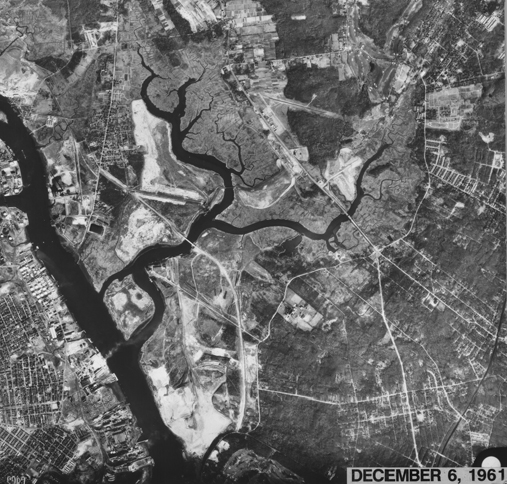 We’ve recently added a series of  high-resolution aerial photographs of the Fresh Kills region to the Freshkills Park flickr stream, displaying the incredible transformation that the West Shore of Staten Island has undergone since 1943 (landfill operations began officially in 1948).  Close inspection tracks the expansion of landfill operations over marsh land, the development of the West Shore Expressway through the site and the influx of new residential communities–as well as commercial outlets like the Staten Island Mall–to the region.