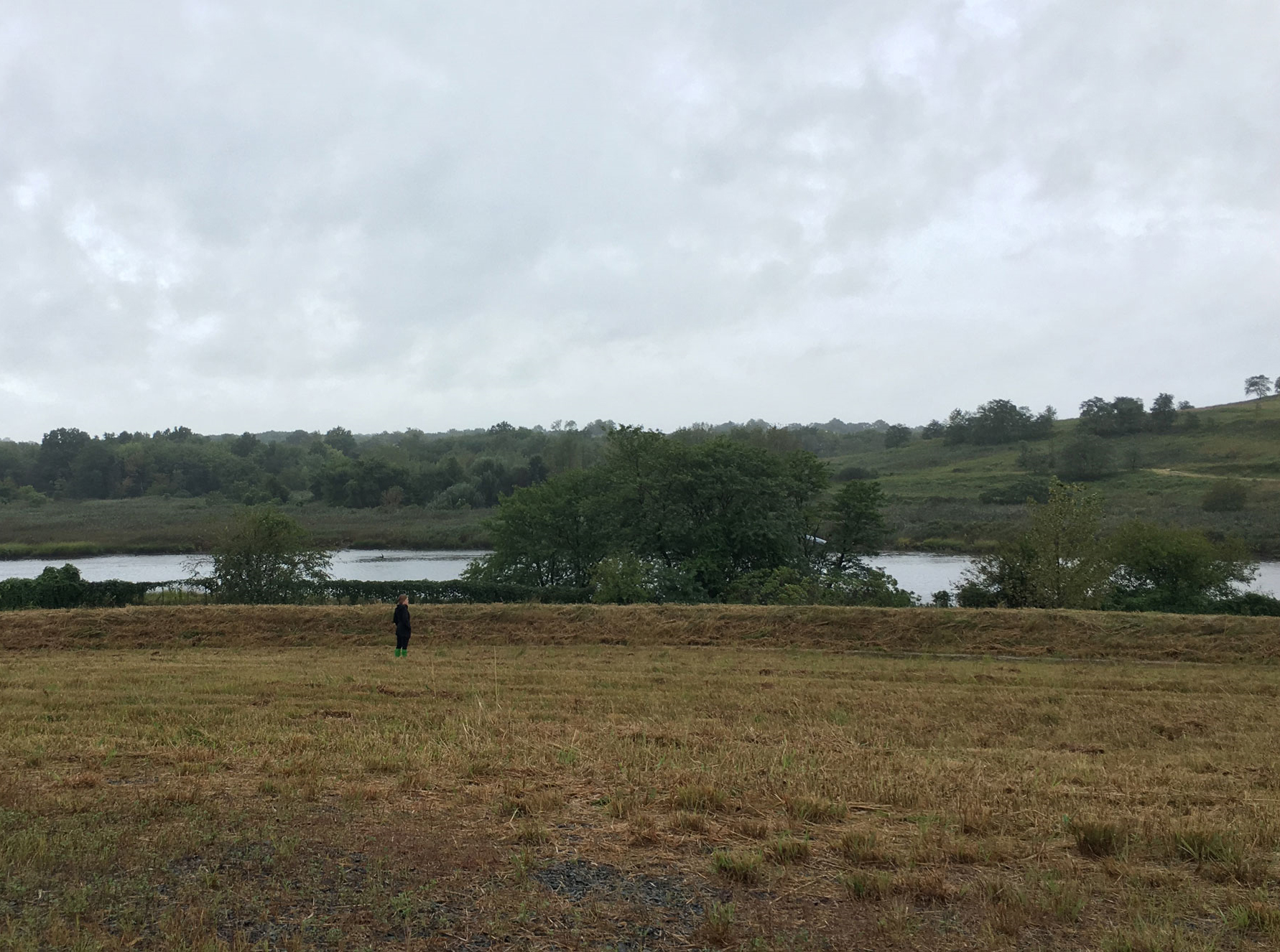 This summer, the inaugural Urban Omnibus writer in residence, Dani Alexander, had the opportunity to roam the future Freshkills Park’s four mounds. By foot and by car, under beating sun and pouring rain, Alexander explored the urban wilds of Staten Island, where highways meet gas wells, herons, and kayakers. As a landscape architect, Alexander brought a knowing eye to the 2,200 acres of park-in-progress. As a former Queens resident, she was attuned to the intersections between the site’s history and her own. “Reorientation,” published in Urban Omnibus, is both collection and recollection, where natural specimens and personal memory are recombined and revived in a landscape with a life of its own. Read an excerpt below, or find the full essay at Urban Omnibus. Our inaugural Urban Wild Writer in Residence reports from the four mounds of the future Freshkills Park.

Something bites the corner of my right eye – my skin warms and hardens as it rises into a perfect circle. The welt is maddeningly itchy. I am now a part of the ecosystem; someone’s food source. Buzzing and chirping envelop me. I mistake the trickling of sweat down my leg for another hungry intruder and slap it away.

I’m looking out into the distance. Across the river in the foreground, I can see trucks moving up and down, back and forth across a hillside. Laborers too small for my eyes are working over a patch of black plastic, tacking it down, adding more panels. They are spreading the layers that will close and protect decades of trash from disturbance.

Where am I? I ask myself this over and over again at Freshkills Park, continuously under construction for over ten years. The site was once entirely a vast wetland, and the waterways’ names hearken back to the original colonists of Manhattan – “kills,” deriving from the Dutch word for water channel or riverbed. Claimed as a temporary dump site, the concatenation of trash mounds expanded into the world’s largest landfill. For decades, local residents and politicians fought the landfill’s expansion. The odor of years of waste and chemical deodorizers pervaded the west side of Staten Island. I’ve heard it called “the dump borough” to this day. As the New York City Department of Sanitation expanded the site and created new mounds, it closed and capped others, creating a landscape of smooth humps and river valleys.

Now the plants and animals are moving in.

Read the rest of “Reorientation” on Urban Omnibus