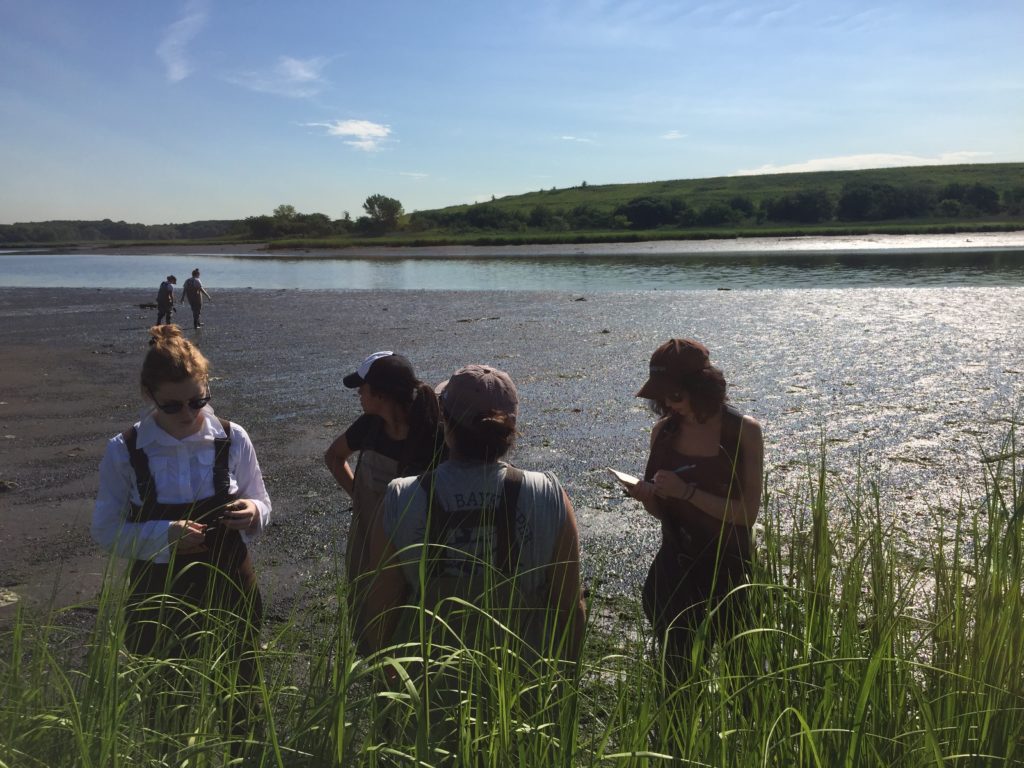 Storm surges reached near record highs in Boston during an intense winter storm early this year. Storms are being seen with increasing strength and frequency throughout the country, and they’re being coupled with increasing costs of repairs and restorations. This has given rise to creative mitigation strategies to limit the impact of severe weather events. The most recent strategy is NY/NJ Baykeeper’s plan to build an urban living shoreline and oyster habitat at Earle Naval Weapons Station in New Jersey.

After suffering over $50 million worth of damage in Superstorm Sandy, the navy turned to nature for a possible solution. Now nearly a mile of oyster reefs off of its shores will act as a natural buffer to storm wave damage. Oyster reefs help to alleviate the effects for storm waves by slowing them and absorbing their energy as they pass over the reefs. This ultimately decreases the force and height of the waves when it meets the shoreline. Oysters also filter and clean the waters where they are found.

Through reintroducing natural systems into urban environments, such as living shorelines and oyster reefs, we can create more resilient cities that are prepared for increasingly volatile weather patterns. When coupled with projects like the living dock that create novel ways of harnessing the benefits of natural systems to clean the waters, cities have the potential to become healthier, too.