The red fox, one of Staten Island’s rarest and most elusive mammals, is now living in what was once the world’s largest landfill. Prompted by occasional sightings, our science team has set up specially designed motion sensor cameras to capture any movement of wildlife within Freshkills Park. The resulting images and footage will give the researchers insight into what the foxes are eating, what time of day they are active, and the success of the kits. 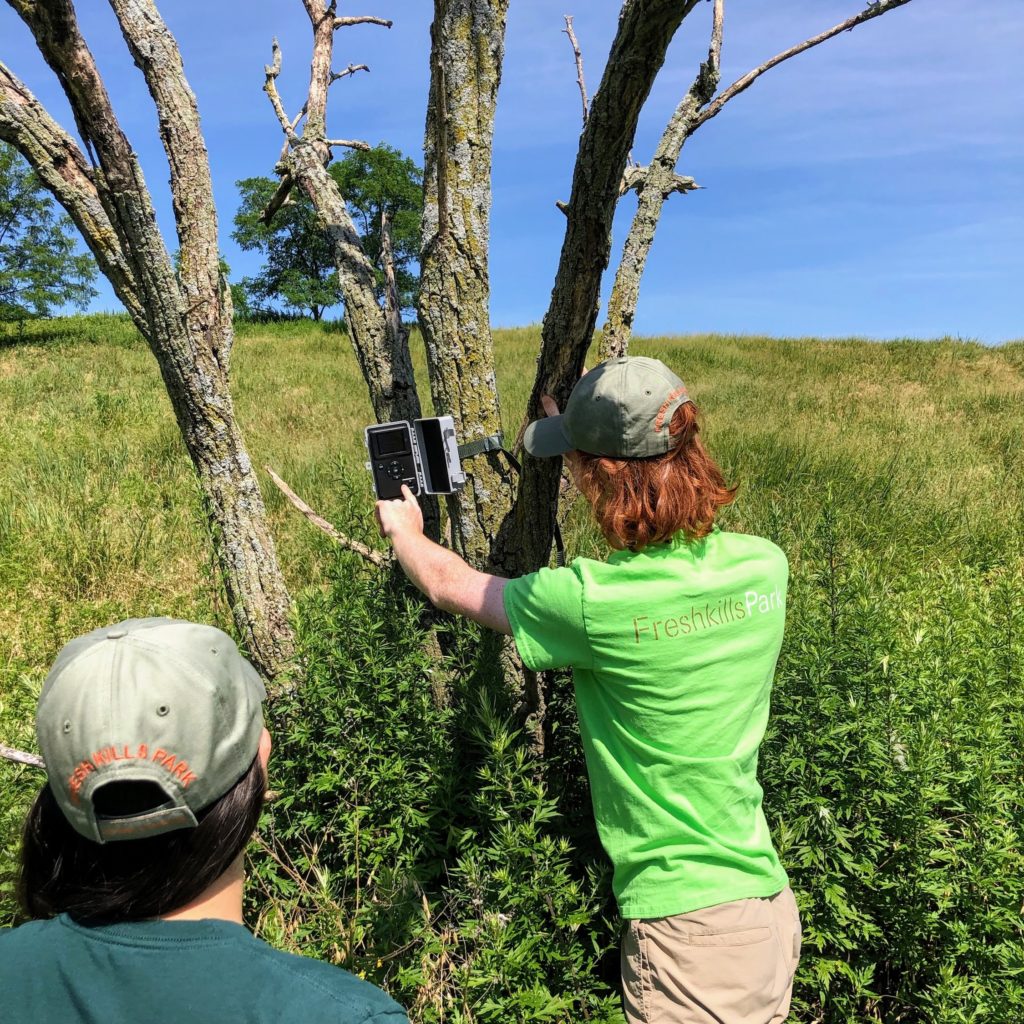 While foxes eat their fair share of berries (resulting in the spread of native plant seeds), they also hunt small mammals. By keeping the population of rats, groundhogs, and rabbits in check, foxes are considered keystone predators. The presence of this ecologically important species in Freshkills Park suggests that the management goal of bringing back native fauna has been successful. 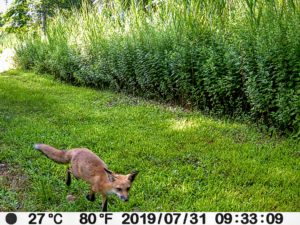 The foxes are currently residing in a remote section of Freshkills Park, where humans bother them less frequently. According to Popular Science, foxes can only be found in “the most isolated places in the city.” At the park, the foxes can indeed utilize an empty network of roads for easy passage during hunts, thrive on a healthy population of small mammals, and not worry about human disturbances. As long as parts of Freshkills Park remain wild into the future, it will remain an important urban wildlife refuge for generations to come.