Powered by the East River 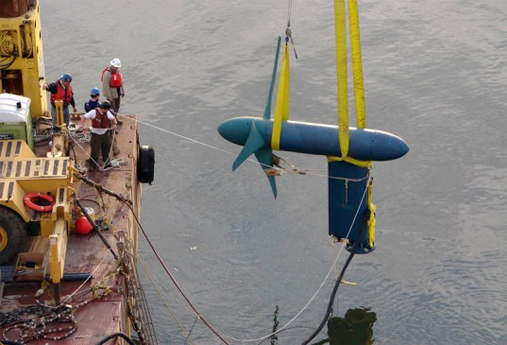 The Federal Energy Regulatory Commission has approved a 1 megawatt tidal power project on the East River, granting Verdant Power a license to generate and sell electricity from underwater turbines. It is the first commercial license for tidal power ever to be issued in the United States.

The pilot project, known as the Roosevelt Island Tidal Energy (RITE), will be comprised of up to 30 turbines in the East Channel of the East River. Verdant, an NYC-based company, will test, demonstrate and deliver commercial electricity from their Free Flow Kinetic Hydropower System.

The project has been in the works for nearly a decade, with Verdant testing prototypes from 2002-2006 and demonstrating on a smaller scale from 2006-2008. Over the demonstration period, six turbines delivered 70-megawatt hours of energy total to two separate facilities on Roosevelt Island.